Toxic chemicals in food raise health concerns in Cambodia | Asia | An in-depth look at news from across the continent | DW | 28.06.2017

To meet growing demand for food, Cambodian farmers have been increasingly resorting to the use of chemical fertilizers and some banned pesticides. But many are concerned about their negative effect on public health. 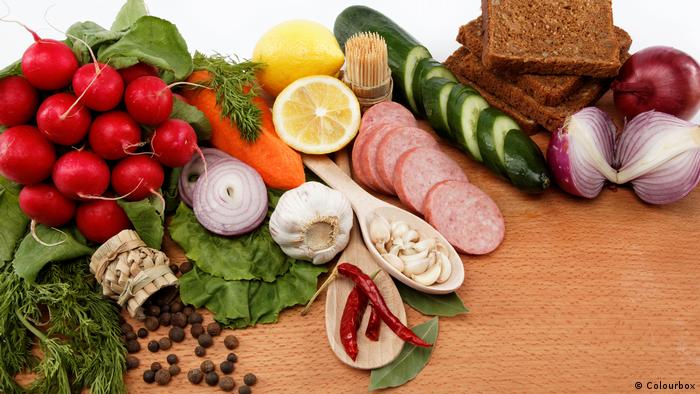 A growing population and rising incomes have caused a spike in the demand for food in Cambodia in recent years. In response, farmers in the country have increased the use of pesticides - some of them illegal - to boost agricultural production.

But this rampant use of toxic chemicals, experts warn, is likely to cause many negative long-term health effects, including immune system disruption, an impaired nervous system and the development of certain types of cancer, among other things.

The hazardous substances are used not just by farmers, but also by retailers who want to ensure the fruits and vegetables retain their fresh look for a longer period, as desired by Cambodians.

"Banned substances such as sodium hydrosulfite and borax, known in Khmer as msao sor and tek ansar, are used to maintain the fresh look and color of popular food items like chopped palm fruits, gingers and lemongrasses," Sieng Huy, execute director of the Cambodian Chemical Society (CCS), told DW.

This is, however, not a problem unique to Cambodia. Pesticide use is also widespread in neighboring Thailand, which imports thousands of tons of pesticides every year worth hundreds of millions of dollars.

These chemicals are predominantly used by farmers to increase food yields, and they stringently oppose any measures aimed at curbing their usage. "I know using chemical pesticides is dangerous for health, but I just cannot avoid using it," said Sen Sos, a farmer from Battambang.

Agriculture plays an important role in the Southeast Asian nation's economy, accounting for about 37 percent of GDP and providing employment to around two-thirds of the total labor force, according to the Food and Agriculture Organization (FAO), a UN body.

Against this backdrop, the government has found it hard to act. "It is difficult to stop the farmers from using pesticides, given the acute competition they face on the market," Cambodia's Agriculture Minister Veng Sakhon told DW.

Many pesticides used in Cambodia also fail to meet international quality standards and unregulated imports of many banned chemicals are readily available in the country, say critics. "Some illegal pesticides are sold under different names and labels," analyst Huy said, pointing out that they are likely to cause serious diseases and cancers in the long run.

Cambodia also imports vast amounts of agrochemicals from its neighbors Vietnam and Thailand. While all of them have to be inspected by officials to prevent the import of illegal substances, the agriculture minister said it's not possible to guarantee that no illegal pesticides will enter the country, "as they can be smuggled into the country without the knowledge of the authorities."

Another problem is related to the language used for labeling purposes. Many pesticides found in the shelves of Cambodian shops are labeled in foreign languages like Thai and Vietnamese. As a result, Cambodian farmers often find it difficult to understand the instructions, thus routinely resulting in the farmers using the pesticides in excessive quantities than is prescribed.

This is why experts call for the labeling to be made available in the local Khmer language. But that's not all. There are also calls for the government to take measures to raise awareness among farmers about the ill-effects caused by the rampant use of pesticides.

"Some farmers are very much aware of the issues involved," said CCS analyst Huy. "That's why they plant two different crops - one in organic ways that is intended for their family consumption, while the second involves harmful chemical pesticides and is intended for others," she explained.

Still, concrete action on the part of the government to counter the problem is missing, say critics, even though there is enough public support for taking anti-pesticide measures.

"The problem cannot be solved in the short term," the minister noted. He also added: "I also don't think the use of chemical pesticides is a big problem, even medicines also have their pros and cons," reflecting his view that it's not a serious issue facing the country.

Nevertheless, Cambodia's government has been encouraging the use of biopesticides to ensure the quality and safety of the nation's food products. However, their use still remains very limited.

"I really hope there will be an expansion in the use of biopesticides in our country, but for now the government doesn't have enough funds to promote them," Minister Sakhon said.

"The government has to conduct regular and proper checks of all the chemical pesticides that are sold in the country, in addition to taking strong action against those who misuse these products," said Sieng Huy.