Many of the top holiday destinations of the Mediterranean country fear the damaging consequences that a hard Brexit and a recession in Germany could have on their economic perspectives. 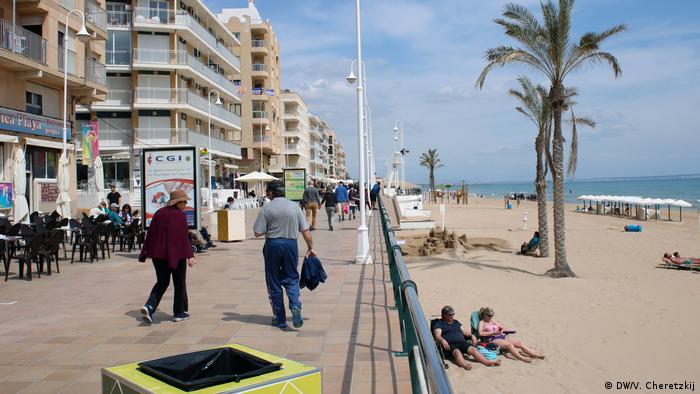 Summer has come and passed; but this year, the Spanish tourism industry has no time to rest. While some still enjoy a few more days of sunshine, clear water and the smell of sunscreen in Mallorca, others will have to be ready to take important decisions fast.

Years ago, Spain could be sure to expect a growing number of British and German tourists staying for days, weeks or even months from Mid-June to mid-September in the paradisiacal Balearic islands, the semitropical Canary archipelago, the charming Andalusia towns or the captivating Catalonian coast, among other beloved beach destinations of the Mediterranean country.

This year however, some worrying trends have clouded the late summer season. The National Institute for Statistics published a few weeks ago that the number of international tourists dropped by 1.3%, with German and British tourist numbers falling the most. There were 3% fewer Germans on holidays in Spain in July, while the British figure declined by 2.2%.

That might sound like a minor matter of concern, but it's not for the country's most important sector. It comes at a time when the economy starts to finally show stronger signs of recovery after years of a painful economic crisis that left millions unemployed and forced many others to leave to colder lands.

"Because of the climate, we are safe in the Canary islands, but our Mediterranean destinations have to compete with very strong players, especially Turkey and its resorts in Antalya," Robert Tornabell, an economics professor at the Barcelona-based ESADE business school, told DW.

Morocco, partly Tunisia and in some ways Egypt are also big competitors, he adds, but Turkey is the strongest headache. The depreciation of the Turkish lira has made it way cheaper for tourists coming from eurozone countries to go there on holidays. Years ago, the country had big security problems, but its recent relative stabilization had made its tourism industry competitive again.

Yet there are two other dark clouds on the horizon. As Britain moves closer to the possibility of a hard Brexit, Spaniards wonder how this will affect them. Only in July, 10.4 million Brits visited Spain.

"The United Kingdom is our first market, both in terms of the number of visitors and their spending", says Gonzalo García, a consultant at Analistas Financieros Internacionales. "It's not just about the behavior of the pound, companies are also worried about how flights are going to work, or how tour operators are going to make reservations," he told DW.

The Spanish and the British economy are intimately intertwined when it comes to tourism. Indeed, the fall of Thomas Cook has posed a major threat for some local and regional economies in Spain, especially in the islands. The British Travel Group used to bring 3.2 million annual visitors to Spain and the collapse could lead to millions of euros in losses.

Labor unions have warned that thousands of jobs could be at risk. In fact, the Canary regional government has already asked Madrid to step in and help to avoid dramatic consequences.

But besides the Thomas Cook case, Brexit will have a clear impact on the Spanish economy. Ricard Santomà, head of the Tourism School at Ramon Llull University in Barcelona, thinks the London-Brussels divorce will mainly affect British customers who seek low-cost  holidays in Spain, sometimes called  "drunkenness tourism," or turismo de borrachera in Spanish.

Basing his analysis on studies that suggest Brexit will hit harder on low-income groups, he expects the likely depreciation of the pound will make Spanish beaches and resorts more expensive for them. "Some areas in Spain and Catalonia are very reliant on this, because they live off this low-cost tourism," Santomà told DW. 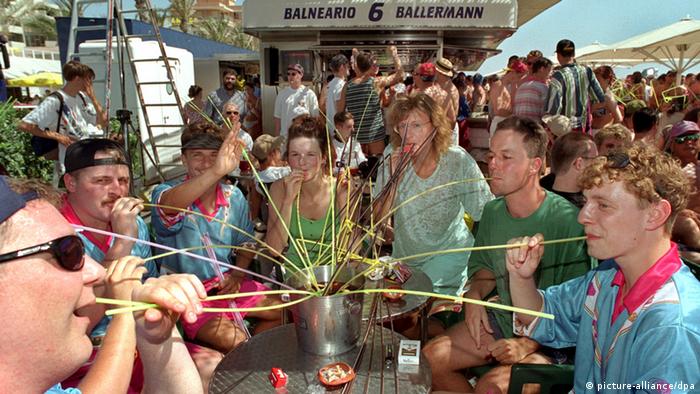 Mallorca is particularly popular with low-budget tourists — maybe even too popular, if you talk to some of its residents. Now the Spanish island is trying to control its "overtourism" problem

But why Germans? Don't they like Mallorca anymore? Professor Tornabell believes that a recession in Germany can very likely have an impact on the number of German tourists going on holidays to Spain. This effect, however, would be limited to those beaches that are conditioned by the summer season. "Different surveys predict a drop, between 5% and 10%," he says.

Again, a cheaper Turkish alternative could seduce tourists, especially in the German and Scandinavian markets: "Germans are very careful with the way they spend their money. If it's cheaper in Turkey, they will go there," Tornabell says.

Yet, Llull University professor Ricard Santomà also sees an opportunity in this trend: "Sun and beach are good reasons to travel, but they shouldn't be the only one." And, in his opinion, "those destinations who have started a transition towards a more sustainable, cultural, environmentally-friendly tourism will have less problems."

He doesn't seem to be very worried about a decline in the number of German and British tourists. Rather, he thinks there's an interesting change happening: "I don't think we will see less Germans on the beaches like those on Mallorca, but we will see less bad tourists," he says, referring to visitors who don't respect the environment or the local culture, and who don't interact with the inhabitants.

Spain is already realizing how important it is to look for another kind of tourists, Santomà concludes, more respectful ones, but also those who might spend more money. "Because in Germany, as well as in the UK, there are very good tourists, but also very bad ones."