Bardet cruised to victory in the last kilometer to earn France's second stage win of the Tour de France. Chris Froome is still in the overall lead and looks set to win his second win. 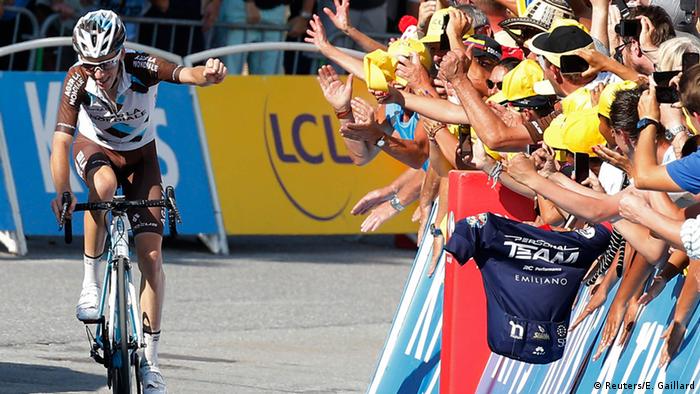 Froome, champion in 2013, is halfway through the hurdle of the Alp Mountains with three stages left, including Sunday's ride through the streets of Paris.

The 30-year-old only managed to finish 11th on Stage 18, but maintains the three-minute margin of comfort ahead of Colombian Nairo Quintana.

The grueling 186.5 kilometer stage between Gap and Saint-Jean-de-Maurienne was eventually won by Bardet whose late attack on the last ascent was wonderfully timed and he came across the line 33 seconds ahead of Pierre Rolland of the Europcar team.

"It was difficult to get in the breakaway. I knew that with a late attack in the Glandon I could then take time on the others thanks to my descending skills," said Bardet.

Bardet is the second French rider of the Tour to win a Stage after Alexis Vuillermoz's win on the eighth race at the Mur-de-Bretagne.

Stage 19 on Friday is 138-km trek from St Jean de Maurienne to La Toussuire, which will be the second last chance for Froome's rivals to catch up before the end this weekend.