French authorities presented Islamist gunman Mohamed Merah's older brother to a judge on Sunday to face charges related to terrorist acts in which seven people were killed in southern France earlier this week. 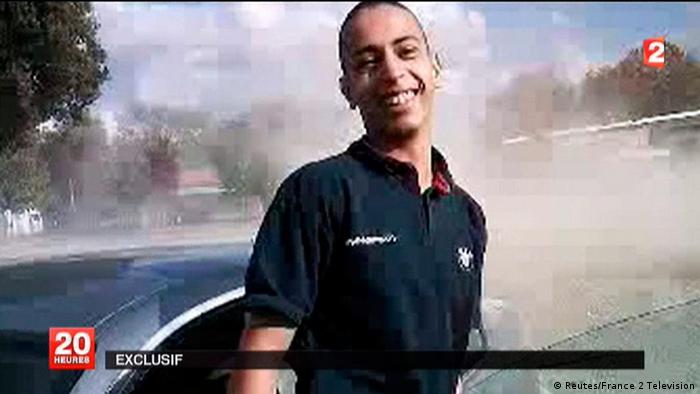 The older Mehar, 29, has denied helped his brother Mohamed, 23, kill his victims. Mohamed murderered seven people, including three children, before dying at the end of a 32-hour siege when he jumped from a window to flee a hail of police bullets.

Prosecutors said Abdlekader was presented to a Paris judge on charges of criminal conspiracy aimed at planning terrorist acts and of complicity in murders and gang robbery. Their statement said police had found evidence that showed his likely "participation as an accomplice in the committing of crimes linked to a terrorist enterprise."

Abdelkader's girlfriend, who was also taken in for questioning, was released on Sunday. "It is a relief for her, but she is also devastated because [Mehar] is going before a judge. She is finding out about his double life," her lawyer Guy Debuisson said.

"I have already said there was nothing against my client, she knew nothing about the real, secret life of her [partner]," he added.

The lawyer said he thought that "on the evidence that has come out of the enquiry, there is a very strong chance that [Abdlekader] will go to prison."

Police union spokesman Christophe Crepin told reporters that they had already gathered evidence suggesting Abdelkader had "furnished means (and) worked as an accomplice," but he refused to comment further, according to news agency AP.

French law required that Merah be charged or released Sunday after four days in detention.

The elder Merah told police during questioning that he was "proud" of his brother’s actions, but he denied having helped him. He did admit, however, to having been present when his brother stole the powerful scooter on which he fled after carrying out his attacks.

Police and prosecutors have described Abdelkader as a more radical Islamist than his brother, noting that he has long been known to police for his "fundamentalist religious convictions," a police source said.

French President Nicolas Sarkozy labelled the younger Merah a "monster" after he killed three Jewish children, a trainee rabbi and three soldiers in three separate attacks in or near Toulouse.

Large gatherings are planned nationwide on Sunday to pay tribute to Merah's victims, including an inter-religious march in Toulouse. Hundreds have already paid tribute in recent days, attending silent marches in Lyon in eastern France and Rouen in the north and bearing placards with messages such as "We will never forget."

Questions have been raised in the wake of the crisis with regard to French intelligence not predicting the gunman's actions and the result of the siege, in which the younger Merah was killed.

Sarkozy held an emergency meeting on Saturday with Prime Minister Francois Fillon and cabinet ministers to discuss security issues and the way the police handled the situation.

The president later defended the RAID special police unit involved in the siege, saying: "I will not allow anyone to question the honour of RAID and the forces who brought an end to this monstrous individual's actions."

Interior Minister Claude Gueant on Saturday also hit back at critics of the intelligence services and the police operation.