Torture Death in Juvenile Jail Sparks Round of Soul Searching | Germany | News and in-depth reporting from Berlin and beyond | DW | 24.11.2006

Is the German juvenile justice system doing its job? A torture scandal that ended in death has unleashed a flurry of soul-searching and recriminations among justice officials. 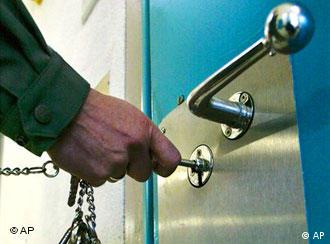 And throw away the key? Juvenile detention is up for revision, critics say

The brutal killing of an inmate earlier this month in a German juvenile detention hall has prison reform advocates demanding sweeping change, and a top politician trying to sidestep growing public ire.

Much of the uproar turns on the case of a juvenile detainee named Hermann H. On Nov. 11, the 20-year-old was found dead in his four-man cell at a correctional facility in the western German town of Siegburg. He had been tortured, beaten and sexually abused before being forced to hang himself by his cellmates.

A lawsuit has been brought against the cellmates, three youths between the ages of 17 and 20 who have confessed to the acts. Another may be started against prison personnel; guards at the scene failed to notice anything awry despite the fact that the brutal ordeal went on for hours.

As if that wasn't enough, on Thursday, newspapers reported that earlier this summer, another detainee in the same facility was taunted, harassed, and forced to slit his own wrists by a cellmate. That case didn't end in death, because the inmate was found immediately and his wounds were successfully treated. 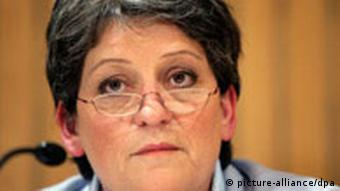 Critics complained that North Rhine-Westphalian Justice Minister Roswitha Müller-Piepenkötter was too slow to react to the situation, waiting a full week before she suspended the director of the Siegburg institution. They also fault her for a comment she made denying personal responsibility for the situation.

Since then, however, Müller-Piepenkötter has announced measures to reduce overcrowding in the facilities and increase the number of guards. She laid out a plan to create an ombudsman's office to represent prisoners who feel their rights are being infringed upon, and she has created an "independent, expert panel" to look into the issue of how to improve the system.

"The question, 'How can something like this happen?' is absolutely justified and must be answered," Müller-Piepenkötter said. 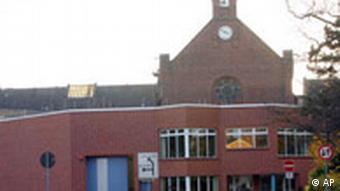 The detention center in Siegburg

But others are skeptical about the justice minister's decision to set up a panel to look into the issue.

"There is nothing new to learn," said Bernd-Rüdiger Sonnen, the head of the German Association for Juvenile Court and Juvenile Offenders (DVJJ), an umbrella association advocating the rights of young offenders.

"It's a strategy politicians use; they form a committee and wait until people forget about the issue. Then they think the job is done."

And this is not the first case of an inmate being killed in a juvenile hall in Germany, Sonnen said.

"It doesn't happen often, but these closed institutions are anything but free of violence," he said. "It is tied into the structures, with how people are incarcerated."

For instance, his group strongly opposes having groups of four people living in one cell as it can lead to a mob mentality where three stronger prisoners gang up on one weak one -- as in the case of Hermann H.

Instead, his group advocates a setup in which a group of up to 12 juvenile offenders would each have his or her own room, but would share some common space. 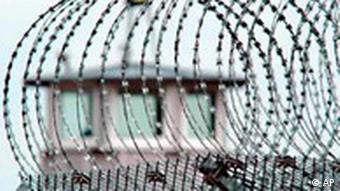 Sonnen sees an upside to the Siegburg tragedy: It is a chance for groups like his own to educate the public about the serious need for change in the juvenile court system. The topic is especially relevant because German states must adopt laws regulating juvenile detention facilities by May 2007. Currently, none exist.

"This is a huge opportunity for us, people cannot look away from this case," said Sonnen, whose group is actively lobbying politicians in charge of creating the new detention center laws.

"People tend to say: 'Just give them more, longer punishments -- they need to feel the full weight of the law,'" Sonnen said. "But we know that type of treatment just leads to higher recidivism rates."

In fact, he said, juvenile correction facilities are supposed to educate and reform youth, not just punish them.

"That's what is different about youth correction," he said. "They aren't incarcerated just in order to pay for a crime, but with the goal of stopping them from committing further crimes."

"We Can't Afford to Leave Kids by the Wayside"

The German parliament's Commission for Children's Concerns this week discussed including children's rights in the constitution. In light of recent cases of deaths due to neglect, it's becoming a pressing issue. (22.11.2006)