Ulf Poschardt, head of one of Germany's leading newspapers, has sparked a social media row over supposed left-wing bias in church sermons during Christmas. Churches have denied the claim. 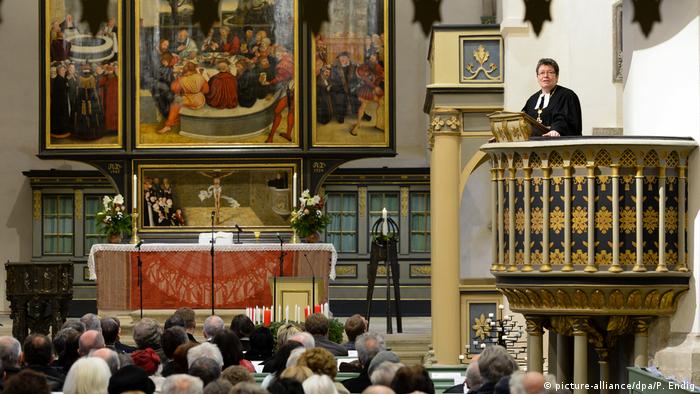 The editor-in-chief of Die Welt, one of Germany's leading right-wing newspapers, triggered a social media meltdown on Christmas by complaining about supposed left-wing bias in Germany's Christmas midnight masses.

Ulf Poschardt took to Twiiter to wonder aloud on Christmas Day: "Who would voluntarily go to a midnight mass if at the end of the sermon he thinks he spent the evening with the Jusos or the Green youth?" — referring to the youth organizations of the Social Democratic Party (SPD) and the Green party, who both represent the left wing of their centrist parties.

The statement came a few days after the leader of the far-right nationalist Alternative for Germany (AfD), Alice Weidel, made a similar complaint to Focus magazine, by saying that churches had become too "political."

It was not clear which Christmas mass Poschardt attended, or if he was referring to a specific one at all, but the Christmas messages of many German church leaders have been marked by calls to solidarity with refugees, against commercialization of Christmas, and against property speculation, all of which were likely to irritate a supporter of Germany's pro-business Free Democratic Party (FDP), as Poschardt once declared himself to be. One bishop in the eastern German city of Görlitz warned the German corporation Siemens against overzealous "capitalist thinking" in its plans to shut down a plant in the city.

The fallout both for and against Poschardt's provocative statement was swift. A number of SPD and Green party politicians took to Twitter to answer the editor-in-chief, with the Green party's chairwoman Simone Peter tweeting in response, "Then maybe I really should go to a midnight mass again. Sounds good. And we need intervention more than ever with inequality, marginalization, and climate crisis."

Ricarda Lang, spokeswoman for the Green youth organization, told the Frankfurter Allgemeine Zeitung on Christmas Day, "I think it's fairly telling that it seems to annoy him extremely when humanity and solidarity is represented in church. For us, humanity is a task for the whole of society, for Ulf Poschardt it seems altruism is a leftist-green-infected fad for Jusos and the Green youth."

Poschardt, who did not respond to a DW request for comment, answered such criticism on Twitter by calling the backlash, "a march of the sanctimonious. The right people feel like they're being addressed. Great. Happy Holidays."

Thanking another writer who agreed with him, he suggested on Wednesday that the point of his tweet was to express his surprise that "the sermon contained few theological, metaphysical elements and sounded purely political." 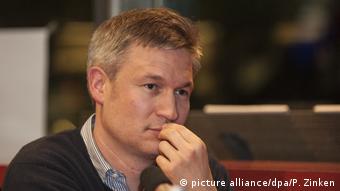 A spokesman for the German Protestant Church organization (EKD) dismissed Poschardt's statement. "This distorted image is not in any way a fair reflection of the reality of tens of thousands of Christmas sermons all over Germany," he told DW in an email. "It misunderstands the spiritual justification of church statements on contemporary questions. Anyone who is pious must also sometimes be political.

"And what is certain is this: the Christmas sermons in 2017 were as diverse as the reality of church people of the two big Christian churches in our country. I myself saw a Christmas sermon that referenced the anniversary of the Reformation and Martin Luther's decisive influence on our Christmas traditions."

Poschardt also garnered a fair share of Twitter mockery for his tweet. Under the hashtag #PoschardtEvangelium, or "Poschardt's gospel," users imagined Bible episodes from a capitalist perspective. As one user wrote, "There were around 5,000 men. Then Jesus took the bread, shared it in small pieces, and became rich on the sales, as demand was very high and supply very low; He did likewise with the fish."

Christian minorities in the Middle East are at risk of disappearing entirely, Roman Catholic and Protestant Church leaders in Germany have warned. They have said religious freedom is threatened worldwide. (16.12.2017)