Germany's top court has ruled that a taxation law granting only heterosexual unions a tax break was unconstitutional. Under the ruling, homosexual partners may be taxed as a couple rather than individually. 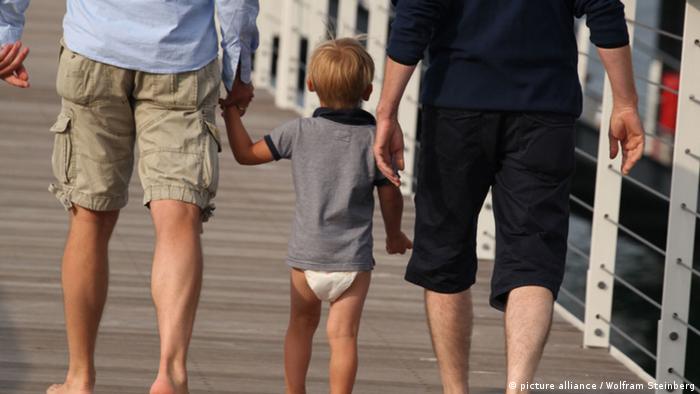 The German Federal Constitutional Court ruled on Thursday that a taxation law, which did not extend to homosexual civil unions, went against the German Constitution's rule of equality.

Senior members of Merkel's Christian Democratic Union want to address equal rights for homosexuals. They are looking into taxing same-sex partnerships like married couples. But the party's base is divided. (04.03.2013)

In its decision, the court said there were no "objective reasons for unequal treatment [of same-sex couples]."

Because the law recognizes that partners divide their earnings and share assets, it allows them to file taxes jointly, thereby splitting the tax burden equally. Couples then determine their tax bracket by dividing their total earnings in half. They then pay an equal tax rate on each sum.

The ruling on Thursday ordered that the new taxation law be applied to homosexual civil unions retroactively dating back to August 2001. The Greens parliamentary leader, Volker Beck, praised the court's ruling.

FDP party secretary, Patrick Doering echoed the sentiment, also lamenting the unwillingness of Chancellor Angela Merkel's Christian Union bloc to support the measure when it had been before parliament this year.

"It is a tragedy that the CDU and CSU were not ready to change the law themselves," said Doering.

Thursday's decision followed a ruling earlier this year which also expanded equal rights for same-sex couples. In February, the federal court granted gay parents "extended adoption" rights, meaning that if one partner has already adopted a child, the other may become an adoptive parent of the same child as well.

Germany legalized same-sex partnerships in 2001, but it has not yet moved to allow same-sex marriages.