According to a new study, thousands of European companies lose contracts and money due to a lack of language skills. 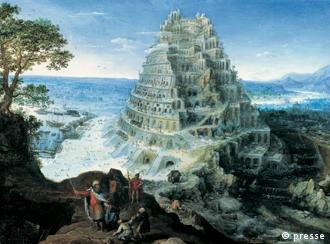 With 23 official languages, the EU is beginning to resemble a modern Tower of Babel

The British study, commissioned by the European Commission, showed that 11 percent of European small and medium-sized companies (SMEs) could be losing business because of communication barriers.

The average loss per business over a three year period was 325,000 euros ($425,000), and that figure is based only "where companies were aware of the business lost or potentially lost." According to the study, the real figure may be much greater. 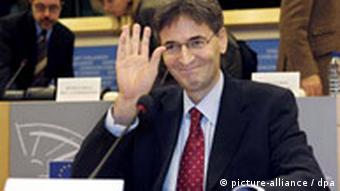 "Far from being an unwelcome cost to doing business," European Commissioner for Multilingualism, Leonard Orban, said, "investing in language skills can dramatically improve a company's business opportunities. I plan to place multilingualism at the heart of the Lisbon strategy for more growth and jobs."

Orban, whose post was created last month when his country Romania joined the EU, told reporters that he intended "to set all the official languages spoken in the European Union on an equal footing."

Increasingly, however, even within EU offices, English is becoming the lingua franca and many documents or press releases are available only in English, French or German.

English as an intermediary language

The report by the National Center for Languages in Britain shows that trend being mirrored in large companies where "English appeared to be more extensively used as an intermediary language than was the case with SMEs, possibly reflecting its use also as a corporate language in many multi-nationals." 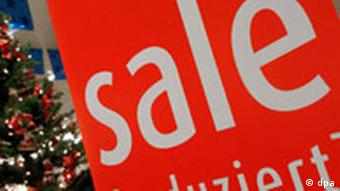 Is English becoming a universal language?

But the report and the European Commission stress that that is not the case everywhere.

"English is a key language for gaining access to export markets," the commission said in a statement. "However, the survey results suggest that the picture is far more complex than the much-quoted view that English is the world language. Russian is extensively used in Eastern Europe (along with German and Polish). French is used to trade in areas of Africa and Spanish is used similarly in Latin America. Longer-term business partnerships depend upon relationship-building and relationship-management. To achieve this, cultural and linguistic knowledge of the target country are essential."

The British study will form the basis for the forthcoming work of the Business Forum, which Orban intends to launch this year in partnership with European businesses, to understand better how language skills impact on EU trade and jobs.

A European Tower of Babel 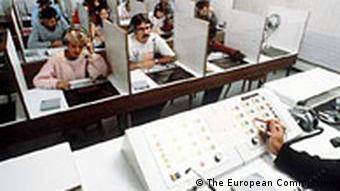 The European Union's complex and overloaded language machine was handed a new burden in January as Bulgarian, Romanian and Gaelic were added to the EU's 20 official languages.

The EU's institutions are still struggling to assimilate the nine languages added to Europe's very own Tower of Babel in 2004.

At the moment, the EU's three main institutions -- the European Council of 27 member countries, the executive European Commission and the European Parliament -- employ around 4,000 interpreters and translators and at least 1,500 freelancers, who are used on a regular basis.

All this costs EU tax payers close to one billion euros each year, or "less than one percent of the total budget," as the commission likes to underline.

The European Parliament will vote on Romania's candidate for the post of commissioner for multilingualism in December. Leonard Orban is expected to be approved, but doubts remain as to how influential his role will be. (11.12.2006)