The Hollywood actor's portrayal of a failed Hitler assassin has critics divided about the film. But all agree that Cruise's star power has drawn attention to the cause of a heroic German resistance fighter. 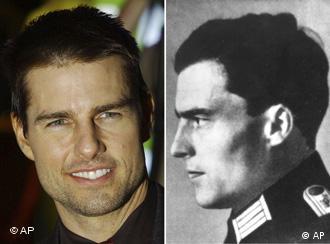 Like the German hero he portrays, Tom Cruise says he always wanted to kill Hitler

"Valkyrie", starring Tom Cruise as an aristocratic Prussian army officer who played a key role in the failed plot to assassinate Adolf Hitler only months before the fall of the Third Reich, has been one of Hollywood's most long-awaited -- and controversial releases this winter season.

One week ahead of its general release, some critics have slammed Cruise's portrayal of Claus Schenk Graf von Stauffenberg in "Operation Walkuere," which is the German title, but others are delighted that a home-grown hero is finally getting worldwide recognition and have praised the film. 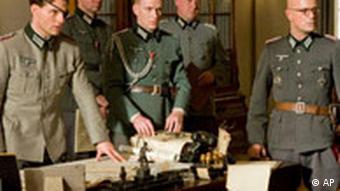 "Cruise forms the flat, expressionless center of the film around which the input of the remaining cast fades away -- and it is not the fault of the eye patch that the wounded Stauffenberg wears," wrote Jan Schulz-Ojala, chief critic of the Berlin daily newspaper Der Tagesspiegel.

Cruise in Nazi officer's attire even bears an uncanny physical resemblance to von Stauffenberg, who had lost an eye, a hand and fingers from the other hand in battle.

The high-ranking decorated war hero had personally placed a bomb under a heavy oak table at Hitler's East Prussian headquarters on July 20, 1944. Although the bomb exploded and killed several aides, Hitler escaped with only minor injuries. The plot was subsequently exposed and von Stauffenberg along with his co-conspirators, were executed, making them martyrs of the German resistance movement.

"Tom Cruise seems terribly cautious, almost as if he were afraid of playing the role. He comes across as extremely stiff," said grand-nephew Franz von Stauffenberg, who is a television actor, in an interview with the weekly Welt am Sonntag. 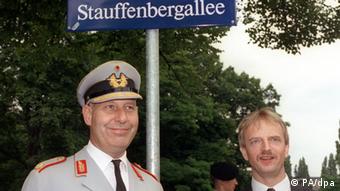 At least part of the controversy surrounding Cruise has nothing at all to do with his interpretation of a real-life character, but the actor's controversial private life and membership in the Scientology Church, which is regarded as a dangerous religious sect here in Germany.

For this reason, authorities in Berlin, where "Valkyrie" was filmed, had initially denied the crew permission to shoot scenes in the originally buildings where the would-be assassins were later executed.

But they later relented, after realizing the huge publicity value of a major Hollywood star portraying a German resistance fighter who dared to plot against the Nazis.

Not all commentary about Cruise is negative however. The Frankfurter Allgemeine Sonntagszeitung praised the dubbed German version for being more authentic than the original film shot in English, in which actors speak in an odd melange of British, American and German accents. Cruise's portrayal of Stauffenberg also won plaudits for being in the national Sunday weekly for being "credible." 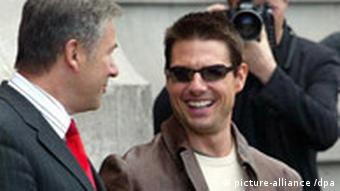 Another of Germany's most respected newspapers, the Sueddeutsche Zeitung also praised "Valkyrie" for being "a fairly good and complex thriller -- exciting and basically historically correct."

In the US, the film has generated mixed reviews, but Cruise's star power has helped pull in box office receipts of nearly $72 million (55 million euros) since its Christmas release.

Cruise in Berlin for premiere

And regardless of what critics say, Tom Cruise can still draw attention and fanfare. Cruise is back in Berlin promoting "Valkyrie."

In an interview with the Bild newspaper, Cruise revealed that he had always wanted to kill Hitler as a child. When asked what the message of the historic thriller was, he told the mass circulation daily he wanted to show that "there was a good German. That there was opposition to Hitler."

Cruise will be attending the German premiere on Tuesday night at Berlin's famous square Potsdamer Platz and will reportedly bring muffins and mittens for fans willing to brave the cold winter.

"If You Feel a Sense of Moral Duty, You Have to Act Upon It"

In a complete turnaround to an initial ban on US actor Tom Cruise to film at a Berlin memorial to the men who tried to kill Adolf Hitler, German government officials have now reportedly changed their minds. (14.09.2007)