The International Olympic Committee has named Japan's capital as the host of the 2020 Summer Olympics. Tokyo was quietly confident of victory, beating out fellow bidders Istanbul and Madrid. 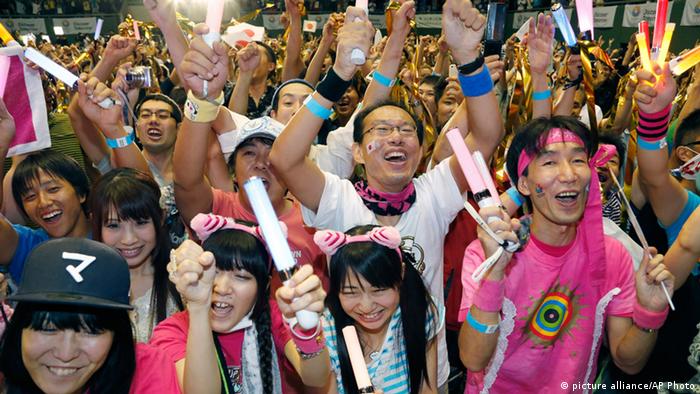 After the International Olympic Committee (IOC) made its decision Saturday (07.09.2013), cheers from supporters resounded in Japan's capital.

Their exuberance contrasts with demonstrations held earlier this summer in which Tokyo protesters chanted: "We don't need the Olympic Games in Tokyo." Using banners and megaphones the demonstrators complained that the games would be held at the expense of the poor. The Olympic Stadium alone is set to cost city residents $1.6 billion (1.21 billion euros), to be collected by an increase in taxes.

Furthermore, a group of Japanese has campaigned against the event on the social networking site Facebook. One of them, Mayoko Nagochi, believes that the ecological price the city would pay for staging the games is simply too high. She argues the water park set to stage the canoeing competition is to be built on an area currently used as a resting place by many different kinds of migratory birds. This habitat would be irrevocably destroyed, she believes.

But the organizers of Tokyo's Olympic bid consider the critics to be part of an insignificant minority. According to their own survey, 77 percent of the city's residents are in favor of hosting the games. In August, an inquiry conducted by the Japanese Ministry of Education and Sports found the bid had approval ratings of 92 percent. 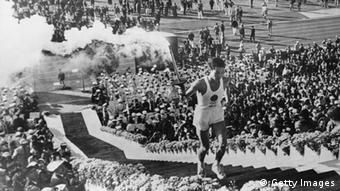 Spontaneous surveys conducted on the streets of the megacity yielded mixed results. One retiree savored the memory of how he bought his first TV set 50 years to watch the Tokyo Olympics in 1964, saying, "Japan would benefit from staging the games one more time."

But one young woman was skeptical: "They say the games are supposed to promote reconstruction in the areas affected by the tsunami, but I can't imagine how a sports event is supposed to contribute to this aim," she said, adding that the Olympics should be held somewhere else.

Tokyo has taken care of the financial aspects well in advance. The municipal government already put $4.5 billion aside for infrastructure projects during its bid for staging the 2016 Olympics, which will instead be held in the Brazilian city of Rio de Janeiro.

Twenty-eight months after the second-worst nuclear accident in history, four of Japan's utilities companies prepare to file applications to restart 12 reactors. Critics say problems at the plants have not been addressed. (04.07.2013)

Administration costs of $3.4 billion will be largely covered through licensing rights and private sponsors. Japan's business elite - from the automaker Toyota to cell phone provider NTT Docomo - has committed itself to the event. At the same time, organizers expect profits of $29 billion dollars.

The official Olympics bid highlights three "core strengths" of the Japanese capital. Organizers say the city can be trusted to deliver the necessary infrastructure, stability and safety in uncertain times for sport, a dig at Rio de Janeiro and its problem regarding crime and the construction of sports facilities.

Secondly, the organizers promise a "festive atmosphere," claiming the 35 million inhabitants of Tokyo's metropolitan area are big sports fans. And third, Tokyo wants to make use of its creativity and knowledge to benefit sports worldwide. An example for this is the futuristic design of the Olympic Stadium by the Iraqi-British star architect Zaha Hadid.

For the Japanese capital, making a bid to host bears a hefty price. The first attempt at having the games staged there came at a cost of $200 million. National Olympic Committee President Tsunekazu Takeda described the revised strategy: "We have adopted the best of what was already there and we have improved the rest."

As a result, the area of the Olympic village has been increased by a third and the new Olympic Stadium is to be situated in the city center. Some 85 percent of the sporting venues are to be within eight kilometers of the village. In an effort to reduce traffic problems, special Olympic lanes for athletes and visitors are to be introduced.

Organizers have also speculated about the emotional reverberation of the earthquake tsunami catastrophe of March 2011. Takeda said the games would help Japan recover further from the crisis. The committee also played down concerns about radiation from the nuclear accident at Fukushima that followed the natural disaster. "The radiation level in Tokyo is the same as it is in New York or Paris," Takeda said. 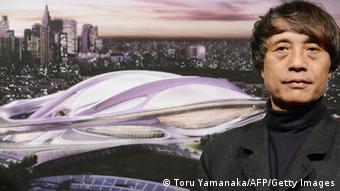 There has been controversy in the run-up to the IOC's approval of Tokyo's bid. The city's governor Naoki Inose had to apologize for a remark he made about the "Islamic" application of Istanbul. The comment led to protests in Muslim countries.

Now, though, emotions are running high in Japan's capital. Although the IOC rendered its decision in the early morning hours in Tokyo, cheering crowds swept a number of streets in anticipation of hosting the Summer Olympics in seven years.