In yet another attempt by the IOC to appeal to younger audiences, 3x3 basketball made its debut at the Olympics. It's a trend backed by rapper Ice Cube and FIBA, who dub it "the number one urban team sport in the world." 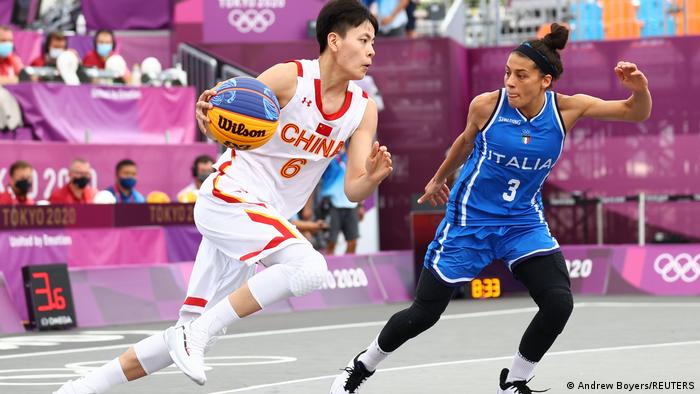 Men's basketball has been an Olympic sport since 1936, with women making their debut in the competition forty years later.

The United States are by far the most successful nation in both disciplines, but their men's team didn't even qualify for the half-court variation of the game.

Here's what you need to know about 3x3 basketball, which made its debut at the Tokyo Olympics.

How 3x3 is different

Apart from the obvious change in player numbers, there are quite a few differences in terms of rules:

The last three points in particular show how 3x3 mirrors the way streetball is played across the world. In practice, there is no need for zone defense and players are expected to be versatile scorers and defenders, although most teams do rely on one traditional big for rim-protection and interior offense.

This was demonstrated by China's women in their opening victories over Romania and Italy. They paired the 1.96-meter (6-foot-5) Zhang Zhiting with smaller 2-point shooters to great effect, winning two of their first three matches. 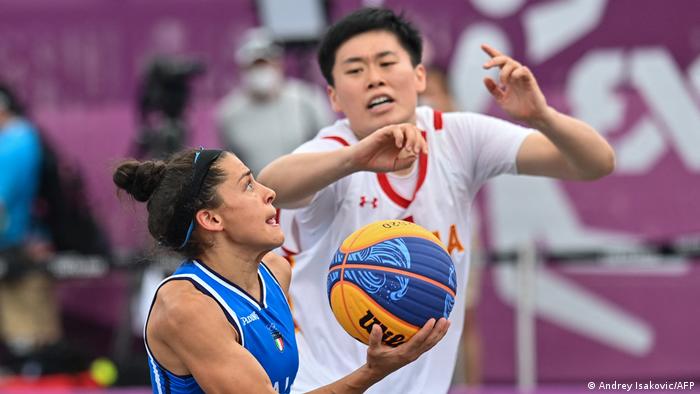 Zhang Zhiting made use of her height advantage in China's win over Italy, scoring eight points

But incredibly tall players, like reigning NBA champion and finals MVP Giannis Antetokounmpo, who stands at 2.11 meters, are not the norm. FIBA believes that 3x3 offers a more attainable standard, with players on average quite considerably smaller than those competing in the traditional format of the game.

Similar to streetball rules, baskets from outside the traditional three-point line count double, meaning the current analytics-driven trend to shoot more from distance than ever fits into this format too. Defensive "switchability" is another sought-after quality in players which also mirrors a growing trend in the traditional game.

The origins of 3x3

The International Basketball Federation (FIBA) states that streetball is the number one urban team sport in the world, a claim supported by an IOC-backed study ahead of the Olympics.

It wasn't until 2007 that FIBA established universal rules for the format. Its international debut then came at the 2010 Youth Olympic Games in Singapore. From 2012 onward, FIBA has hosted yearly world and continental tournaments for nations, as well as a club contested "World Tour."

World rankings are not only split into male and female but also tallied in combined form. Those show that this is a global game, with less established basketball nations like Mongolia, Poland, and Romania currently in the top 10.

As early as the 1970s, 3x3 tournaments were being held in the USA. The so-called "Gus Macker 3-on-3 Basketball Tournament" is still held annually across 75 cities, with over 200,000 players involved. 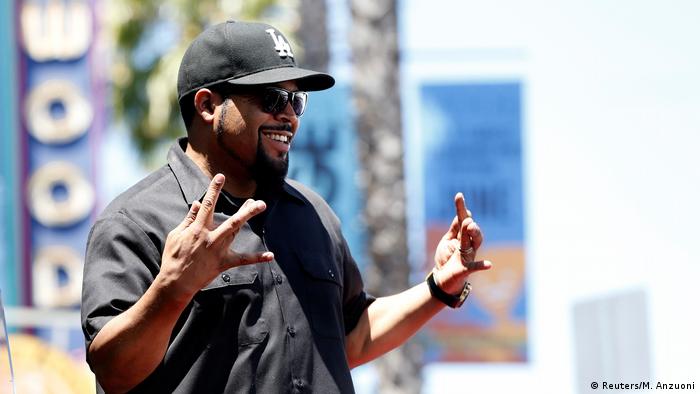 The most lucrative league is currently the "BIG3”, co-founded by rapper and actor O'Shea Jackson, known better as Ice Cube. Founded in 2017, he has attracted big names, sponsorship deals, and a lucrative broadcasting contract with CBS to the tournament.

Initially, the league was aimed at attracting retired NBA players, filling the gap in TV scheduling during the NBA off-season. Former NBA champion Stephen Jackson, as well as former All-Stars Gilbert Arenas, Joe Johnson, and Amar'e Stoudemire, were involved early on. However, the minimum age of 30 enforced in the first two seasons has since been lowered to 22. The "BIG3” also has some major rules variations compared to the FIBA-sanctioned format, like the inclusion of 4-point zones.

Which basketball stars are featuring in 3x3?

At Tokyo 2020, the USA women's team arguably boasts the most high-profile players. Stefanie Dolson, Kelsey Plum, Allisha Gray, and Jackie Young are all signed to WNBA and international teams.

Despite there being no fans in attendance, they had some famous spectators in attendance for their match against France on Sunday, with Emmanuel Macron and Jill Biden cheering on their respective nations. USA are now the clear favorites to snap up the first 3x3 gold medal despite being the lowest-ranked qualifiers. But Russia and China have also impressed early on. 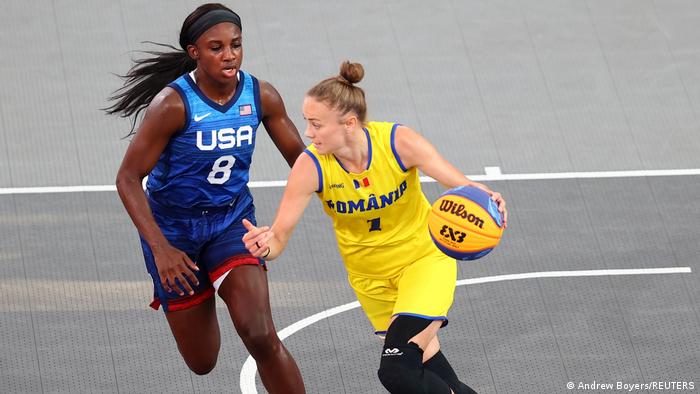 In the men's draw, reigning world champions USA failed to qualify for the Games. Their roster at the Olympic qualifying tournament in Austria boasted just one player with any meaningful NBA experience. As a result, the men's draw now looks to be a close-run competition.

The biggest male star is Serbia's Dusan Bulut, nicknamed "BulutProof." He is currently ranked world No. 1 in the men's individual 3x3 rankings by FIBA and, at a height of 1.91 meters, would be considered relatively small in the NBA. His trickery and creativity make him the quintessential 3x3 player. If his ankle injury doesn't trouble him too much, he should lead Serbia to the inaugural gold medal in the men's draw. 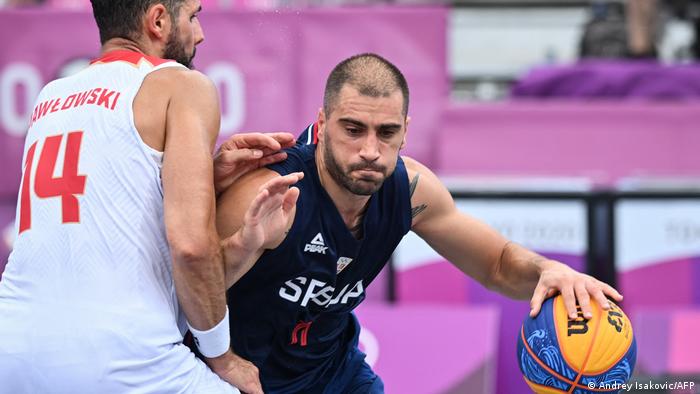 Along with skateboarding and surfing, 3x3 is part of a push to make the Olympics appeal to a younger audience. Back in 2016 IOC President Thomas Bach said "We want to take sport to the youth. With the many options that young people have, we cannot expect any more that they will come automatically to us. We have to go to them.”

The fast-paced, informal nature of 3x3 basketball is certainly in stark contrast to equestrian events, synchronized swimming, or the modern pentathlon. Especially when hip-hop music is blaring out of speakers while players dunk and dish the basketball.