Medals, fame and money; a lot can change for Olympians who make the podium. In racing disciplines, human beings are often are unable to determine the fine margins between success and failure fairly, but technology can. 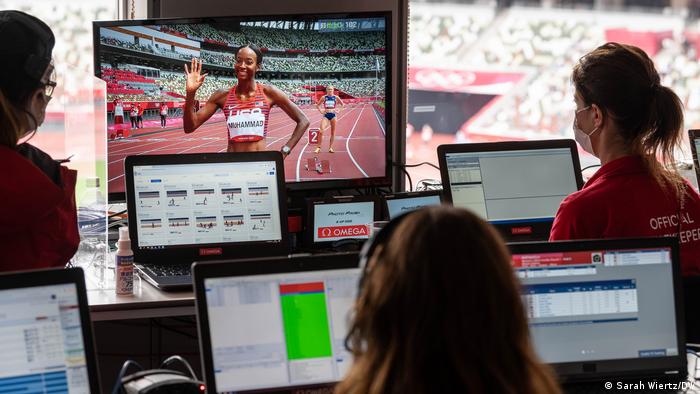 It's the last 5 meters. Water splashes about, heads bob in and out, and hands are hard to see.

Who touched the wall first? Swimmers, coaches and journalists all look up at the scoreboard after the men's 100-meter freestyle final.

The time 47.02 seconds appears. USA's Caeleb Dressel is the 2021 Olympic champion. His time is a mere six-hundredths of a second faster than the Australian Kyle Chalmers. 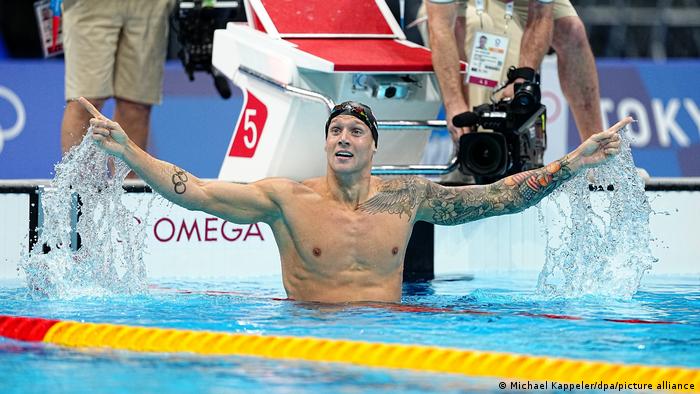 All eyes on the scoreboard: Only by checking the official time could Caeleb Dressel be sure that he had won gold

The decision cannot be discerned by the naked eye without the help of technology. But so much depends on the result for athletes: medals, fame and money.

"We cannot make mistakes. We have a special responsibility," Alain Zobrist told DW. He's the head of Swiss Timing, which has been responsible for timekeeping at the Olympics since the 1932 Summer Games in Los Angeles.

"After all, you can't ask the athletes to run the race again," he added.

How precisely can time be measured in sports?

In swimming, there has been a touchpad at the edge of the pool since 1968. When they reach the finish, swimmers touch it, thereby stopping the time themselves.

"We've improved this technology over the years, which, by the way, is now also used in sports climbing," Zobrist said. "But the principle remains the same."

That six-hundredths of a second can decide medals, qualifications and disqualifications seem strange. In 1972, for instance, the American Tim McKee lost the final of the 400-meter medley to Sweden's Gunnar Larsson by two-thousandths of a second. That's the equivalent of two millimeters in the water. 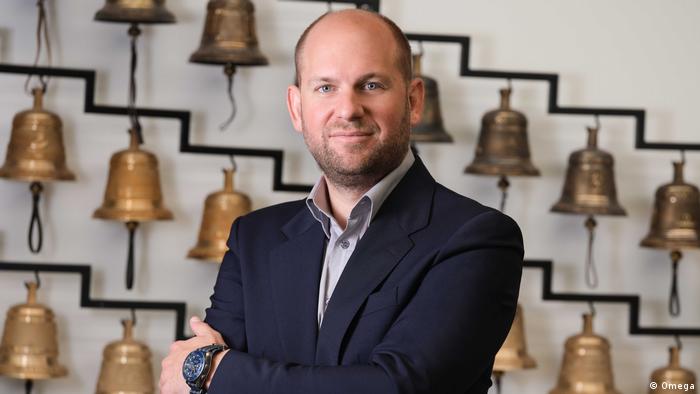 "We can measure to the millionth of a second," Zobrist explained. "But the equipment is calibrated according to the rules and regulations of each sports federation."

After the 1972 Games, world swimming's governing body FINA decided to only measure times to the hundredth of a second. That led to a strange situation at the 2016 Rio Games in which American Michael Phelps, South African Chad Le Clos and Laszlo Cseh of Hungary finished in a three-way tie for silver in the men's 100-meter butterfly after touching the wall at the exact same time — down to the hundredth of a second. In sports with higher speeds like cycling, time is displaced with three decimals in accordance with the rules.

How does a photo finish work?

In addition to a time-stopping function, photographs of finishes to races can show how close the margins between victory and defeat often are — and can sometimes provide a better conclusion.

In last week's cycling road race at the foot of Mount Fiji, the winner, Ecuador's Richard Carapaz, was clear to see. But who finished second? Was it Belgian Wout van Aert (above) or two-time Tour de France winner Tadej Pagacar from Slovenia (below)? 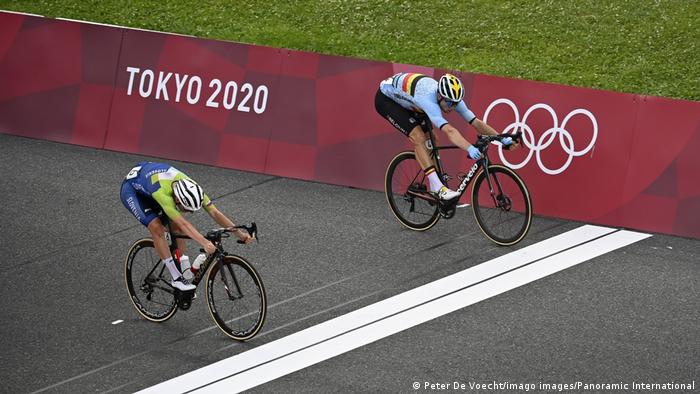 Can you tell whether Tadej Pagacar (below) or Wout van Aert (above) actually won?

In the photo finish, the camera took 10,000 photos per second of the first five millimeters of the finish line. Pictures are then superimposed to get the photo often seen on television.

"Almost always, the times and finish pictures are available 15 seconds afterwards at the latest," said Zobrist. But they are always checked and approved by the official judges.

When is a start judged as a false start?

Progress in start-signal technology has led to more fairness. The race starts used to favor whoever was closer to the starting gun. Now, it is linked to loudspeakers directly behind each individual starting block and can be heard everywhere simultaneously.

Most athletes welcome technical advancements because they ensure objective and fair results. On the other hand, some runners have issues with the new development in the starting blocks. There, sensors are installed on the footrests of the starting block that measure the reaction time of the runners.

"Anyone who sprints off faster than a tenth of a second after the gunshot will be disqualified," Zobrist said. That's because reacting so quickly to a sound is physically impossible, he explained. 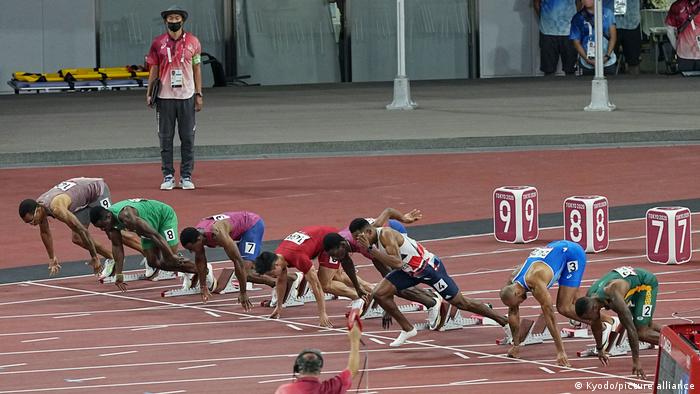 This happens quite often in athletics, like in Saturday's men's 100-meter final in which Britain's Zharnel Hughes was disqualified for a false start.

There are 350 scoreboards in total at the Tokyo Games. Some 200 kilometers (124 miles) of cables have been laid. The equipment weighs 400 tons. There are 530 professional timekeepers and 900 volunteers to ensure that everything runs smoothly.

But what makes the Olympics — the personal stories, the rousing will to fight, the unforgettable emotions — cannot be provided by technology. That's something that only the athletes can elicit.

This olympic volunteer enjoys life at the Games

This Olympic volunteer loves the Games despite the empty stadiums

If you want to know what the Olympics mean to an athlete, you need look no further than Frank Stäbler. The Greco-Roman wrestler had to overcome COVID-19 to make it to Tokyo ― but it all paid off in the end.