Zambia have gone out of the Olympic football competition after losing to Brazil. But their captain, Barbra Banda, can look forward to an exciting future after she set the tournament alight. 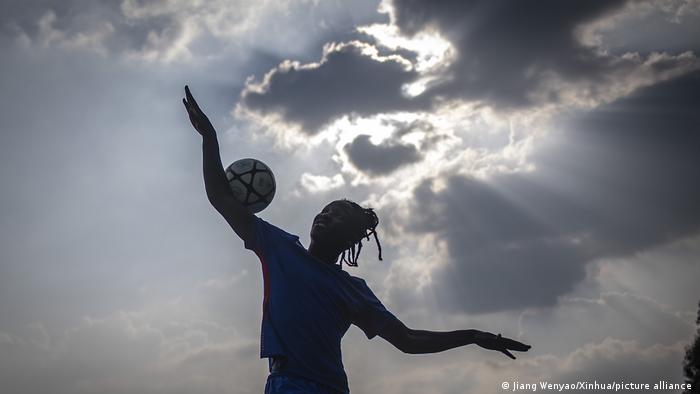 Despite crashing out in the group stages, Zambia footballer Barbra Banda took the Olympics by storm

As they met in the center circle for the coin toss, Brazilian captain Marta and her Zambian counterpart Barbra Banda exchanged fist bumps and knowing smiles.

Marta, 35, arguably the greatest women's player of all time and certainly among the most decorated, could be forgiven for thinking that this was something like a passing of the baton. Talent, after all, can recognize talent, and Banda has shown that she has that in abundance.

Despite her country's group-stage exit from the football competition in its first ever appearance, confirmed by the 1-0 defeat by the Brazilians in Saitama, Banda has only needed a handful of games to garner the plaudits and establish herself as one of the sport's hottest prospects.

In Zambia's first match against the Netherlands, she scored three times in a heavy 10-3 loss. In their next match, a 4-4 draw with China, Banda repeated the feat and, at the same time, wrote her name into the record books: No female player has ever managed two hattricks at an Olympic Games. And her six tournament goals also equalled a record. 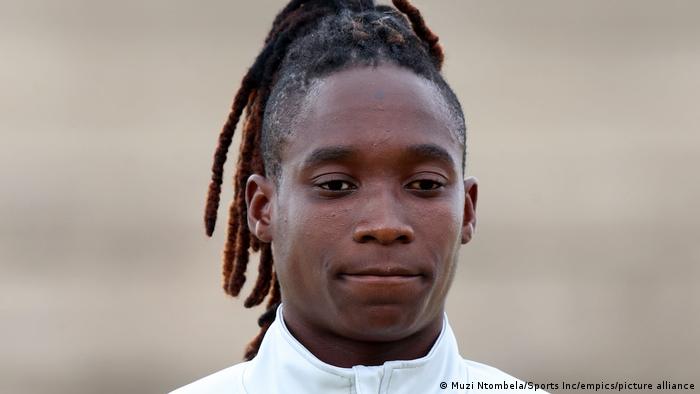 At 21 years of age, Zambia's Barbra Banda has a bright future ahead of her

After grabbing the second of those hattricks against China on Saturday, Banda told reporters that she was "aiming to become the best footballer in the world."

Top scorer in the Chinese league

She is already heading in the right direction. The 21-year-old's professional career started at Logrono in Spain and has since taken her to Shanghai Shengli in China. That move to the Chinese Super League was for a reported fee of up to $300,000, making Banda the third most expensive female player of all time.

Her club will consider that money well spent: Banda finished as the league's top scorer last season, finding the net 18 times in 13 appearances.

It is a far cry from the days when a teenage Banda used to throw her boots out of her bedroom window so she could sneak off to play football, ironically because her parents didn't think it was a suitable career choice and would have preferred her to concentrate on her school work.

The remarkable thing is that had Banda chosen differently, she could have been competing in another sport entirely at these Games.

When she was 16, she tried her hand at boxing after being inspired by the success of fellow Zambian Catherine Phiri, a former world champion. Banda took part in five professional fights, winning all five. She was and still is — by her own admission — "very good" in the ring. But ultimately, football won over.

"My mind was too much into football, so that's why I couldn't concentrate much into boxing," the striker told the AFP news agency last year. "I said I have to go with the way I'm more comfortable with."

Comfortable is exactly how she has looked on the pitch in Japan. Creating space for her teammates, gliding past opponents and finishing with precision in the box, Banda has exuded all the confidence of her role model, Cristiano Ronaldo.

In a profile for the Olympics website last year, she drew her own parallels with the Portuguese star's skills and attitude.

"I like the way Cristiano Ronaldo plays," Banda said. "I like his discipline. I have the same strength. I have the confidence and courage because I know football the way it is. The one who wants it the most is the one who is going to get it."

For Banda, the Tokyo Games may now be over. But based on her performances in Japan and her lofty ambitions, you get the impression they could be the start of something even bigger.