Time to switch off? When media consumption becomes an addiction | Science | In-depth reporting on science and technology | DW | 12.12.2016

Time to switch off? When media consumption becomes an addiction

We're surrounded by media every day. But no matter how useful smartphones and computers can be - they can make us sick. 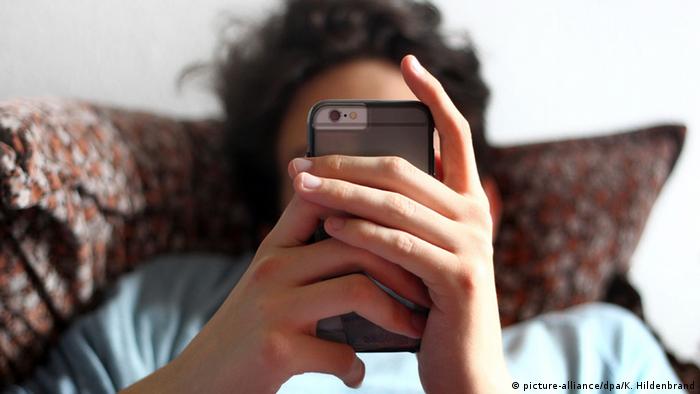 Nowadays, the smartphone is our constant companion: Spotifiy for music, WhatsApp for messaging, Netflix for movies. We often use our phones for several hours per day, for private and work purposes. Some people even have the feeling they can't live without it. But because of the broad use of smartphones in society, it is hard to say when an individual person is addicted to media - or just a frequent user.

"You can't pin it down just to the number of hours you spend on your phone," Andreas Pauly, a media educator from Bonn, told DW. He says addiction develops in steps: First is to try things out, for instance playing a new videogame for the first time. Second is the stage of enjoyment, when one feels pleased by using media, followed by habituation. The fourth phase is misuse, when media consumption is beyond normal usage. The last stage then is addiciton: "If you begin to neglect your friends and your daily hobbies, then it's becoming abnormal," Pauly explains. Thus somebody who always prefers playing videogames or watching TV rather than spending time with friends or even going to school or work may have a problem. 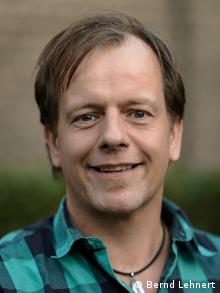 According to a recent study, the average time German teenagers spend online per day is between three and four hours. They mainly are online to connect with friends or listen to music. But the need to be digitally connected all the time can end up in abnormal behavior, Pauly refers to the example of how young people use Instagram: "I need to be online waiting for one of my friends to 'like' one of my pictures, or I have so many followers, so I think they're waiting for me to upload a new photo or I use a zip lock bag under the shower so I don't miss anything."

It is possible to measure the physcial effects of behavioral addictions like media addiciton, Pauly explains: "Behavioral addiction means that similar effects are being triggered in the brain; the effects are similar as when you drink alcohol. You get this kick out of it." Addicts who feel that they need help can be treated in special rehabilitation centers. But because media is so omnipresent, it's not easy getting back to normal: "I can go without alcohol, to overcome alcohol addiciton, but I cannot spend my life without using online media," says Pauli. And by cutting back on media consumption, addicts can  suffer withdrawal symptoms like cold sweats, irritability or dizziness.

It is always best if things don't get that far. This is where the work begins, Pauly says.

There is a life offline

He works for a media addiction prevention program for teenagers in Bonn called "Update." "We're concentrating on prevention and intervention, so in cases that aren't too bad yet. In this area, we really reach the youth, through counseling or group meetings, so that they can share their experience with others." Pauly organizes events like cooking classes and sporting activities. He wants to show kids, their lives don't revolve around the web.

It is important that kids and teenagers spend some time offline, says Pauli, so they can learn social skills like face-to-face communication, where they can't use emoticons to express their feelings. Another crucial aspect is developing creativity, something a computer or a smartphone doesn't have. 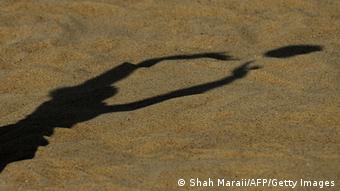 A second program Pauly runs is called "Net Pilots." He visits high school classes where he conducts workshops in which he explains the risks and chances of media to 15 students and two teachers. The aim is that the students - who voluntarily joined the 4-day course - can share the knowledge with their classmates. Teenagers are often more willing to accept advice from peers than from adults like their parents or teachers.

'Before it becomes a problem'

The need to switch off from time to time does not only apply to young people, says Pauly: "More and more companies want their employees to get offline for several hours a day. If I spend my day using media from 6 in the morning to 10 in the evening, the screen light makes me sleep badly and so my work efficiency is reduced, so there have to be some moments to relax." 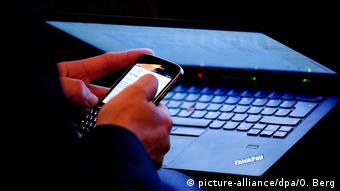 Screenlight by smartphones and computers can lead to restless sleep

In addition to reduced work efficiency, excessive media consumption can cause psychological problems, said Hayley Hamilton, of the Canadian Institute for Mental Health Policy Research: "High use of electronic devices, as well as social media, are linked to problems with mental health, including increased psychological distress and poorer self-rated mental health. Our new findings underscore the need for each of us to define healthy limits, and to monitor our use of electronic devices before it becomes a problem."

There are ways to reduce one's own media consumption: Sometime it's best to meet up with a friend over a cup of coffee rather than sending a message, stopping someone in the street to ask for directions, rather than using Google Maps, or enjoying a concert without recording every single song. All this could contribute to prevent media addiciton and prove that it's still possible to have a life offline.

Article about media addiction by Centre for Addiction and Mental Health