'Time is not on Iran's side'

This weekend, the five permanent members of the UN Security Council and Germany meet with Iran in Istanbul for talks on Iran's nuclear program. DW asked Iran expert Meir Javedanfar to assess the chances of success. 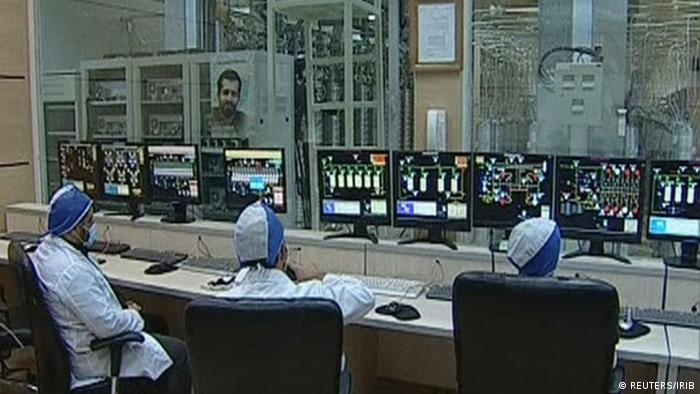 Meir Javedanfar is an Iran expert at the Interdisciplinary Center in Herzliya, Israel. He is Iranian-born and has written and worked for a number of international publications and broadcasters.

DW: Talks between the so-called 5+1 and Iran in 2011 failed to yield any progress whatsoever. So are this weekend's negotiations just an empty exercise?

Meir Javedanfar: I think the talks are important for both sides. President Obama is facing an election in 2012 and needs to show that he gave diplomacy a chance. And on the Iranian side Ayatollah Khamenei is facing the toughest economic sanctions the Islamic Republic has ever been confronted with, which could lead to the collapse of the economy. The regime could not survive that.

Whether there'll be a breakthrough is unclear. But I think both sides have an interest in showing that they can compromise. Whether each side's compromise will be enough for the other remains to be seen. But we need to hope these talks do yield a limited breakthrough, especially for Iran's sake. If the talks break down, Iran could be the biggest loser. Time is not on Iran's side.

You talk about Khamenei and not Iranian President Mahmoud Ahmedinejad, the figure most people in the West associate with Iran's nuclear program. Why is that? 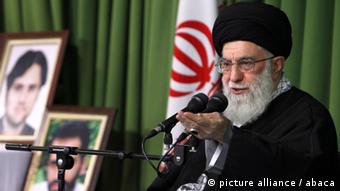 Khamenei is the one calling the shots on Iran's nuclear program

Mahmoud Ahmedinejad has influence over Iran's nuclear program, but it's a mistake to focus on him because he's not a decision-maker. He acts as if he is, but he's not in reality. The nuclear program belongs to Ayatollah Khamenei and him only. So it's very important to ask: why is he handling the nuclear program in this way? Why doesn't he just reach a deal with the P5, get the sanctions removed and bring Iran back into the fold of the international community?

And what's your answer to that question? Why is Iran so intent on confronting the US, Israel and the West on this issue?

We have to look at why the Iranian people want a nuclear program, and why the regime wants it, because the two are separate. In my opinion, and from my observations, the Iranian people want nuclear energy because they want Iran to sell its gas and oil abroad to generate income. And many people want a nuclear bomb as a deterrent. When Iraqi forces under Saddam Hussein were using chemical weapons against Iranians (during the Iran-Iraq War of the 1980s), the world didn't care. Saddam Hussein wasn't even punished.

But that's not necessarily the reason why the regime is adopting its policies. For the regime it's of paramount importance to live in a state of no peace and no war with the West. They don't want war with the United States because they see what happened to Saddam Hussein. But peace with the United States would take away one of the last pieces of the revolution, one of the last bits of glue holding the regime together. The revolution has otherwise been a failure, and if America has good relations with the people of Iran, the regime will lose its legitimacy. Khamenei believes that having a nuclear weapon will mean avoiding being toppled like Hussein without having to having good relations with the US.

There have been some comparisons between Obama and former US President Jimmy Carter, who lost his bid for re-election in 1980 in part because of his perceived weakness toward Iran. Obama's dual track of sanctions and diplomacy presents an existential danger to the Iranian regime. He's been a much more potent foe than George Bush, and I don't understand how people can compare Obama to Jimmy Carter. The prospect of economic collapse and good relations with the United States are both major threats to the regime. Obama's diplomatic reaching out to the Iranian people has done tremendous damage to the regime and its effort to brainwash people into thinking America is their enemy.

It sounds like the Iranian government hopes Obama will lose this year's vote.

If the regime could, it would bring President Bush back. He was their dream ticket. He gave the regime exactly what it was looking for, a justification for adopting an anti-American policy. In the next election, they're going to sincerely hope Romney is elected. Romney's tougher talk on Iran, and potentially the cancellation of talks, would tremendously help the regime. But the regime would be making a mistake, if they think having Romney would solve all their problems. A part of them, sure, but the sanctions are here to stay. The regime is in a serious bind. It's either rapprochement with the US or economic sanctions. Khamanei will have to decide which is the lesser danger.

A lot of Americans say economic sanctions are useless. Why do you think they could work?

The biggest reason why sanctions could work is that they are not in the interest of the Revolutionary Guard, the pillar of support for Khamanei. Without the Revolutionary Guard guarding the revolution there would be no revolution. And the biggest reason why they are loyal to Khamanei is business interests. He gives them the right to import certain products, monopolies on import and export for some sectors of the economy. Sanctions are going to hurt those business interests, and sooner or later, the Guard could put pressure on Khamanei to change. If he doesn't change the whole economy could collapse, and there'd be nothing the Guard could do to stop it. So I think sanctions are very, very powerful. They're something the regime cannot ignore.

Even though both Iran and the US seem interested in reviving the nuclear deal, deep distrust and decades-long animosity mean both sides are unlikely to normalize their relationship in the near future, say experts.