The ICC has ruled that a Malian jihadist be fined $3.2 million for the destruction of Timbuktu shrines. International Bar Association executive director, Mark Ellis, told DW he welcomed the court’s landmark ruling. 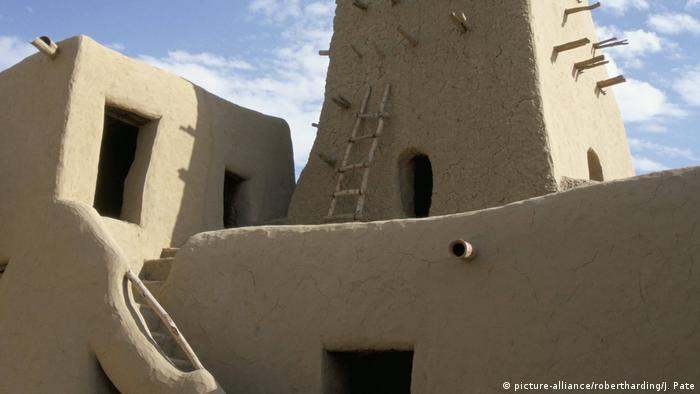 DW: [Former rebel Ahmad al-Faqi al-Mahdi] is supposed to pay reparations to the victims. Is this kind of resolution a standard measure that the International Criminal Court applies, considering defendants are often not able to pay?

Mark Ellis: It's an important decision by the ICC. Of course, we know it's the second time that such an award has been granted by the court ... It is important, even though there's no possible way the accused can pay any of this type of reparations. But that's why the victims' trust fund was created, so that the court could ensure that victims, either individual or collectively, gain some types of reparations.

So, in that case, I think it is important, particularly now with this case having [focussed] on the destruction of cultural heritage. The idea now that providing some compensation for the victims, and I suspect it will now be more collective reparations, rather than individual.

Based on this, the court ruled that the Trust Fund for Victims would decide how the outstanding amount will have to be paid. Can you explain exactly how payment will be carried out?

I think that's an important decision as well because the trust fund made it clear that [it] was going to be a real challenge to distribute compensation, particularly with the security situation in northern Mali. So the trust fund indicated in court that the court needed to be careful about a decision on this, and I think the Trust Fund was saying we need significant latitude in determining how best to proceed and to implement the court's ruling. I think this allows the trust fund to take a step back and decide how best to provide this type of compensation.

During his trial, the accused showed remorse and regretted his actions. From the perspective of crime and justice, do such people reform? 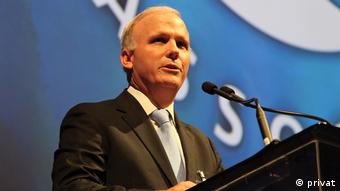 Mark Ellis welcomed the ruling by the ICC

Well, it seems the court felt that there was significant remorse from al-Mahdi and this, his remorse, did play a major role in the sentencing stage. The court, in its decision, did focus on the fact that the defendant came out early in saying that he was regretting what he did. He sought forgiveness and he provided full cooperation with the court ... Reading the [court] transcripts and reading his remarks, I think there's good sense to believe that he was remorseful ... and now he is going to be in jail for nine years.

Will the people of Timbuktu feel justice has been served with this judgment?

Having been involved with international justice for a very long time, it's difficult to make a sweeping judgment on whether or not victims as a whole feel that they have gained justice. I suspect many will not feel that way at all and I completely understand it ... With cultural destruction, by destroying cultural heritage, it's really an attack on collective memory. It's  ethnic cleansing. It's an intention to erase people's identity, and that is very difficult then to provide any justice for individuals who have gone through this and have watched the destruction of cultural property. I hope they do feel  justice was gained but it's not surprising if they don't. And, it's unfortunate that oftentimes that's the reality.

Mark Ellis is the executive director of the International Bar Association.

The interview was conducted by Jane Ayeko Kümmeth.

ICC judges have made legal history by ruling that a former rebel must pay compensation for the destruction of ancient shrines in Mali's Timbuktu. The historic sites were destroyed in 2012. (17.08.2017)

The ICC has sentenced a member of the Ansar Dine Islamist group to 9 years in prison for destroying historical buildings in Timbuktu, Mali, marking the first time it has ruled on a crime related to cultural artifacts. (27.09.2016)

Malians dissatisfied with light sentence for Islamist who desecrated Timbuktu

Mali has welcomed as a good start the ICC ruling against an Islamist for destroying Timbuktu's cultural heritage, but citizens feel that those committing more severe crimes must also be brought to book. (28.09.2016)