Tikrit serves as rebuilding example for Fallujah | Middle East| News and analysis of events in the Arab world | DW | 09.07.2016

Fallujah hopes to follow in Tikrit's footsteps as the latter rebuilds. Both cities suffered under "Islamic State" (IS) rule and the revenge of Shiite militias who liberated them. Judit Neurink reports from Tikrit. 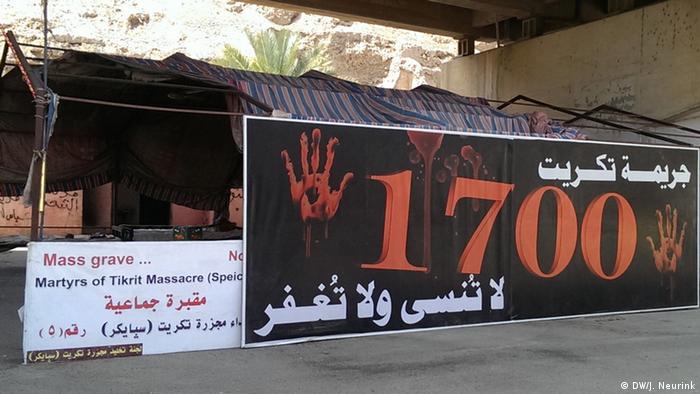 "Ninety percent of the people in Tikrit are against Daesh [Arabic name for IS - the ed.]," says General Hassan Alawi, Tikrit's security chief, a year after the liberation of his city from IS. So what about the 10 percent that support the radicals? "Ah, even the Prophet did not have 100 percent support."

Just over a year ago, in April 2015, Tikrit was the first Iraqi city to be recaptured from IS. It has a lot in common with Fallujah that has now been liberated to a large extent after a tough battle.

General Alawi's office is in one of the smaller palaces on the grounds of the former dictator Saddam Hussein, who was born and raised near Tikrit. One of the bigger ones was used as IS headquarters during its year-long occupation.

Tikrit is a wounded city where the inhabitants have woken up to a harsh reality. Just like in Fallujah, many thought that IS would bring back the former Sunni regime and chase out the despised Shiite rulers that took over from Saddam. Both cities welcomed the group in 2014 with open arms. But when local politicians and high-ranking officials were killed, and Sharia law was introduced, many fled.

Therefore, says General Alawi, it is important to know how many people still feel attached to IS. Those who stayed during the occupation usually had family ties to members of the group. Some women married IS fighters and had their children. Others stayed because they had no money to leave.

"Everybody knew who was with Daesh, because they soon stopped covering their faces," Alawi told DW. After the liberation most fled, and those who stayed were pointed out to his security men by locals. "We arrested dozens. Some of them have already been tried. This is a long process, as we treat them according to the law; so we need to know for sure they were with Daesh." 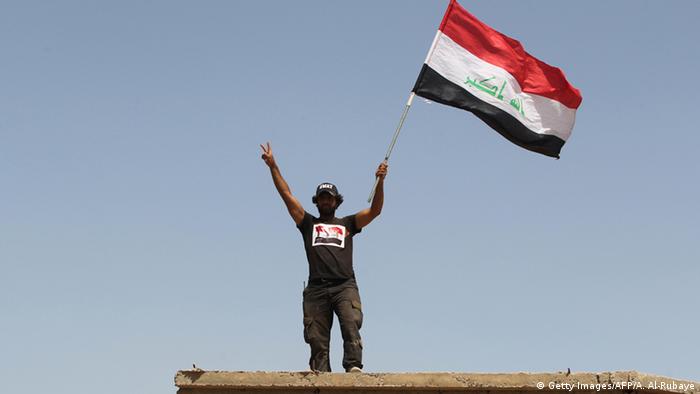 He refuses to say how many exactly have been captured and instead points out that in order to fight terror, his department has documented all of Tikrit's inhabitants. This vetting process also serves the local community, he says. "Daesh has badly damaged something in the Iraqi community: trust."

Before IS came the city already had internal problems, mainly between the different tribes, says Ahmed Mohammed Riath who leads the Legal Center, an NGO in Tikrit. "I think we have to believe in tolerance-education, have to feed it and even enforce it to the people," he told DW. It is necessary, he says, because "there is no guarantee that we have no Daesh left, as we have no transparent procedures."

The climate in the city and its surroundings still is unstable. A poster the organization was using at its seminars and courses, reading "I am Iraqi, I am against sectarianism," was removed time and again. One of the reasons why IS found a fertile breeding ground was the sectarianism of both Shiite (government) and Sunni (opposition) parties.

"Before Daesh, the process of peacebuilding did not work either, because of the politicians," project coordinator Saher Al-Jibouri says. "They even asked for money to work with us. I don't believe the government can change the situation any time soon, because still all the activities depend on the same political concept."

The Legal Center focuses mainly on tackling frustration and assisting people to function in the society, by helping refugees to get identity cards, mothers of children born during the IS occupation to get birth certificates, women to find their displaced husbands and people whose houses were damaged to get compensation.

But the latter is extremely hard, because of the sectarian differences. Tikrit was liberated mainly by Shiite militias, the Hashed al-Sahbi, who were also involved in the operation in Fallujah. Because the Shiites had first been targeted by Saddam, and then again by IS, in both cities many of the militia members were openly seeking revenge; killing, looting and burning houses of Sunni civilians.

Riath himself is one of the victims who lost his house. But when he went to the police to find out whether he could get compensation, he was threatened. "They said: 'your son is with Daesh.' I only have two daughters, but now I have to prove that I have no son."

Ask civilians in Tikrit how they feel about the militias that still control the checkpoints around the city and have occupied Saddam's former palaces, and they will say "we have no problems with the Shiites." Life has gradually returned to the city, shops are open again and selling fresh vegetables. Yet try to take a picture of the damage, and the same people freeze out of fear that the militias might not like it. 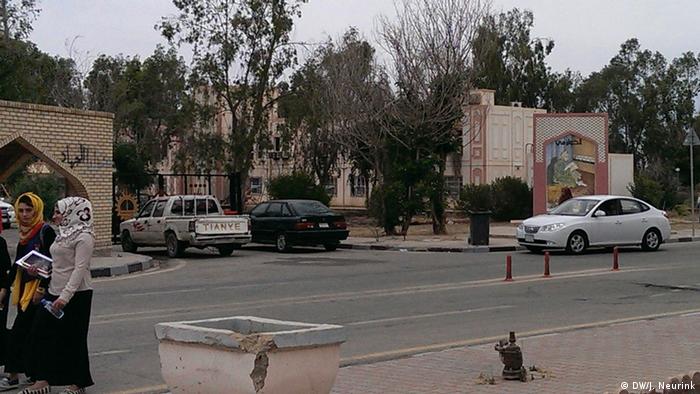 The United Nations has made it a priority to get local institutions like Tikrit University to function properly again, even though most university buildings were partly destroyed during the IS occupation.

"The fact that we were operational within six months after the liberation sent a signal to the civilians to return," says the university's president, Professor Waad Raoof. For with students and their families came the builders to rebuild their houses and the shopkeepers to provide them with food. The UN hopes to repeat this policy in Ramadi and in Fallujah after its complete liberation.

Like the Legal Center, the university is also focusing on peace education and co-existence to prevent the rise of a new group like IS. "We are asking our students to live together and form a new generation," Raoof told DW.

But the students are not so sure about that. One of them tells DW through a translator that because there are files on all citizens he feels safe. But another, who speaks English, has no problem showing his doubts: "Trust? I do not even trust my neighbors," he says.

The university's president believes it will eventually all work out. "Those who stayed with Daesh have changed their opinion," he says. A sentiment echoed by General Alawi: "The people have learned a lesson: that the program of Daesh kills people and does not offer anything good."