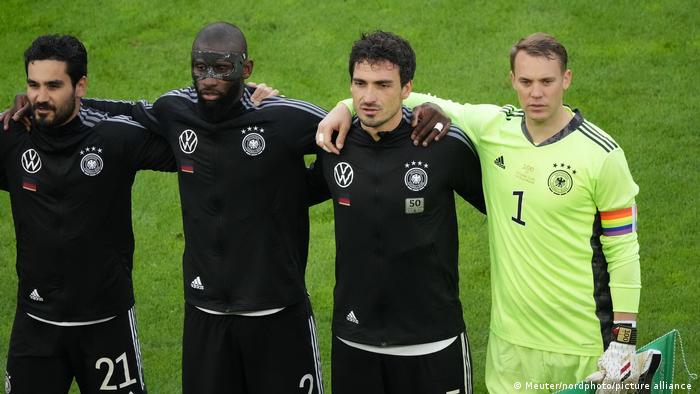 Joachim Löw's persistence with a back three defensive system over the last few months was perhaps all part of a bigger plan. Because, suddenly, Germany's defense looks as strong as any other at Euro 2020.

The struggles Germany have had when playing three central defenders and two wing backs have been evident in the number of goals they have conceded. However, with each difficult outing came a learning experience — and the progress has been clear to see.

Antonio Rüdiger is in the form of his life and joined the Germany camp a Champions League winner with Chelsea. His vital block to deny Phil Foden in the final in Porto was one of many decisive defensive moments on the way to the Blues' success. Superb in the air and with his ability to thread a pass into the final third also improving, the Berliner is Germany's best defender.

Rüdiger is set to be joined in the back three by World Cup winner and the quietly experienced Matthias Ginter, as well as returning veteran Mats Hummels. A German Cup winner with Borussia Dortmund last season, Hummels is perhaps most famous for his passing range. Regardless, his presence undoubtedly changes the perception of the Germany defense.

Meanwhile at left wingback, a key position in a 3-5-2 formation, Robin Gosens' recent performances have improved to the point to where it now seems unimaginable for him not to be in the starting lineup. The Atalanta defender says that a back three is "an awesome system for me" — and he has consistently shown the energy and creativity to occupy the entire left flank.

On the opposite side, Joshua Kimmich's stand-in role at right-back against Latvia reminded everyone that he can fulfill that role just as expertly as the central midfield birth he normally occupies.

And so, on paper at least, Löw's defensive base for Euro 2020 looks set. But defensive partnerships are also built on understanding and teamwork. At club level, that telepathy can be built up over the course of a long season — a luxury that isn't available in international football. 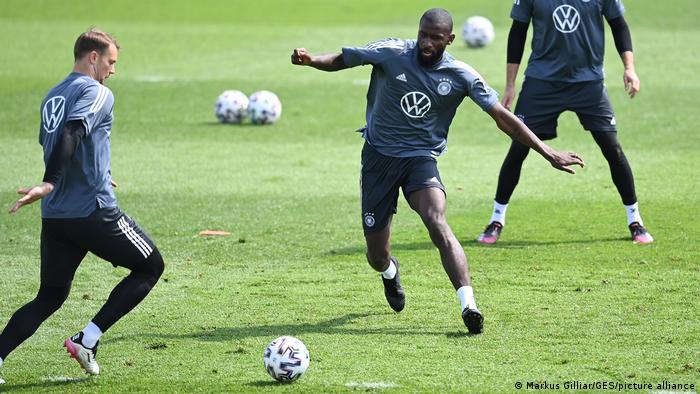 The collective strength of the unit is still a work in progress, although Gosens revealed to public broadcaster ARDthis team is spending a lot of time together and getting on well.

"We have to admit we have a much better atmosphere in the team than in 2018," agreed Hummels. He's a veteran of Campo Bahia, the base camp which famously played such an important role in creating a positive team spirit in Brazil in 2014.

The return of both he and Thomas Müller has repeatedly been communicated as being so smooth, it was like they were never gone.

Hummels told German sports magazine kicker this week that although he has never doubted himself, his removal from the Germany team hit him hard emotionally. That emotion appears to have been transferred into renewed energy inspired by a group with an increasingly strong bond.

Löw has "definitely added a level of motivation and intensity" to his work, says Hummels — and perhaps that is what has made his return less bumpy. This team has moved on in a way that it should have done three years ago.

That unity at base camp can only help, as will the individual pieces of this defense, which are as good as they've ever been.

Rarely does a defense make headlines or win over the hearts of fans; but it often decides championships, and it will be more important than ever against the attacking prowess of world champions France on Tuesday.

Germany return of Müller and Hummels ruined by Poulsen