The German state of Thuringia will largely do away with informants working for the intelligence service, a newspaper report says. The move is hotly disputed. 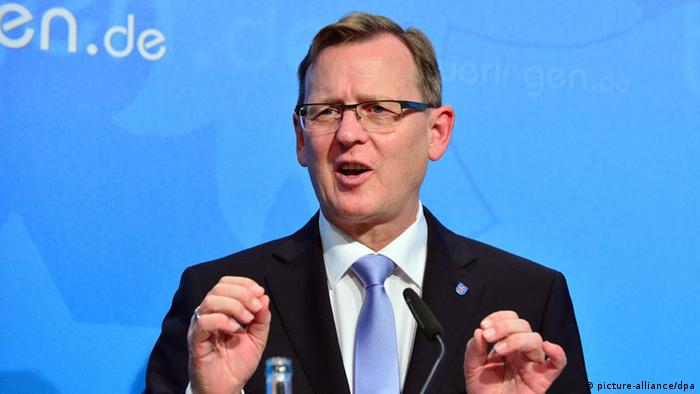 The decision to abolish informants working for the intelligence service in Thuringia was the implementation of an agreement made between the three coalition partners in the state government, the paper Thüringer Allgemeine reported Friday.

The paper cited the Thuringian Interior Ministry as saying that, on the basis of the coalition agreement between the Left party, the Social Democrats and the Greens, the "system of informants would not be continued."

The ministry added, however, that exceptions could be possible in "justified individual cases for the purposes of combating terrorism."

Thuringia is the first German state to move toward abolishing the use of informants by the intelligence service.

The head of the Christian Democrats state parliamentary party, Mike Mohring, criticized the decision, saying that it was "dangerous and out of touch with reality" to deprive the intelligence service of its most important information sources.

His argument was countered by the Left party's Steffen Dittes, who told the paper that experience had shown the informants system to be not just irrelevant to security, but even a danger to democracy.

Their use recently came under scrutiny amid allegations that money paid to informants in the neo-Nazi scene in Thuringia had been used to finance extremist groups, including one that gave birth to the far-right National Socialist Underground, which has been accused of a number of racially motivated murders in Germany over the span of 10 years.

The Left party, under Premier Bodo Ramelow (photo above), leads the leftist government in Thuringia that came to power late last year. It had originally called in coalition talks for the complete abolition of the state's intelligence service, but later dropped the demand.