Three Wise Men for a day

Each year, Germany's "Sternsinger" dress as the Three Wise Men and go door-to-door collecting money to help children in need around the world. The tradition is world's biggest charitable action by children for children. 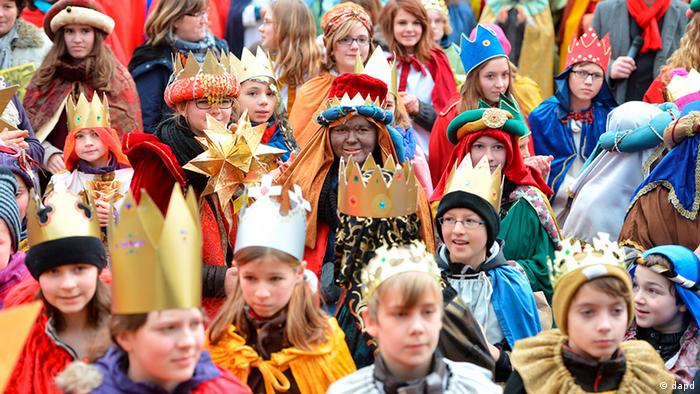 Sara, 15, has taken part for the past seven years. "It's just fun to visit people and watch how happy they are to see us," she said.

It is six-year-old Jakob's first time. "We can save a child's life with the money we collect. It's true!" he said.

Sarah and Jakob from Osnabrück are just two of around 500,000 children who are Sternsinger, or "star singers." They are taking part in the star singer procession on January 6.

Dressed as the Three Wise Men, the children go from house to house to bring blessings for the new year and collect money for children in need. 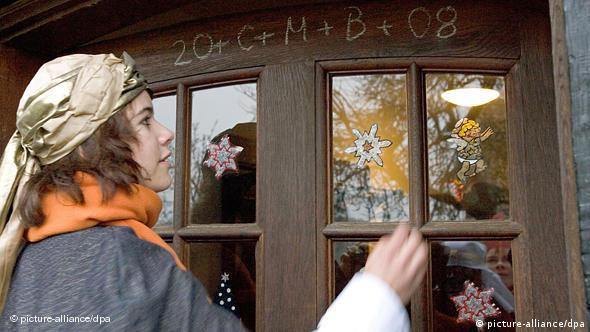 In turn, householders give candy and other sweet treats to the children.

"People give us so much candy that we give some of it to the children's home in Osnabrück," Miriam, 11, explained.

The Sternsinger dress as the Three Wise Men in remembrance of the story of biblical Magi who brought gold, frankincense and myrrh to the newborn baby Jesus.

Just as the Three Wise Men followed the Star of Bethlehem, the young Sternsinger carry a star attached to a rod.

While "blackfacing," the theatrical tradition of white actors using makeup in order to play a stereotyped caricature of a black person, is considered racist and is largely taboo, blackfacing is sometimes still practiced as part of the Sternsinger tradition. 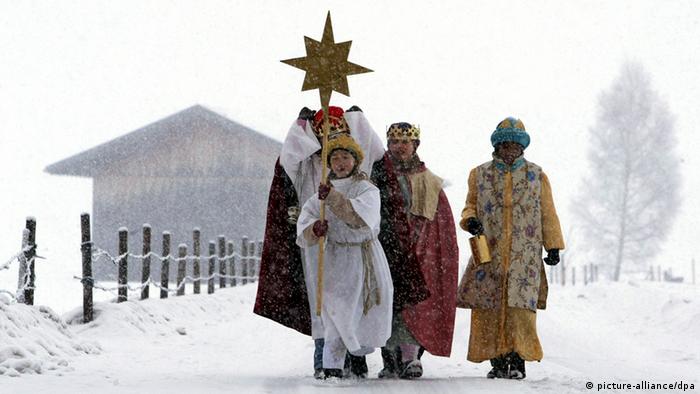 For a good cause

Every year, the Kindermission (the Pontifical Association of the Holy Childhood in Germany) and the German Catholic Youth Association (BdKJ), the joint organizers of the action, prepare material to inform the children about what happens with the donations they collect.

"We always have a preparatory meeting in January during which we show a film and introduce to the children an example of one of the countries receiving the aid," Marion Gerdes, a pastoral officer at Osnabrück's St. Elisabeth Congregation, explained.

"I'm always astounded by how quiet they are during the film and how moved they are by the plight of children in the respective country," she said.

This year, the example country is Tanzania. "They speak Kiswahili in Tanzania," Jakob has learned. "And instead of 'hello,' they say 'jambo.'"

He also learned that there aren't enough hospitals, doctors and medical supplies in the country. "Because of that, a hospital in Tanzania will be given a special off-road ambulance with the money collected by the Sternsinger."

Helping children around the world

The charitable action has been practiced in Germany since 1959. From humble beginnings, it is now the world's biggest charity campaign by children for children.

Many hundreds of millions of euros have been collected and used to support tens of thousand of projects and aid programs for children in Africa, Latin America, Asia, Oceania and eastern Europe.

Education, healthcare, nutrition and assistance for disabled children are always the focus of the campaign.

But the Sternsinger tradition is no longer a one-off event in January. The Kindermission provides information and materials kindergartens, schools and congregations all year round in order to draw children's attention to poverty around the world.

Young adults also have the opportunity to work on one of the projects for a year in a voluntary program.

On the Sternsinger homepage, visitors can find information about how the donations are spent and the humanitarian situation in poor countries. 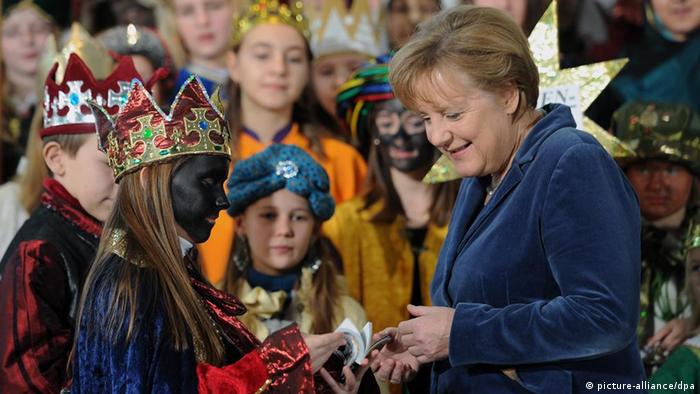 The Sternsinger also engage in politics: Every year, a group from each of the 27 German Catholic diocese travels to the German chancellery in Berlin to bring the blessing of God, to sing, and to campaign for the rights of children.

Last year, Chancellor Angela Merkel was impressed by the "firm message" from the Sternsinger and praised the children as a "shining example" of working on behalf of others.

The Sternsinger will return to the chancellery this year - and this time Sara will be there too. "It sure will be exciting," the 15-year-old said. "The trip will last two days."

"We have a rehearsal on Thursday evening and Friday is the performance," 17-year-old Paula added.

It will be an interesting day for the young Sternsinger, as well as piece of political education as they campaign for the rights of children around the world.

From Christmas markets and mulled wine to family gatherings and traditional food, find out how Germany celebrates the holiday season. (19.12.2012)

A Christmas meal to ward off loneliness

Spending Christmas without family or friends can be an acutely lonely experience. Around Germany, volunteers are busy providing Christmas cheer for those who find themselves alone during the holidays. (25.12.2012)