Three die in Germany as plane slams into hardware store

Three people have died after a small plane crashed into a building in southwestern Germany. The aircraft, which appeared to be attempting an unscheduled landing nearby, slammed into a hardware store. 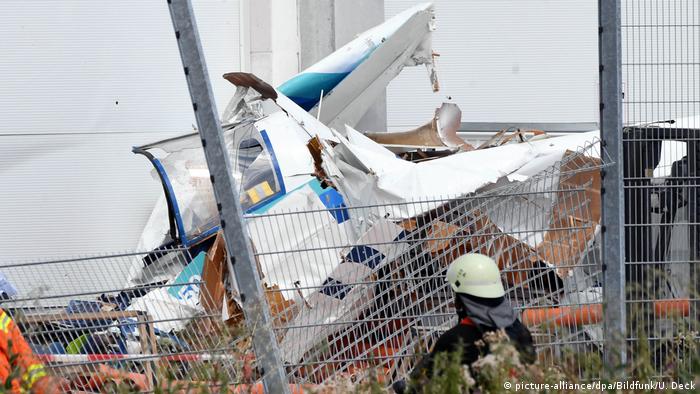 Police in the German state of Baden-Württemberg said a small plane had crashed in the town of Bruchsal on Saturday, killing all three passengers on board.

Authorities in the nearby city of Karlsruhe said the pilot appeared to be trying to make an emergency landing at a nearby airfield just before 1 p.m. local time (1200 UTC). According to the Bruschsal air sports club, which operates from the airfield some 60 kilometers (37 miles) northeast of Stuttgart, the grass landing strip was only routinely used by its members.

Police said it was unclear why the landing effort had gone wrong, but witnesses reported that the aircraft had appeared to have lurched out of control.

The aircraft — reported to be of a wooden construction — had apparently broken off from the landing attempt, but hit a metal fence before careering into the rear wall of a hardware store. Customers and staff at the store were unhurt, and it did not appear that anyone else in the vicinity had been harmed.

Investigators were said to be evaluating statements and assessing video footage. Officials said they would use the aircraft license plate to establish the identities of the people on board, as well as the start location and intended destination. 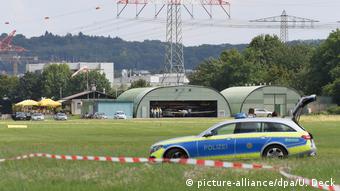 While the building was evacuated for a structural assessment to be carried out, surrounding roads were also closed to traffic because of a kerosene leak from the aircraft.

The EASA had voiced concerns over Germany's "non-conformity" on aircrew health monitoring before last week's plane crash, a spokesman said. The co-pilot suspected of crashing the plane had suffered from depression. (04.04.2015)

One of Russia's richest women, Natalia Fileva, has died in a plane crash near Frankfurt, Germany. The cause of the accident was not immediately clear. (31.03.2019)