Thousands turn out for anti-corruption protest in Slovakia

Many called on the interior minister, police chief and a special prosecutor to resign for failing to combat corruption. They also demanded a full investigation into a corruption scandal from 2012 known as "Gorilla." 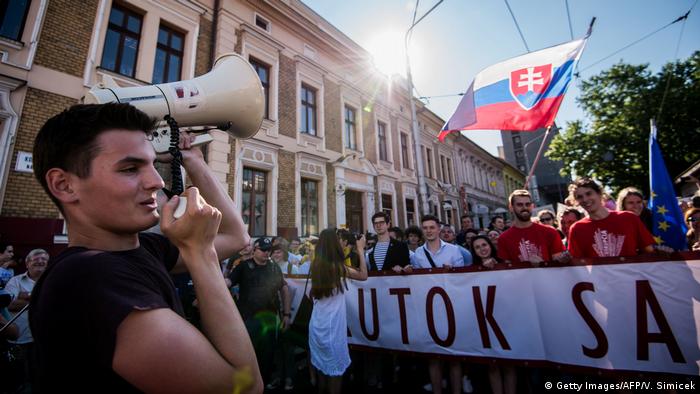 Thousands of anti-corruption protesters took to the streets of Slovakia's capital on Monday, demanding the resignation of the interior minister because of his ties to a businessman who is under investigation for tax fraud.

Inside Europe: Protests in Slovakia

Inside Europe: Protests in Slovakia

Slovak media estimated turnout at between 5,000 and 10,000 people, making Monday's demonstration one of the largest since Prime Minister Robert Fico came to power in 2012. Another 2,000 are believed to have turned out in the eastern city of Kosice. There were no official police estimates.

Kalinak has resisted pressure to step down over his business relations with the real estate developer Ladislav Basternak, who is suspected of fraud.

Since Slovakia joined the European Union in 2004, the country's economy has boomed and living standards have risen considerably there, but many Slovaks say the government has failed to defend the rule of law - especially when it comes to tackling corruption.

Kalinak admits to having bought a 17 percent stake in one of the companies belonging to the developer. But both he and Basternak have denied any wrongdoing.

The protesters also demanded the resignations of police chief Tibor Gaspar and special prosecutor Dusan Kovacik for not doing enough to root out corruption. 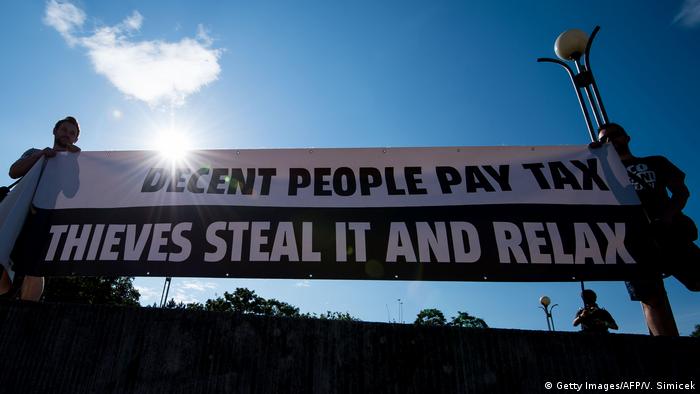 Kalinak is the number two in Fico's Smer party, which leads a coalition government.

Anti-corruption protests have mushroomed across the EU's eastern wing in recent months. Poland, Hungary and Romania have seen large anti-government protests, and thousands of Czechs took to the streets in May to protest against the finance minister.

Corruption and the inability of justice systems to put powerful suspects on trial is a recurring theme.

"Public sensitivity to corruption is growing, and the prime minister has also reflected it in his activities - he has appointed a new head of an anti-corruption unit, spoken at anti-corruption seminars, but a symbolic closure is still missing," the political analyst Martin Slosiarik said. Protesters also gathered in front of the Slovak Embassy in Prague

"Many people don't believe justice is for all, they stopped believing in the principles of democracy, which has helped extremist parties," he said.

Monday's rallies follow a demonstration in April, which at the time was the biggest protest in Slovakia since 2012, when a file documenting possible bribery and allegedly compiled by the country's spy agency appeared online.

The file, known as "Gorilla," implied that a financial group had bribed government and opposition politicians to win lucrative privatization contracts.

That case remains unresolved, and Monday's protesters also called for a full investigation.