The British Royal Archives have released documents made during King George III's reign to the public. Some 33,000 pages on Britain's longest-reigning king are now available. 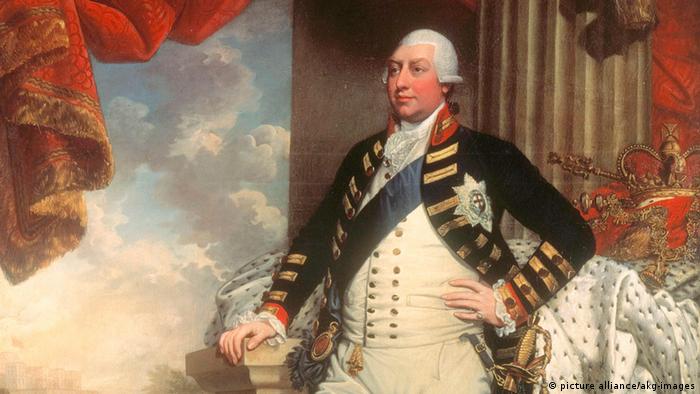 The longest-reigning king in English history, King George III, is getting a new, public inspection after the British Royal Archives released a massive trove of documents made under his rule to the internet.

"Seeing original documents is utterly compelling," said Royal Archives librarian Oliver Urquhart Irvine. "You can feel the passion, personality, worries and triumphs of individuals who have shaped major events. It can change your perspective of history."

King George III is commonly labeled "mad" or "the king who lost America" according to the Georgian Papers Programme, which hopes releasing the documents will give a new look into a "complex, engaged polymath and highly informed monarch."

The database for the newly released documents has the support of Queen Elizabeth II, who has served as England's longest-serving monarch.

King George III was king from 1760 to 1820, and ruled over the American colonies until the Treaty of Paris created the US as a separate nation following the American Revolution. Some of the documents included in Saturday's release will involve the revolutionary war.

One of the documents that will be released will be his handwritten draft abdicating the throne in 1783, the year the treaty was signed. The letter was laden with corrections and written during a political crisis.

"I am therefore resolved to resign my Crown and all the dominions appertaining to it to the Prince of Wales, my eldest son and lawful successor," reads the letter which was never used.

Also to be released Saturday are King George III's personal exchanges with Queen Charlotte and the handing of power to his eldest son, King George IV.

The documents have been stored in the Round Tower of Windsor Castle for more than a century. The tower is a royal residence located west of London.

The documents to be published Saturday are part of an ongoing five year project to digitize more than 350,000 documents in the archives' collection of Georgian papers, covering the reigns of the first four kings named George between 1714-1837.