Thousands of asylum seekers reported to be working illicitly in Germany

According to an NDR television report, illicit work is being done by at least 100,000 of Germany's recently-arrived asylum seekers. Many profiteers may include eateries, discos and householders the program claimed. 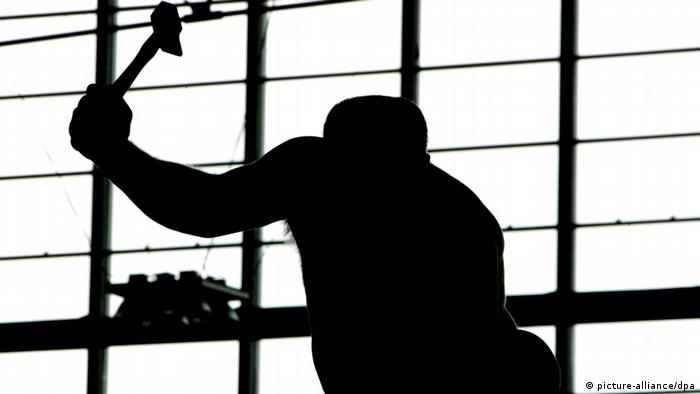 The "NDR Info" program reported it had learned from social workers and refugee helpers that up to 30 percent of the 1.1 million refugees who arrived in Germany last year were working without being properly registered with the authorities.

NDR suggested that at least 100,000 were working in this way without their employers making sure that health and pension contributions and taxes were being paid into Germany's elaborate social welfare system.

"Many profit from the plight of refugees," said Emilia Mitrovic of the German DGB trade union federation's advisory center in Hamburg, referring to employers who dodged welfare payments. Most of the work involved menial tasks.

The report comes five days ahead of a litmus-test regional state election in Mecklenberg-West Pomerania, Germany's Baltic Sea state that was once part of communist East Germany.

A new integration law, effective from 6 August, is supposed to make it easier for asylum seekers to find legal work. Social workers say it is a start but it will not greatly cut "Schwarzarbeit" the German word for illicit or undeclared employment.

There are no official figures available according to the program but ten cases were being uncovered each month by Germany's customs service which has increasingly pursued illegal employment in recent years. 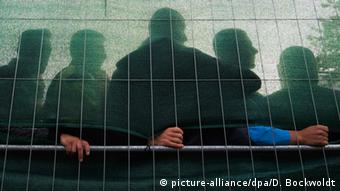 HUMAN-CARE GmbH which runs 39 hostels in the district of Harburg, south of Hamburg, said it had laid off one of its staff accused of taking kickbacks for arranging illicit work for camp residents.

The accused, named as "Mr 'A.' offered an unregistered job at a discotheque in Hamburg's Reeperbahn district," said one unnamed refugee. "In exchange, I was supposed to pay half of the wage to him. I wasn't willing to do that."

HUMAN-CARE told NDR that it had filed charges against its former employee.

The Harburg district administration said it was unaware of similar cases.

A social worker in Hamburg, who asked for her name be withheld, said her experience over the past 10 years was that up to 50 percent of asylum seekers sought illicit work at some stage.

"They have to provide for their families back home" as well as refund people-traffickers, the social worker said. "Some of them become really desperate, and leave the accommodation and are gone for two or three weeks, or leave in the morning and return in the evening," she added.

NDR Info said that in such cases asylum seekers left assigned hostels and headed for big cities such as Hamburg and Berlin where they slept in makeshift quarters or with friends.

"They work on the side as kitchen hands, wallpaper hangers, cleaners, or load containers," the television reporters added.

NDR also quoted an asylum seeker from Burkina Faso who was still awaiting his application two years after being registered when he arrived in Germany's eastern state of Saxony-Anhalt. He said refugees needed gainful work to avoid camp monotony.

"We want to work. We don't want to stay the whole time in camp and only sleep and eat, eat and sleep," he told NDR Info. "Eventually, one turns insane."

He said he earned 150 euros a month in Hamburg by helping in kitchens or loading containers and slept in a mattress dorm.

"I don't want to work illicitly. I know what it do is not correct, criminal. But, otherwise I won't find work," said the Burkina Faso national.

“We can do this!” Merkel and the Refugees

They’re mostly young, male, and highly motivated. Despite this, it’s not easy for refugees to find jobs. That’s the result of a study by the Berlin Institute for Population and Development. (17.08.2016)

Does Germany need an integration ministry?

Germany's integration commissioner believes it's time the constitution included a paragraph committing the country to integrating newcomers - plus a dedicated integration ministry. But conservatives don't see the point. (27.07.2016)

How can the media help refugees in Germany? Jaafar Abdul-Karim, Anchor 'Shababtalk'