At least 88 flights were delayed for a single airline as the airport struggled to cope with 50,000 extra passengers. Waiting times at security were as long as 90 minutes. 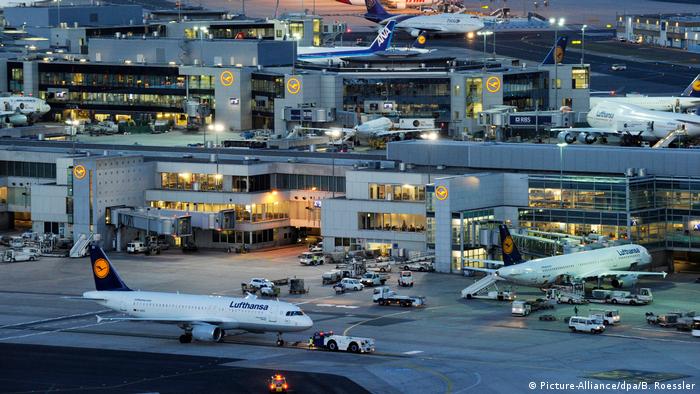 Thousands of passengers were finally getting off the ground on Monday after weekend crowds at security lines in Frankfurt Airport forced 3,000 people to miss their holiday flights. German airline Lufthansa had hefty criticism for the country's biggest air hub for not having enough personnel on duty during the busiest weekend of the year.

The security checkpoints at Frankfurt's Terminal 1, which handles many long-haul international connections primarily to Asia and the Middle East, were so backed up that many travelers had to wait more than 90 minutes to get through.

According to Lufthansa, which also operates out of Terminal 1, this caused 88 flights to be delayed because when passengers could not reach their gates in time, their luggage had to be taken off the aircraft.

On a normal weekend, Frankfurt Airport handles between 150,000 and 180,000 passengers. This weekend, however, Fraport, the company that runs the airport, estimated that it had 200,000 passengers.

And, it would seem, not enough personnel. The airport was also criticized for not reacting to the chaos by insisting passengers check their carry-on bags, which greatly reduces waiting times at security checkpoints.

"On the fourth weekend of Advent, there were once again big quality-of-service problems at Frankfurt Airport," said Lufthansa executive Detlef Kayser, calling for the issues to be resolved "as a matter of urgency."

Frankfurt has been experiencing major back-ups at security lines since the summer. In response, an additional security station has been set up with federal police, but it will not be in operation until some point in 2019.

As details emerge of how a woman managed to slip past security, estimates are coming in for the financial damage. The airport director says the weekend of chaos could cost €1 million. (30.07.2018)

The woman attempted to smuggle the drugs into the country in tupperware containers which she had stashed in her suitcase. Police said the drugs had an estimated street value of €850,000. (04.04.2018)