Vladimir Putin felt humiliated by the West and frustrated by the outcome in Kyiv. Now, he wants to show the West he means business, says Eberhard Schneider of the EU-Russia Center in Brussels. 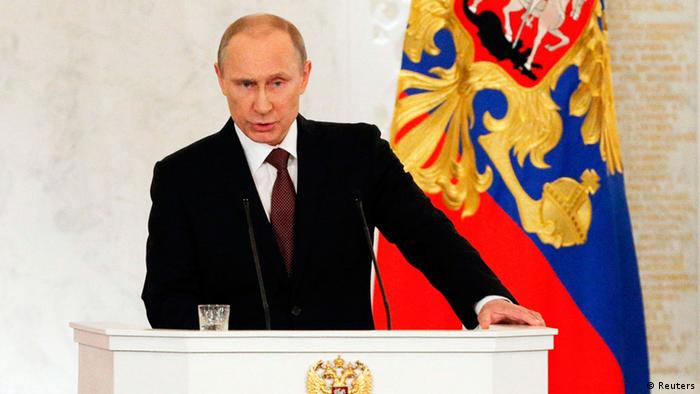 Russia has annexed Crimea, said Russian President Vladimir Putin in a speech to both chambers of Russian parliament and representatives of different religious communities on Tuesday (18.03.2014). His speech was met with rapturous and enduring applause. A moment later, Putin signed a treaty joining Crimea to Russia.

DW: Putin has announced Crimea's annexation by Russia. What kind of impression did his speech leave with you?

Eberhard Schneider: For me it was astonishing how strongly Putin is focused on the United States. He talked about what the US has done in the past years, and in which countries. His argumentation is strange. He blames the US for breaching international law, and now makes appeals in the sense: If they can do it, we can do it as well.

Then I realized that he was showing understanding for the Maidan movement, and the protests against the overly corrupt Yanukovych regime. But he didn't mention why the Maidan protests started - they started because [former President Viktor] Yanukovych didn't sign the Association Agreement with the EU one and half weeks before the due date, even though the document had been sitting on his desk for more than a year.

Then, as expected, Putin mentioned Crimea's history and its traditional relationship with Russia. But he did not say one word about why Russian troops intervened in Crimea. He said that Russia had the law on its side because of the deployment contract. But he did not say that the troops should not leave their barracks.

Putin also didn't say a single word about Russians suffering in Crimea; he didn't say that they were threatened or oppressed. But that's how he legitimized Russia's actions in the first place. What he did clearly state is that the Russian leadership will always defend its interests in Ukraine. The question is what exactly he meant by that - possibly an indirect threat of similar actions in east Ukraine. 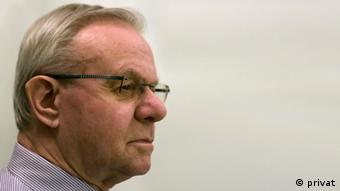 Schneider believes Putin is out of touch with reality

Crimea's annexation was supposed to be approved by the Russian parliament first.

Russian legislation doesn't allow for a territory outside of the Russian Federation - basically, the territory of another state - to simply join Russia. The legislation only allows that when the leadership of the other country, on whose territory the region is located, agrees. That would mean the government in Kyiv and the Russian parliament both have to agree that Crimea is now joining Russia.

Russia obviously wanted to change the current legislation, because Kyiv would never have given its approval. So they introduced a bill to the Russian parliament. First they asked the Venice Commission of the Council of Europe [an advisory body on constitutional law] whether the phrasing of the bill was in order. The Venice Commission said no. Then, the handling of the bill in the [Russian] parliament was postponed to March 21. But they didn't even wait until that date.

Western outrage about the breach of international law, numerous phone calls from US President Barack Obama and German Chancellor Angela Merkel - they seem not to have left any impression on Putin.

I don't think Putin is capable of engaging in dialogue right now. All these phone calls from the West were made with good intentions, but they won't work. Andrey Illarionov, Putin's former economic policy advisor, says Putin is not available and is on a historical mission. There was a phrase in the Russian Empire: collecting Russian land. Today, that goal could be rephrased: collecting former Soviet land. Merkel has also said that Putin lives in a different world. In my opinion, he's out of touch with reality.

Russian propaganda has stylized the campaign in Crimea as a victory against fascism. Putin talked about anti-Semitism and Nazis that are led by the West. What exactly is Putin referring to with that?

This whole propaganda is shown on Russian TV to legitimize everything. The right-wing movement in Ukraine makes up 0.2 percent, the Svoboda [right-wing nationalist] party, 2 percent, tops. The party has long distanced itself from anti-Semitic utterances from some of the Svoboda people. But you obviously have to create an image of the enemy.

If it were just about Putin annexing Crimea to Russia, he could have let the whole thing play out differently. You could have spoken with the government in Kyiv. You could have had a referendum, a fair vote. The way he did everything through force, it wasn't just about the referendum and annexation of Crimea for him. His concern was to show his power to the West. He is personally offended that the Maidan [protests] triumphed and that Yanukovych was overthrown. Putin feels humiliated by the West. His words spoke to that feeling: You in the West don't take me seriously, and you do what you want. 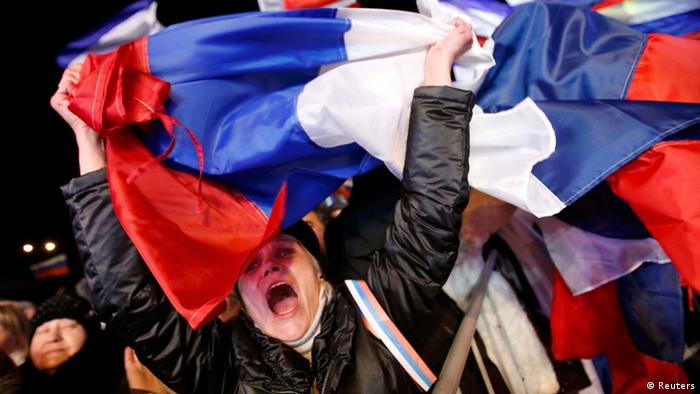 With the conquest of Crimea and the propaganda, Putin has unleashed a wave of irrational nationalism in Russia itself. Do there have to be more wars and conquests to keep his poll numbers high?

Putin obviously needs that. He needs another strong enemy because of Russia's internal problems. Economic growth has very much retreated. In the coming years, it's predicted to hit a high of 1.6 to 2.1 percent. To go ahead with the massive armament program that has recently been approved, he needs growth rates of 6 to 7 percent. In terms of modern industry, China has long since overtaken Russia; Russia's industry is largely outdated. The old enemy of the West is again serving its purpose as a scapegoat: "The West has imposed sanctions, and we cannot do anything."

Next comes South Ossetia, which had already wanted to join Russia in 2008. This didn't come about due to Russian legislation. Then they will take Abkhazia, then Transnistria. The interesting question is what happens in eastern Ukraine.

Are we headed toward a Cold War, or are we already in one?

We are heading toward a Cold War. This Cold War could last 10 years - Putin can remain president for 10 more years. In recent days and weeks, Putin has not responded, not been capable of dialogue, and has acted recklessly. I think that for him, any negative consequences for Russia and the Russian economy are irrelevant.

Eberhard Schneider is a German political scientist and expert on Eastern Europe. He has been on the EU-Russia Center's advisory board since 2004.

While the world watches Crimea, Putin is still planning for the Republic of Moldova to join Russia's Customs Union. Pressure from Moscow is high - and might be enough to scrap Moldova's EU Association Agreement. (18.03.2014)

Sanctions now imposed by the US and Europe against Russian policymakers are a first step, but, if Putin is to be stopped, tougher sanctions will be necessary, says DW's Ingo Mannteufel. (18.03.2014)