The exact circumstances surrounding his death are not yet known, but police are reportedly looking into a possible drug overdose. The 54-year-old was renowned for his roles in "The Wire" and "Lovecraft Country." 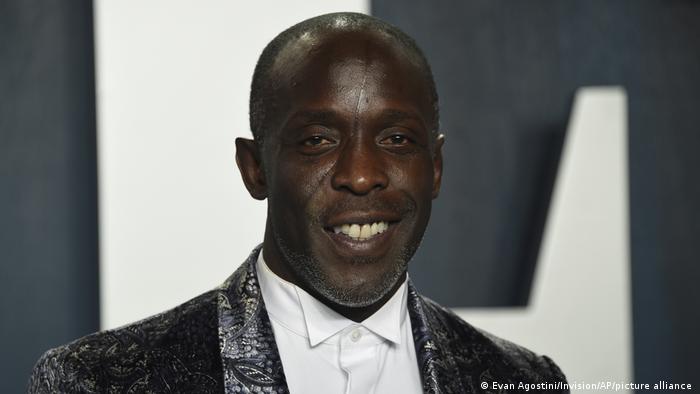 The 54-year-old was found dead Monday afternoon at around 2 p.m. local time (1800 GMT) in his Brooklyn penthouse apartment, the NYPD confirmed.

His death was being investigated as a possible drug overdose, local media and the Associated Press reported, citing police.

As well as playing Omar Little in HBO's "The Wire," Williams was also known for his character Albert "Chalky" White in the series "Boardwalk Empire."

He received an Emmy nomination earlier this year for playing the role of Montrose Freeman in the television series "Lovecraft Country" and had appeared in numerous movies, including "12 Years a Slave" and "Inherent Vice."

But it was his portrayal of Little, a "stick-up boy" based on real figures from Baltimore, for which Williams became best known.

"The Wire" co-star Wendell Pierce was among many to pay tribute to Williams. In a seven-part tweet, he began: "The depth of my love for this brother can only be matched by the depth of my pain learning of his loss."

Pierce added that Williams was an "immensely talented man" and concluded by saying, "Mike ... you joined the ages. Farewell my friend, Love, Wendell."

Isiah Whitlock Jr., who was also one of Williams' castmates on "The Wire," called him an "amazing actor" who had "the biggest heart."

The widely acclaimed series "The Wire" ran on HBO from 2002 to 2008. The US television network also said it was "devastated" to learn of Williams' death.

The son of a mother from Nassau, Bahamas, and a father from South Carolina, Williams was born in Brooklyn, New York, in 1966.

His first forays into entertainment were as a dancer for artists such as Missy Elliot, Crystal Waters and Technotronic.

Williams is survived by his son, Elijah.

The father of actor Ben Stiller was best-known for playing George Costanza's dad on the famous NBC series. He was also part of a husband-and-wife comedy duo.

Rock legend, poet, sex symbol: 50 years after his death, people are still fascinated by Jim Morrison, lead singer of The Doors. But who was the man behind the legend?

Zombie film classic "Night of the Living Dead" from 1968 daringly featured a black actor and spawned numerous sequels. Its creator, US filmmaker George Romero, has passed away at age 77.