American singer-songwriter Christina Grimmie has died after an attacker shot at her at a concert in Orlando, Florida. She was signing autographs for fans when she was gunned down. 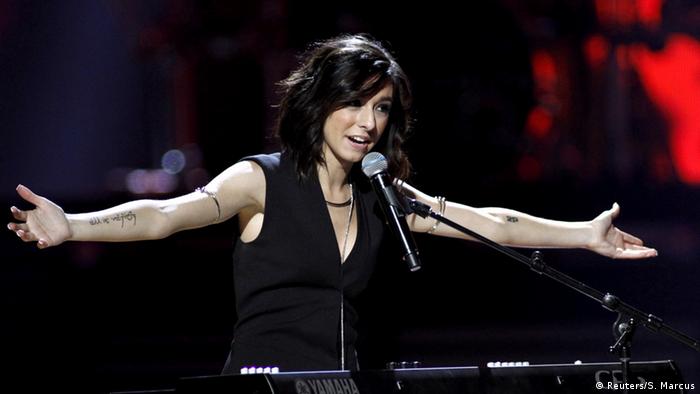 "We can confirm that Christina has passed and went home to be with the Lord," publicist Heather Walsh said in a statement on Saturday. The Orlando Police Department also confirmed the death of "The Voice" singer.

Police said the singer was performing with the band, Before You Exit, at the Plaza Live in Orlando, Florida. The concert ended around 10 p.m. at night and Grimmie was signing autographs when a gunman attacked her. Immediately after the shooting, Grimmie's brother tackled the unidentified attacker, who then shot and killed himself.

Police said his motive was still not clear. "We don't know if he was just a crazy fan that followed her on Twitter or on social media. We really don't know," spokeswoman Wanda Miglio said at a news conference. "Her brother is a hero for saving and stopping him from not hurting anyone else," she added.

The singer was rushed to the Orlando Regional Medical Center.

Grimmie finished third in the sixth season of NBC's "The Voice." The singer, originally from New Jersey, has a huge following on YouTube.

NBC expressed its regrets at her death in a tweet.

The band Before You Exit, which was performing with Grimmie on the fateful night, said in a statement, "She was an absolutely incredible musician and an even better friend. We are so saddened by her passing and are completely heartbroken."

Before You Exit's Adam Levine posted his message on Instagram. "I'm sad, shocked and confused. We love you so much Grimmie," he wrote.

The incident is likely to resurrect the debate on gun violence in the US, where relatively lax gun laws claim an estimated 30,000 lives each year, news agency AFP reports.

US jury to decide if Led Zeppelin stole 'Stairway to Heaven'

It's one of the most widely recognized songs in rock music history. But was Led Zeppelin's "Stairway to Heaven" stolen? Now a court in the US will have to decide. (13.04.2016)

During a concert by the American band Eagles of Death Metal, the Paris venue Bataclan became a deadly trap for over 100 concert-goers. (14.11.2015)