After years of gridlock, the US and Russia pushed together for a UN Security Council resolution to scrap Syria's chemical arsenal. Syria expert Joshua Landis tells DW why diplomacy is the best option. 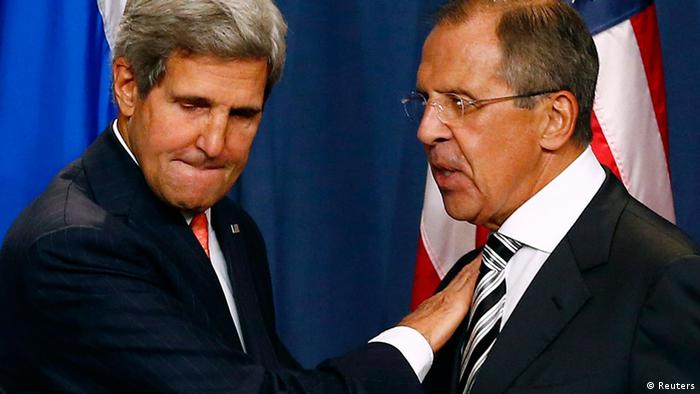 Dr. Joshua Landis: It's much more likely to achieve it than American bombing. An American strike on Syria would have blown up some buildings and killed some Syrian soldiers and others, but it wouldn't have done anything to destroy chemical weapons. It might have deterred Assad for sometime.

But this process deters Assad for at least one year, one would assume, from using his weapons. And it holds out the promise of Russian pressure on Assad to cough up the weapons. Now, Russia may have to pay Assad with more conventional weapons to get the things out.

But it's a net positive over what the alternatives were. Otherwise, Obama was going to do this all by himself with no support from the international community or from his own people, which was a very precarious political position to be in. At least now, he has international support to root out these weapons.

Where does that leave the Syrian rebels? It leaves them in a better position because Assad is less likely to use chemical weapons for the next year at least, and probably forever, which means they don't get killed by chemical weapons, which is better than before. It neutralizes a big element of his arsenal.

By jointly backing the UN resolution, the United States and Russia appear to be on the same side of the Syrian conflict for the first time. Will this cooperation bring any political progress in Syria?

If you're looking for the end of a refugee crisis and so forth through the division of Syria - into a regime Syria and a rebel-run Syria - this could actually bring us closer because America is less likely to encourage the rebels to go for a win, and that is already taking the wind out of the rebel effort. 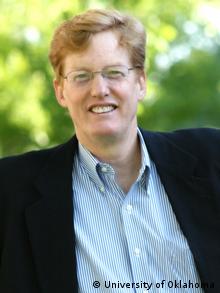 Does that mean, in private, the US position is actually closer to the Russian position than stated publicly?

Yes, it always had been. That's why America has been turning to Russia since the beginning for a resolution in the UN instead of just bombing Syria. We could do an Iraq on Syria. In Iraq, it took us three weeks to destroy Saddam. But we could probably destroy Assad in much less than that. But we don't want to because we don't like what the rebels offer us.

The Russians have been telling us [the United States] since Afghanistan that what we're doing in the Middle East is not bringing democracy; it's bringing failed states and more Islamism and terrorism.

I think the United States has come around to the Russian thinking on this, which is why you're hearing so little about democracy promotion from Obama, and you're hearing a lot about containment and managing conflict – patchwork security. These are the code words for "we don't trust Arabs to be democratic."

We don't know what Russia will exactly do. Obviously this is weak. Lots of Americans are apoplectic at [Secretary of State John] Kerry: That he's been outmaneuvered by Russia; that [Foreign Minister Sergei] Lavrov is the wily fox and knows the UN; that Russia owns the UN. We're hearing all of these sweet phrases out of very angry American right-wingers. And some not so right-wingers, some liberal hawks [too].

But the fact of the matter is America has a very weak hand here. We don't want to own Syria. Obama doesn't want to open the money spigot on the Syrian problem. He has no faith that America can fix the Syria problem. We basically had an infinite amount of money to spend on Iraq and couldn't fix anything. And the same in Afghanistan. So the Russians have a strong hand – we're telling the Russians: You fix this problem.

Now what Obama got out of the UN is better because it gives the Russians leverage over the Syrians. The Russians can say they're holding back the Americans. And the Americans are going to be sitting there with a magnifying glass trying to point out everywhere Syrians are cheating. Ultimately, will they get every chemical weapon? I doubt it. But will they get a lot? They probably will, because Assad doesn't want to get bombed.

Are Assad and Russia serious about destroying the chemical weapons, or is this a way to buy time for the regime?

The regime looks at it as a way to buy time. America looks at it as a serious way to destroy the weapons. And Russia isn't quite sure. What we had three weeks ago is America was going to unilaterally destroy a Russian client, which was going to make Russia look weak. Today, America is sitting down with Russia and letting Russia manage this affair. It's much better for Russia; it's much better for Assad; but it's also better for America. It's a win, win, win.

We have to remember – America has no strategic interests in Syria, very few. We've had sanctions on Syria since the seventies; we have no trade with the country; we don't talk to them diplomatically about anything except for stopping terrorism and support for Hamas and Hezbollah. And today, Syria doesn't support either group with any money or any arms because it's too busy supporting itself. In fact, Syria is a net drain for both those groups.

So Syria is actually doing the right thing from the point of view of American interests by eating up its military machine and destroying itself. Now of course, there's potential spillover in the region, and destabilizing Jordan and Lebanon, but so far it's pretty good. Those countries have not collapsed. Turkey is weaker than it was. The situation is not bad for America if you want to look at it cold hearted.

Sure it puts stress and it's creating a big al Qaeda problem. Obama wanted to declare victory over al Qaeda once he killed Bin Laden and say that he had attrited and destroyed two-thirds of the al Qaeda leadership. The problem is that what we're watching in Syria and Iraq is the resurrection of an al Qaeda two. And it's much bigger and much more numerous than it ever was in Afghanistan. There are thousands of jihadists getting front line training and actually developing an Islamic state, because Al Qaeda in Iraq and the Levant owns big swathes of Syria.

Assad's strategy is to help turn the rebel-owned north of Syria into Kandahar and then to offer his services to America and Russia as the person who can help them solve their al Qaeda problem. That's what he's telling America and the world every time he gets on TV.

Dr. Joshua Landis is director of the Center for Middle East Studies and associate professor at the University of Oklahoma's College of International Studies. He is also the president of the Syrian Studies Association and the webmaster of syriacomment.com.

The United Nations says its inspectors in Syria will investigate a total of seven sites where chemical weapons were allegedly used. The UN has also said the team would finish its work on the ground on Monday. (27.09.2013)

What began with largely peaceful protests against Syrian President al-Assad in March 2011 developed into a full-scale civil war. Read DW's coverage of the conflict in Syria. (27.09.2013)

Opinion: Can NATO save eastern Europe?

Mexican president under fire for comparing Jewish analyst with Hitler

Opinion: Hong Kong-China: Beijing must be held accountable for its actions