The Czech Republic is a landlocked country but this hasn't stopped two Czech citizens from dreaming of reaching the sea on a boat made of plastic bottles. They hope to reach Hamburg from their home town of Nymburk. 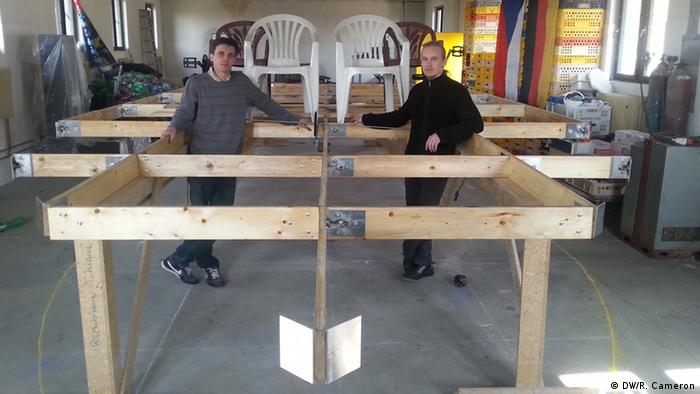 Building a plastic paddle boat to the sea

It's about this time of year that most people start thinking of their summer holidays, and more than a few will already be dreaming of jumping on a plane to hot and exotic lands, perhaps somewhere by the sea. Two young lads from the Czech Republic have taken that thirst for adventure one step further; they've built their own boat out of plastic bottles, and are soon to set sail on an epic voyage down the River Elbe all the way to the North Sea.

In the scrubby backyard of what used to be a parish priest's house, a magnificent river-going craft is rising from, well, a load of rubbish essentially. Honza Kara, a 22-year-old student, and his friend Jakub Bures, a 21-year-old mechanic, have gathered 6,000 empty plastic bottles, mostly donated by the people of their home town, Nymburk. 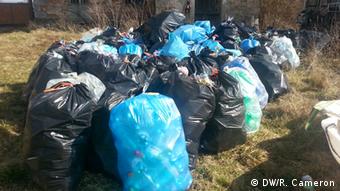 The plastic bottles have been donated by people from the town

In a low-slung breeze-block building at the back of the yard, Honza and Jakub have been filling the bottles with dry ice (which provides added buoyancy) and attaching them in panels to a ten-meter wooden frame. The gears from four old bicycles have been ripped out of their frames, turned upside down, and welded to the deck. An axle connects them to a steel propeller at the back.

"Some time in June" (they're gloriously vague on the details), the pair will push this outsized pedalo boat into the River Elbe and hop on board. They'll pedal -with two friends- down the Elbe, across the border into Germany, past the great city of Dresden and on to Hamburg and the North Sea -850km in total. It could take a month, maybe two. The two young adventurers seem unconcerned by either the time or the distance. 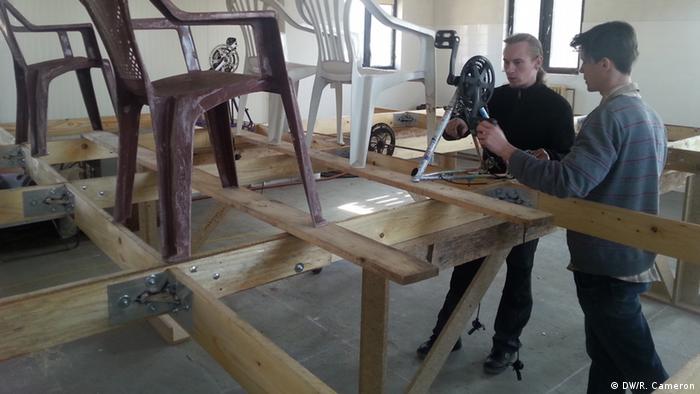 The pair hope to set off some time in June

"Last year I walked from Nymburk to Gibraltar. It was a 3,000km-long pilgrimage," Honza Kara told DW.

"I didn't know Jakub at that point. What happened is that he wrote to me, saying he wanted to meet me when I came back home. And he told me he was building his private boat from plastic bottles. And I told him that if it works, we'll make a big one and go to Hamburg," he went on.

It didn't work, that first boat. But this second boat -which bears the working name "PETburk" (after the acronym for polyethylene terephthalate – Czechs refer to plastic bottles as "PET bottles") -has been redesigned and streamlined with help from engineers at the Prague Technical University. And Jakub Bures is not one for giving up. 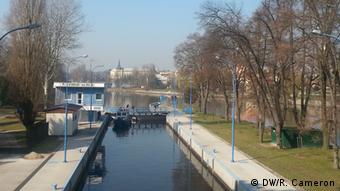 "But I was convinced I could make something that was capable of navigating the river. So I said to myself, I'll just have to build another one."

Their plastic boat will be far from luxurious; four plastic lawn chairs have been bolted to the deck. There will be a small cabin – also made out of plastic bottles – to provide shelter from the rain. They'll be able to take on limited supplies of food and water for the journey. But the two have endured worse hardship and seem unfazed by the challenge. 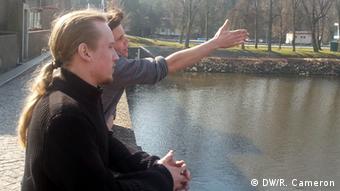 The sea is a powerful call for these two young adventurers

In a way they're answering the call of a powerful force of attraction - the sea. Apart from a brief period of glory in the Middle Ages, when King Otakar extended his realm as far as the Adriatic, the Czechs have been well and truly landlocked. So each year millions of them make arduous car or plane journeys for a glimpse of the foaming surf.

For a pair of a natural adventurers like Honza and Jakub, building their own boat and pedaling to the North Sea is the most natural thing in the world. And there's an environmental message too – when they get to Hamburg their plastic boat will be completely recycled. It is, perhaps, the ultimate green adventure.

Twelve internationally renowned architects have donated their blueprints for the newest Ronald McDonald House in Hamburg. Critics say McDonald's is misusing the goodwill; families say the homes have saved lives. (13.01.2014)