The Two plus Four Talks

The 1990 negotiations between the two German states and four allied powers were dramatic. The peaceful revolution of 1989 had made German unity possible - but it could only be completed by a treaty. 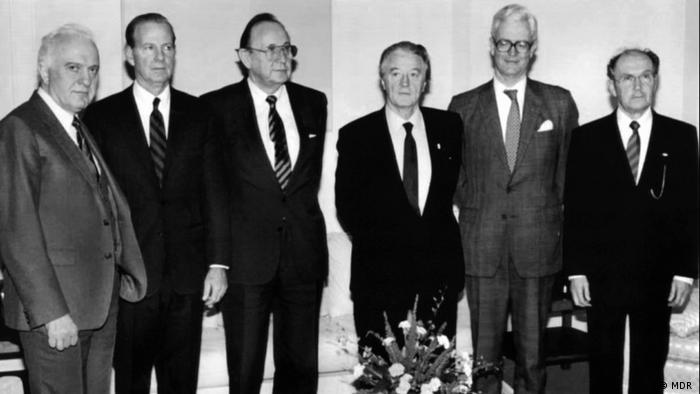 German unity was not just the result of peaceful protests and the collapse of communist East Germany. It was also the outcome of a political struggle between the victorious powers of the Second World War. This documentary traces the dramatic wrangling that took place in the negotiations that resulted in the so-called Two-Plus-Four Agreement, the political repercussions of which can be felt to this day. 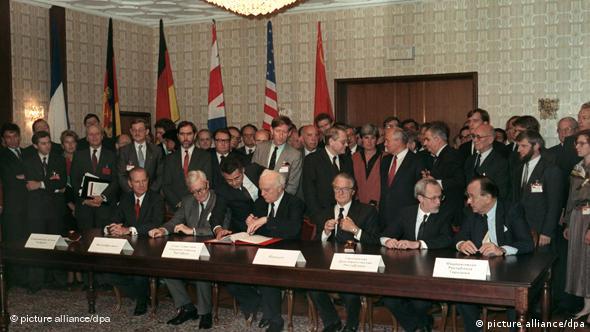 The historic day of German reunification on 3 October 1990 was preceded by months of diplomatic talks between East and West Germany, the Soviet Union, the USA, France and Great Britain.

Using archive recordings, contemporary documents and largely unknown files from the American secret service, the CIA, the documentary takes a look behind the scenes of those momentous negotiations 30 years ago. We talk to the politicians and diplomats involved in the controversies surrounding German unity and the agreements reached at the time, including former US Secretary of State James Baker and French foreign minister Roland Dumas, chief negotiators Robert Zoellick, Dieter Kastrup, Bertrand Dufourcq and Philip John Weston, as well as advisors to François Mitterand, Helmut Kohl and Margaret Thatcher. And members of the last East German government, such as Prime Minister Lothar de Maizière, Foreign Minister Markus Meckel and Thilo Steinbach, tell us how they experienced the unification process in the days before their country ceased to exist.