Jürgen Klopp and his players deserve plenty of credit for their Champions League triumph. But paying attention to a hitherto neglected aspect of the game has been a big factor in the Premier League leaders' success. 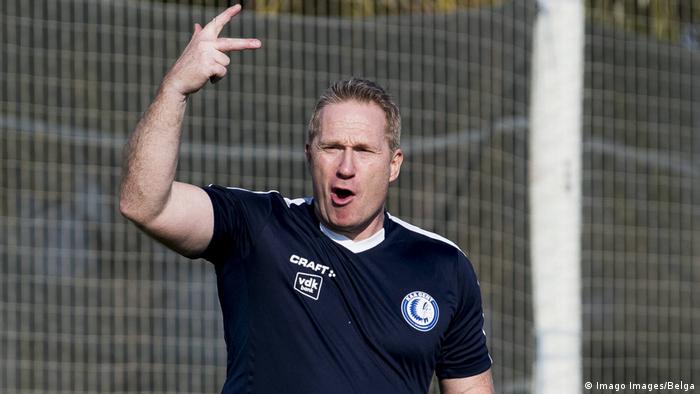 He has done since he was a boy, when his natural ability to hurl the ball great distances drew gasps from the handful of spectators on the touchlines of small-town stadiums in Denmark. Despite a distracting detour as a national-level sprinter and bobsledder, the now-44-year-old couldn't get the throw-in off his mind.

He scoured his local library and further afield to read up on his unusual interest, only to find that the textbook hadn't been written. To him, it was an open goal.

"You may say it's only a throw-in but if you have the ball you can score. And if the opponents have the ball they can score. It's pretty simple," Gronnemark told DW after a double session with Liverpool's first team and academy prospects.

It sounds simple when you put it like that but convincing the often conservative world of football of the virtues of a ubiquitous but almost entirely disregarded aspect of the game wasn't easy. After phoning around to clubs in his native land, Gronnemark started coaching with small Danish outfit Viborg FF before catching a break with FC Midtjylland, a side who have become synonymous with innovation and analytics in recent years.

His success was startling, with the Danish Superliga side scoring an average of nine or 10 goals a season from long throws. To further his credentials, Gronnemark decided he needed to practice what he preached and, after thwarted attempts in a friendly between Denmark and Spain and a Bundesliga game between Hertha Berlin and Wolfsburg, in 2010 he broke the world record for the longest throw-in with a "flip throw" of 51.33 meters, a feat that required extensive gymnastic training.

"If I'm the only throw-in coach in the world, I thought it'd be cool to have the world record for the longest throw-in. If you're the world’'s best at something, it'll also mean that you know it well," he said.

Another mission accomplished, Gronnemark continued to hone tactical-throwing innovations on what he calls "fast" and "clever" throw-ins as well as the long-throw approach established with Midtjylland.

By this time, hundreds of miles away in Liverpool, the Dane's novel approach had caught the eye of Jürgen Klopp, with the German coach frustrated by his side's inability to retain possession from throw-ins and unable to find the solution himself. Gronnemark was visiting a chocolate shop in Denmark when he noticed a missed call from the UK's +44 dialing code.

"I thought it was just an English guy selling pens to my business or something," he explained. "But I listened to the voicemail and it was Jürgen Klopp. If I hadn't have been sitting in the car seat, I would've fallen over because if I admired one club in England it would have been Liverpool.

"I tried to call Jürgen but he didn't answer, so I went back in to the chocolate shop with my family and then I thought I'd drive home and take perhaps the most important call of my life in quiet surroundings."

That call, which came shortly after Liverpool lost the 2018 Champions League final to Real Madrid, led to a meeting, which led to a training session the following day. Since then, Liverpool have won the Champions League, are leading the way in this season's Premier League, where they are on the verge of a first league title win in 30 years.

While there's no serious suggestion this is entirely down to throw-ins, Liverpool's improvement in that area has been remarkable. But perhaps more remarkable is just how poor they - and almost every other team - were in the first place.

According to statistics provider Understat, teams in the Premier League last season kept possession from 48.6 percent of their throws under pressure. The numbers weren't much better in the Bundesliga (48.8), La Liga (52.4), Ligue 1 (50.2) or Serie A (49.2). Essentially, teams had about the same chance of keeping the ball from an under-pressure throw-in as they would have done from tossing it randomly in the air with their eyes shut.

"Football, historically, has been a little bit far behind in some areas," said Gronnemark. "I'd also say one of the reasons why clubs, players and coaches haven't focused on throw-ins is that they've lacked the knowledge and also that most coaches are just thinking 'the other team are as bad as us and that’s just how it is.'"

Klopp and Gronnemark have shown it doesn't have to be like that. Recent statistics show Liverpool have had a ball-retention rate of just under 70 percent from throw-ins this season, making them the second best in Europe. The only side better than them? Midtjylland.

Such improvement can be achieved relatively simply assuming players and coaches have the right attitude, according to Gronnemark, who also works with Champions League semifinalists Ajax, Belgian club Ghent and a Bundesliga side he declined to name. It's just a matter of coaching mental and physical skills that have long been ignored. 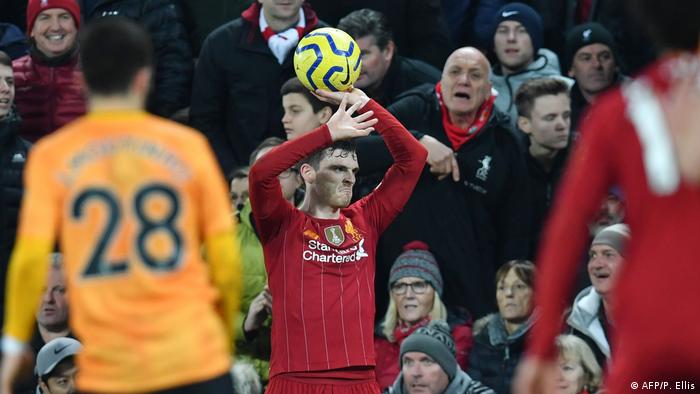 "Sometimes coaches expect their players to be able to make a precise throw-in and they yell at them when they can't. But they're not doing it in training. Imagine if professional football players hadn't trained passing with their feet. What would happen? They'd just hit no-one but you never think about that."

Something as simple as throwing the ball to a teammate's feet, rather than bouncing it in front of them or throwing it at a more awkward height, can make an enormous difference, he added. And while neither Ajax nor Liverpool use long throw-ins in an attacking sense, that aspect of the training can be beneficial when dealing with throw-ins deep in your own half.

According to Gronnemark, Liverpool left back Andy Robertson has gone from a maximum throwing distance of 19 or 20 meters to 27 or 28, and this gives him many more options to escape pressure situations.

But to the untrained eye, it's at the other end of the pitch that the throw-in coach's work yields the most noticeable results. Liverpool have twice won recent games, against Spurs and Wolves, from moves started with throw-ins. Gronnemark points out that his coaching is not just about the player with ball in hand.

Klopp open to outside influence

"In Liverpool, one of the reasons why we're so good at throw-ins is that we have a lot of intelligent players, we have a lot of leaders, a lot of players who are used to taking a lot of responsibility," he said. "If you do that, it’s easier to learn new things I think." 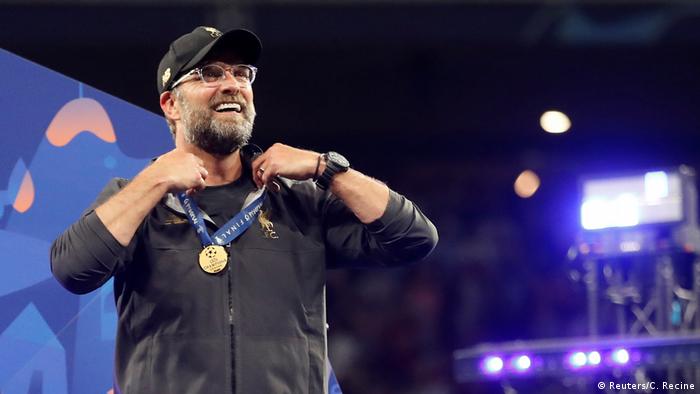 His aren't the only novel ideas embraced by Klopp at Liverpool, with the former Borussia Dortmund coach taking advice from all sorts of people, from nutritionists to big-wave surfers in a quest to fine-tune his red machine.

"It says a lot about Jürgen, not only as a human, but also a leader. For me, I feel it's like he's saying 'I don't know so much about this area but I feel that you know a lot and I trust you to help us.' I think you have to be brave to do that as a leader."

The same could be said of someone prepared to think about football in a different way and ignore the critics. While demand for his services is growing, Gronnemark seems to be the only top-level throw-in coach in European football. Armed with the statistics, the endorsements from the best coaches and the helping hand in winning titles, his odd job could soon become entirely normal.

Perhaps that textbook will be written after all.