"Shoplifters" by Hirokazu Kore-eda has won the Palme d'Or at the Cannes Film Festival. A total of 21 movies were competing to win the top prize. The story focuses on a group of Tokyo misfits and crooks who form an alternative family by taking in a child found on the streets. The film has been referred to as a modern day "Oliver Twist."

US director Spike Lee meanwhile won the runner-up Grand Prix prize for his film "BlacKkKlansman". The movie tells the story of a black police man who infiltrates the Klu Klux Klan.

In 2017, the top prize went to the Swedish satire "The Square," which later went on to bag an Oscar nomination.

The long, dark shadow of #MeToo

But beyond the prize winners, the 71st Cannes Film Festival, which ran May 8 - 19, will likely be remembered for some of its off-screen moments.

This was the first edition of the Cannes festival since the establishment of the #MeToo movement, following the downfall of Hollywood film producer Harvey Weinstein over accusations of major sexual misconduct by dozens of women. At the closing night of the Cannes Film Festival, Italian actress Asia Argento announced that she was one of the women forced into having sex with Weinstein in 1997 when she was 21 years old. The alleged rape happened during the Cannes Film Festival, she added.

"This festival was his hunting ground. I want to make a prediction: Harvey Weinstein will never be welcomed here ever again," Argento said. 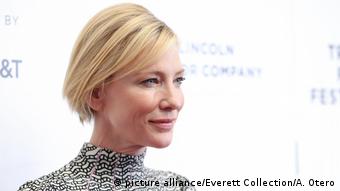 Hollywood stars including Cate Blanchett, Kristen Stewart, Helen Mirren and Salma Hayek as well as directors Ava DuVernay and Patty Jenkins organized a red-carpet protest to demand equal opportunities in the business and a "safe workplace" for women and men alike. Australian actress Cate Blanchett headed this year's jury while US-American actress Kristen Stewart and director Ava DuVernay were among its members.

Festival organisers also signed a formal pledge to encourage more gender parity in its selection by 2020, saying they hoped it would help set an industry standard. Cannes has been criticized for years for the gender imbalance in films selected for screening at the festival.