The Strasbourg shooter and the Polish musician who tried to stop him | Europe| News and current affairs from around the continent | DW | 18.12.2018

Five people died in the Strasbourg attack. Among them was a Polish musician who had spoken out in favor of a Europe without borders. Many people view him as a hero, others have criticized his liberal views on migration. 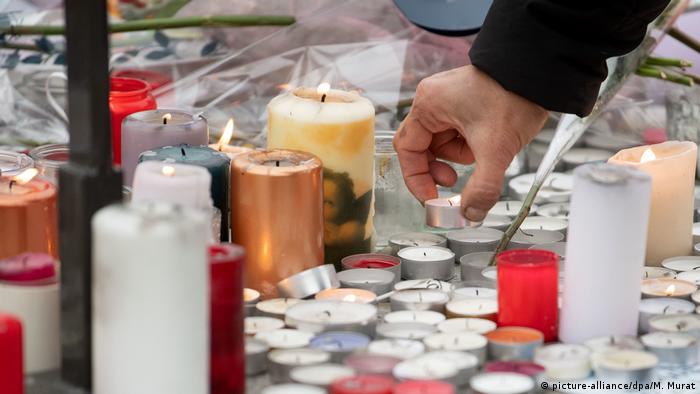 It happened on December 11, in the middle of the Christmas season in downtown Strasbourg. The gunman opened fire and, according to French investigators, yelled out "Allahu akbar" ("God is great" in Arabic). Polish musician, journalist and European Parliament tour guide Barto Pedro Orent-Niedzielski stood together with several friends, among them Italian journalist Antonio Megalizzi, in front of the music club Les Savons d'Helene, near the Christmas market.

According to Polish media, citing witness accounts, the two men stepped into the way of the armed shooter and blocked the door to the club. This act of heroism may have prevented a much greater bloodbath. Both of the men were wounded in the attack and died a few days later.

"Barto Pedro Orent-Niedzielski, a French-Polish journalist who was injured in Strasbourg together with Antonio Megalizzi, is no longer alive. Rest in peace. We are fighting terrorism until victory!" wrote Antonio Tajani, president of the European Parliament, on Twitter when he learned of Orent-Niedzielski's death.

"Our brother Barto Pedro Orent-Niedzielski has just left us. I thank you for the love and strength you gave him," wrote Jakub Niedzielski, brother of the late musician, on Facebook.

Appreciation in the homeland

Polish President Andrzej Duda, a former MEP who remembered Orent-Niedzielski from his time in the European Parliament, also expressed his shock on Twitter: "He was fatally injured when he saved the lives of the other people."

The country's mrime minister, Mateusz Morawiecki, has promised the victim's family a life-long state pension. "The Pole has paid with his life for the lives of other people," he said.

Orent-Niedzielski, originally from Katowice in the south of Poland, had lived in Strasbourg for 20 years. He emigrated from Poland with his mother at the age of 16, but in recent years he regularly visited his home town. 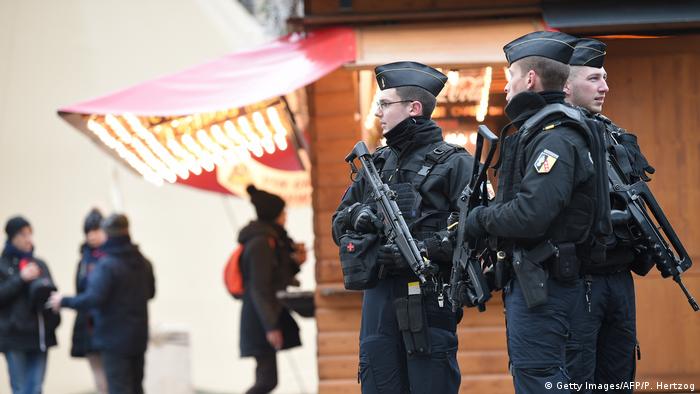 His friends, who called him Bartek, spoke of his great enthusiasm for the idea of an open Europe. He was also committed to supporting the LGBT movement, Jewish culture and solidarity with the Palestinian people. Orent-Niedzielski's plan was to open a linguistic cafe in Strasbourg where people of different languages and cultures could meet.

"Always full of ideas, an energy volcano, always with a smile on his face," recalls Dariusz Zalega from Katowice. "When we talked about the terrorist attack in Paris in 2015, he didn't look for the culprits where fanatics, racists and know-it-alls were looking for them. He believed responsibility laid with those who cause wars, sell arms and spread hatred. His message was: 'Everyone is my brother.'"

A little over a year before his death, in July 2017, Orent-Niedzielski wrote enthusiastically on Facebook about his new job as a tour guide at the European Parliament. While working for Europhonica, a European Parliament-focused radio station, he tried to convince his listeners of the advantages of a multicultural continent.

Lorenzo Consoli, who works in Strasbourg as a correspondent for the Italian news agency Aksanews, also spoke about Orent-Niedzielski and his Italian colleague Antonio Megalizza in a journalist briefing at the European Parliament.

The two had had the ability "to talk for hours on end about all sorts of European issues. Bartek wanted to bring every injustice to light and Antonio was always looking for concrete solutions to problems," Consoli said.

But the two have also been criticized posthumously for their pro-European attitude, Consoli told DW.

"There are some bad comments claiming that such terrorist attacks would not have taken place if Europe had not kept its doors so open," he said.

The 29-year-old perpetrator of the attack, Cherif Chekatt, was born in Strasbourg. He was shot dead by police after a two-day, large-scale manhunt.