The middle class is the backbone of society. The Greek philosopher Aristotle recognized this more than 2,300 years ago. But, a new study warns that the middle class in Germany is shrinking. 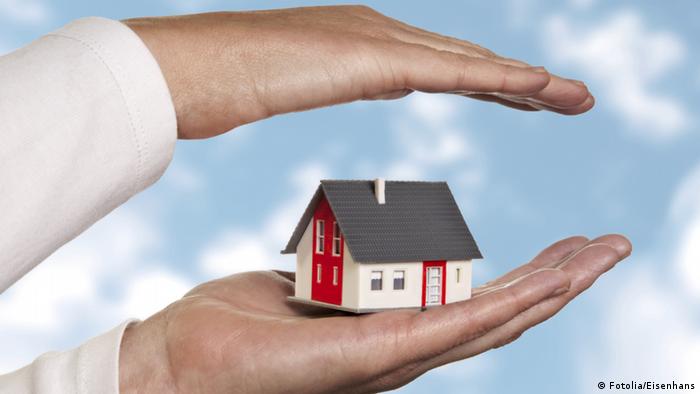 About 58 percent of the population in Germany belongs to the middle class. That may sound like a lot, but in 1997, that figure was 65 percent, according to a new study conducted for the Bertelsmann Foundation by the University of Bremen and the German Institute for Economic Research.

One of the difficulties of the study was the complex make-up of the group, which can include architects and lawyers, computer experts and civil servants, as well as artists, teachers, musicians, journalists and politicians. In short, there is no truly clear definition or boundary to what constitutes the middle class.

One point of orientation is the so-called median income, which divides a population into two halves – one above and one below the income line. The current study counts all people in Germany as middle class, who have a net income after taxes of between 70 and 150 percent of the median income. In a four-person household in Germany this means between 2,400 and 5,000 euros per month. 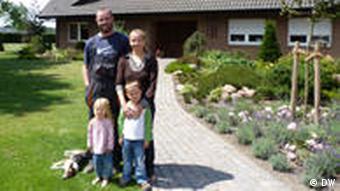 The German middle class is being pinched by lower net incomes

Another characteristic of belonging to the middle class is education and occupation, says Olaf Groh-Samberg, a professor of sociology at the University of Bremen and one of the authors of the study. But, he warns that climbing the social ladder has grown more difficult.

"Income distribution in Germany has become polarized and there are ever fewer opportunities for advancement from lower social strata into the middle class," he says.

Groh-Samberg called this phenomenon "dramatic" because it has a negative impact on the social fabric by magnifying class differences. "Solidarity evaporates when the upper portion of the middle class orients itself upwards and the lower part of the middle class develops anxieties that it could become downwardly mobile and no longer belong to the middle class, while those who are even below them have no chance of rising, " he noted. In addition, the percentage belonging to the middle class has dropped over the last 15 years from 65 to 58 percent, he told DW.

Stefan Hradil, a sociology professor at the University of Mainz agrees with this assessment, but warns against overly dramatizing it because not everybody in the middle class is dropping down and out of it, he says.

Middle class is a guarantor of stability 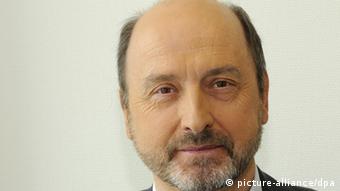 Even the Greek philosopher Aristotle was aware that a large and solidly ensconced middle class had a positive effect on society as a whole. A prosperous middle class was stable and reasonable, did not exploit the poor and was not envious of the rich. But when things go wrong, there is a problem.

One example, he noted, were the Poujadists in France in the 1950s, an anti-tax protest movement of craftsmen, shopkeepers and small businessmen named after its founder Pierre Poujade, which later became the model for the far-right National Front.

In Germany, too, he noted, the rise of the Nazis corresponded with a weakening of the middle class in the wake of the economic crisis of the late 1920s.

The state would be well advised, he warns, to stave off the shrinking of the middle class.

"Continuing education and positive examples, or as far as children are concerned, a more permeable and motivating school system – especially for German children from the lower classes and children from immigrant families – are more important than ever," he emphasizes.

The duty of politics 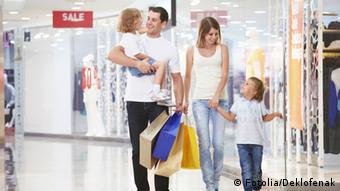 Politics must find ways to shore up the middle class

More than half of all Germans still belong to the middle class, according to the Bertelsmann study, leaving the country well positioned by international comparison. In many other countries, the numbers are a lot worse, says Hradil. "The larger social inequalities are, the more crime and other problems there are," he notes.

It is the obligation of political leaders to take action, says Groh-Samberg, in light of the rapidly expanding group of low income earners, which makes advancing to the middle class nearly impossible. Labor market policies need to be changed to make the middle class more accessible, he says, adding that political leaders need to find ways to get more solidarity from the upper echelons of society. As Aristotle recognized more than 2,000 years ago, it is important to find the right middle between the extremes.

Germany's government has rejected charges that its report on poverty and wealth falsified signs of societal disintegration. This followed newspaper claims Wednesday that critical passages were removed during editing. (28.11.2012)

The fatalistic view that effort at school is useless is held by more than half of young Germans in lower income households, according to a new study. By comparison Swedes still believe much more in getting ahead. (27.11.2012)