The Royal Family: Past, Present - Future?

The Golden Jubilee celebrations began this weekend, but the future does not look too rosy for the British monarchy, whose image has been damaged by busting marriages and princely drug abuse. 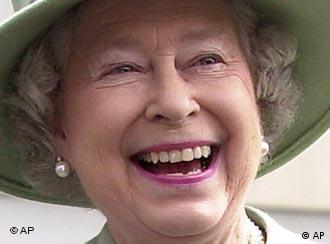 The Royal Family's future is no laughing matter

If British children know one thing about kings and queens, it is most probably Henry VIII’s marital appetite. Today, royal marriages still attract attention worldwide – the recent wedding in the Netherlands was a perfect example.

Henry VII’s marital behaviour – he had six wives – was due to his desire for a heir. In those days, the cold political facts of the royal marriage were about preserving the dynasty, forming strategic alliances and uniting houses.

These days, royal marriage may be less political. But they are just as essential. As Queen Elizabeth celebrates her 50-year-long rule, all eyes are on her successor – and the next potential royal wedding.

The next in line is Prince William. His Royal Highness William Arthur Philip Louis Windsor, also nicknamed Wills, Dreamboat Willy, Billy, and Wombat will one day be King William V. With his dashing good looks and self-effacing charm, he has already emerged as the royal family’s major sex symbol.

Hundreds of websites by infatuated young ladies are dedicated to the second in line to the throne. In a 2001 MORI poll 72 per cent of 15-24 year olds had a more positive view of the Royals than their older counterparts. 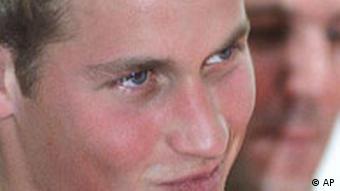 The unexpected result is said to be attributed to the Prince William (photo) effect. The strapping young lad has so managed to charm the younger section of the public that Britain’s next generation may well forget all current royal blues.

But apart from William’s rising popularity, the British Royal family is not faring too well.

In 1990, 75 per cent of Britons throughout the country thought that the country would be worse off without a monarch. A decade later, the figure was down to 44 per cent and calls to modernise the country – including the abolition of the monarchy have become louder since, as more and more Brits are concerned that the Royal family is not quite what it used to be.

As the Queen prepared to travel to Westminster in her golden carriage for the opening of Parliament in 2000, the British newspaper Guardian launched a campaign questioning the future role of the monarchy. "She must be Elizabeth the Last", the paper said.

Five inside pages in the Guardian were devoted to the role of the royal family even though, the paper noted, Guardian journalists risked deportation due to the 1848 Treason Felony Act for advocating republicanism.

While pro-royals argue that the crown promotes integration, is a symbol of the Kingdom’s unity, is totally harmless and a boost to tourism, critics accuse the monarchy of trapping its subjects in an infantile fairyland and national delusion, giving the crown fault for breeding small-mindedness, eurosceptism and conservatism.

Dissatisfaction reached an all-time high in the 90s, a development which was closely tied to the antics of the family members, including three busted marriages and a prince sent to a south London rehabilitation centre for young hard drug addicts.

Headlines such as "Prince Harry, the party animal!","Diana butler charged with palace thefts" and "Prince Charles polo knock out" have only helped to taint British ermine. 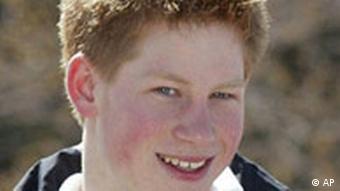 Despite the Royal Family’s ups and downs, the Queen, who is just over 1.5 metres tall (4' 9"), still remains a dignified figure in the United Kingdom.

She is grudgingly respected even by her republican subjects and regarded as a leading figure despite her rather cool and collected airs.

Whereas photos of Princess Diana visiting the aids-inflicted or mingling with the seriously injured in mine-boggled Rwanda, regularly circled the press, Queen Elisabeth is more well known for her formal appearance in the opening ceremony of parliament.

Despite all talk - Elisabeth is said to prefer spending time with her corgis - the first subjects she greets every morning - than her close family, the Queen has kept to the guidelines she set herself as a young princess embarking on her royal career. "I declare before you that my whole life, whether it be long or short, shall be devoted to your service and the service of our great imperial family", she said in a 21st birthday broadcast.

She has proved a clearly devoted leader to her kingdom.

The Queen who has had to preside over a shrinking Empire and a Britain slipping from its position as world leader in industry and technology, has had no easy reign. And as New Labour pushes through with its parliamentary reforms, a cold wind is beginning to blow through Buckingham Palace.

Today the role of the reigning crown has fundamentally changed to a mere representative role.

These days, kings and queens need to show up at all kinds of events - and hold speeches on all kinds of topics. Last year, Prince Charles talked on subjects ranging from globalisation and rural decline to alternative medicine and "Bowel Cancer: A Cancer No one Wants to Talk About".

Bringing deeply-rooted traditions in harmony with modern-day expectations of the royal family is no easy task. According to Prince Charles, "The art of living lies in striking a balance, and composing harmony out of opposites is a sacred thing."

As Queen Elisabeth nears the last legs of her reign, it will be soon be up to her young heirs to master the opposites of both traditional and progressive ideas, history and future. But as collapsed marriages and royal alcohol-and-drug abuse prevail in newspaper headlines and tv-newsreels, Britain’s monarchy has its work cut out.

The Passing of a Princess

Princess Margaret, the sister of England's Queen Elizabeth died Saturday morning at the age of 71. (February 9, 2002)

People around the globe grieved over the death of "Queen Mum" earlier this year. World leaders called her a "pillar of strength." The mother of Britain's Queen Elizabeth was 101 years old. (March 31, 2002)