The psychology behind a sports comeback

What causes a team to go from relatively weak to nearly invincible when there is a hint of a comeback? German sports psychologist Jeannine Ohlert reveals all. 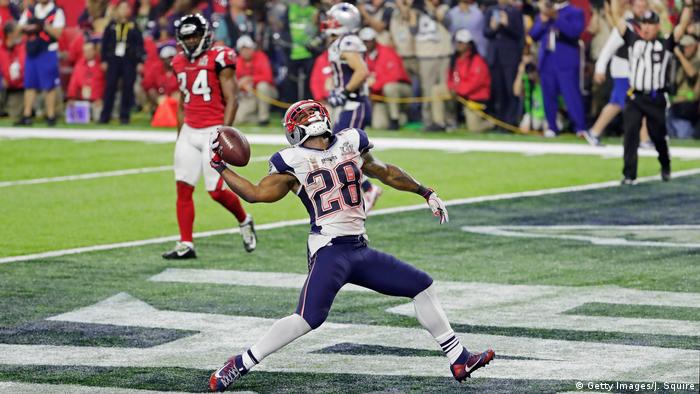 DW: A team scores a touchdown or a goal and thinks, 'Hey guys, we've actually got a chance here.' And then they suddenly begin playing at 110 percent, they're invincible. What's happening there?

Jeannine Ohlert: I think it has more to do with the team that's leading, which then has a problem. We see that again and again in different sports. In soccer, for example, there was the German national team game against Sweden where they led 4-0 and that ended in a 4-4 tie. Or the German handball team that actually led the entire time during the World Cup, but then still lost to Qatar. And the difficulty, I believe, is simply that at that moment when [they] have such a commanding lead, then very quickly it can happen that [they] mentally check out. That means that it's not the team that's trailing that suddenly gives 120 percent, but rather the team that's actually out in front dropping in their performance. There are actually some studies out now on that. They speak of "collective collapse."

What do those studies show?

The problem is there aren't that many. A colleague of mine is looking into the issue very intensively. He just conducted his first experiments in order to see whether it's somehow socially infectious … meaning a player's feelings are transferred to another. The first [player] thinks, "yeah, this will work out somehow" - and they allow their performance to drop a bit - their feelings and also in their performance. The first studies that have come out show that this is really how it is.

But couldn't the team holding the lead end up getting gripped by fear that they might lose? An 'uh-oh' moment?

I don't agree … The problem is that when I'm scared, then my "activation" is too high - that's why I can't perform. During moments where I'm scared and my activation is too high, then my entire muscle coordination doesn't function anymore. That we know. The problem is actually in that the players do not have that fear. They instead continue to feel like, 'oh yeah, somehow or another we'll hold on 'til the clock runs out.'

What can teams do to prevent a collective collapse?

What you'd actually need in that situation - and some teams are doing that, if not very many yet - is that you agree upon a sort of "code word" in advance just in case it happens. Something the trainer can call out and where the players then know, "okay, now I have a special assignment again." It has to be agreed upon in advance that as soon as the trainer says this word, then I have to focus on the task I've got. And that could be, for example, staying tighter on my opponent or giving 110 percent in certain situations. That'd be one way to possibly stop [the comeback]. But that's really just more from my experience as a sports psychologist, an idea as to how you could go about it. But it's difficult - it's difficult to put a stop to it.

Jeannine Ohlert is a sports psychologist and scientific researcher at the German Sport University Cologne. She also works with teams as a psychologist and, as a soccer player, has been on both sides of a comeback win.