The power of the independents | Europe| News and current affairs from around the continent | DW | 28.05.2014

The power of the independents

“I will milk the EU like a southern European country,” said the newly-elected German EU parliamentarian Martin Sonneborn, a satirist. He is one of 107 independents in the new EU legislature. Is chaos looming? 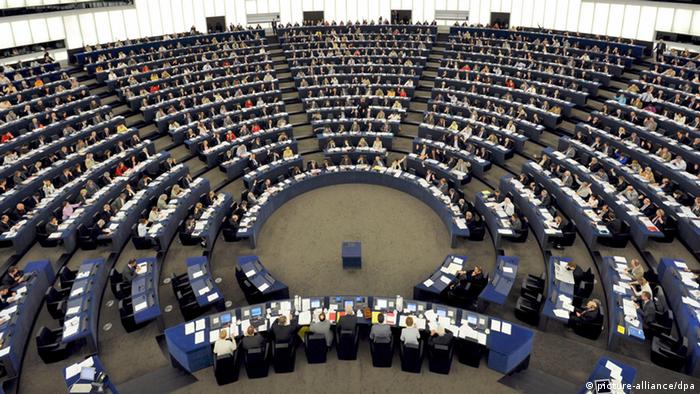 The election campaign for "Die Partei" (the party) by Martin Sonneborn, former editor-in-chief of the satirical magazine "Titanic," included slogans like “Yes to Europe, No to Europe,” and demands for a laziness quota and minimum allowance of one million euros (per person). In the end “Die Partei” received around 180,000 votes or 0.6 percent of ballots cast - enough for the satirical party to win a seat in the EU Parliament.

This was made possible by a ruling of the German Constitutional Court which struck down the 3 percent threshold clause for the EU Parliament. 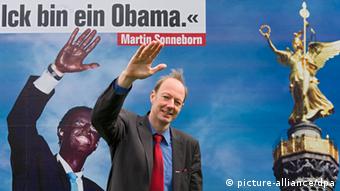 Martin Sonneborn at a satirical campaign rally. The slogan reads ' I am an Obama.'

Beside “Die Partei” other splinter parties have also been benefiting from the ruling: the Pirate Party, the Freie Wähler (non-aligned voters), the Tierschutzpartei (animal welfare party), the Familienpartei (family party) and the right-wing NPD will send one representative each to the new EU parliament.

Europe-wide, 107 representatives of parties, which previously had not been part of the EU Parliament, have won a seat, according to preliminary final results.

Independent parliamentarians could tip the balance

Will so many “lone fighters” restrict the parliament's ability to work? Or will it complicate procedures to find majorities? It won't be more difficult than before, thinks political researcher Andreas Maurer from the University of Innsbruck. “The present group of independent parliamentarians will thin out by July,” Maurer said. “Firstly, some of them will form a right-wing faction, and secondly, some will join other factions.” This has always been the case in the past.

Some 39 or 40 of the 107 independent representatives can be counted among the right-wing populists or extreme right-wing spectrum, according to Maurer. The remaining 64 or 65 independents are members of parties which have not yet been in the EU Parliament. Initially, this group could tip the balance in the search for a majority to elect the next president of the EU Commission. “There is a fight between the two major blocks about who of the 64 or 65 independents will join which faction,” said Maurer. 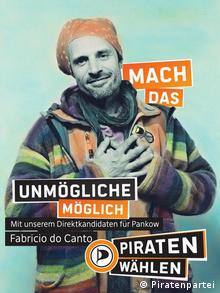 “The gap between the European People's Party (EPP) and the Social Democrats is between 15 and 20 seats in parliament. That's not much. If you include the 64 or 65 independents and if you consider the danger that Berlusconi's Forza Italia and/or Hungary's Fidesz could leave the EPP faction, it could look totally different in two months,” said Maurer. This shows the importance of the independent representatives in the current situation. “They are aware of the situation and will raise their price accordingly.” They could, for example, demand the chairmanship of some committee, or another post.

Eventually, the influence of small parties will be limited due to their size. When the new parliamentary groups are set up, independents will play next to no role at all and in votes they will normally follow the groups they have joined, notes Maurer.

The pressure of constructive cooperation

“There have always been factions which have been a colorful mixture,” said Maurer. Nevertheless all factions in parliament, except for the communists, act and vote as a block in more than 90 percent of all cases. But because there are always some dissenters and because the seats are distributed so that neither the EPP nor the Social Democrats are able to organize stable majorities, the two largest political groups have agreed on compromises in the last legislative period. 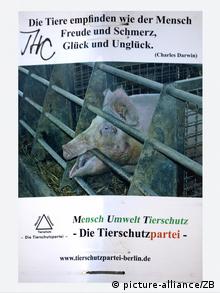 Given the expected majority ratio in the new EU Parliament, which has been reduced from 766 seats to 751 seats, the EPP and the Social Democrats will depend even more on each other. The EPP is still the strongest group with 213 representatives, but after their latest losses they will have only 28 percent of the votes compared to 35 percent in the last legislature.

There is no getting around the fact that after this election "the Christian Democrats and the Socialists will have to work together more closely in the next EU Parliament,” said Jean-Claude Juncker, the top candidate of the EPP - also because the right-wing and euro-skeptic parties have increased their voting strength from 25 percent to nearly 30 percent.

The new right-wing faction as troublemaker

For Maurer, the strengthened right-wing and euro-skeptic parties are the bigger problem than the growing fragmentation of the EU Parliament. "The new extreme right-wing faction will make itself felt. They will make trouble and disturb sessions with long and loud speeches,” said the political analyst.

From Martin Sonneborn, too, there is not much to fear. The satirical magazine editor will remain a footnote in the history of the EU Parliament. He has already announced that he intends to relinquish his mandate after just one month. “I will have four weeks to intensively prepare myself for my resignation,” he said.

Is Martin Schulz just a sore loser? Can he really compete with Jean-Claude Juncker for the EU's top job as president of the EU Commission? Now that the EU election is over, speculation is rife in Brussels. (27.05.2014)

Every fourth vote went to the National Front, making the party the strongest political force in Paris. The result - a retreat into narrowly national interests - is a fatal signal, writes DW's Alexander Kudascheff. (27.05.2014)

The success of extreme euroskeptic and anti-immigration parties in last week's European elections has rattled the political establishment in a number of EU states. But their gains at the polls are only part of the story. (26.05.2014)