The Paris attacks: a reminder of social media′s power to misinform | Science | In-depth reporting on science and technology | DW | 16.11.2015

The Paris attacks: a reminder of social media's power to misinform

The events of November 13 in Paris are a stark reminder of both the power of social media and its significant pitfalls. Following the tweets on Friday night, it was hard to tell what to believe or feel. 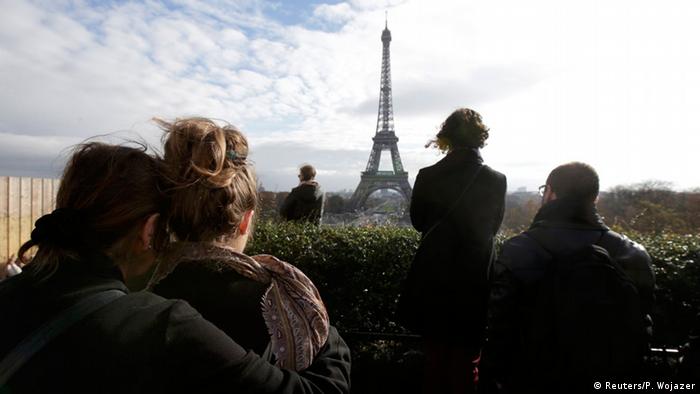 As is often the case after terrorist events like the multi-pronged attack in Paris on Friday, November 13, there have been a number of articles praising social media for its ability to get the news out - and get it out quick.

And there is no doubt: When people, stuck in the midst of an attack, start tweeting or posting on Facebook, it's often the first that journalists hear of an incident.

This is the technology we now wield. We no longer need to rely on the authorities to tell us whether loved ones are well - they can tell us directly, as some did using Facebook's Safety Check function.

Others alerted the world to what was happening at the Bataclan and in other Parisian neighborhoods via Twitter. And we've seen outpouring of grief and support since.

Social media connects us, creates a world community around us. It can be a powerful tool, but a dangerous one too.

Many - no doubt far removed from the events in Paris - seemed unable to resist the urge to chime in, and their contributions remind how fast misinformation spreads on social media.

It often starts with the death toll, with people citing all kinds of numbers. But on Friday, it was tweets about Calais - not Paris - that got me feeling anxious.

The most notable examples popped up on my feed at about 1 a.m. on Saturday morning, citing this fire at "the jungle," a migrant camp at Calais, in western France.

Very quickly there was talk of its being a revenge attack.

Some questioned the source of the information. Well done to you. And there was talk of people posting old photos of a fire at "the jungle" or perhaps from elsewhere.

Then Donald Trump cropped up for some reason and things started to get totally out of hand.

Others used the Calais fire as a means to fuel their anger or hate. And if you scroll through the reams of comments, you very quickly pick up on the confusion: Was there a fire? Yes, there was. No, there wasn't. Oh, yes, there was, but it was an accident, not arson. What about this video I've got - is it fake?

You could argue that social media has a self-correcting nature - that when enough people spot false information, it gets argued about until one user either blocks the other, or people simply move on and the claim in question expires. Certainly that's what can happen when the original act of misinformation is unintentional.

But there have also been intentional attempts at misinformation, including one example featuring Canada-based Sikh, Veerender Jubbal.

An apparently photoshopped image makes it look as though Jubbal is holding a copy of a holy book, while wearing a bomb-vest - when the original shows him holding an iPad as he takes a selfie in a bathroom.

Caution is definitely required during terrible events such as last week's Paris attacks.

But also a moment to reflect: Psychologists have commented that authorities were able to prevent panic breaking out at Friday's France-Germany friendly football match in Paris, attended by French President François Hollande and Germany's foreign minister, Frank-Walter Steinmeier.

So how did the authorities do it? They controlled the speed at which spectators learned about attacks from elsewhere in the city.

And speed is a key point. Social media is faster than fast. We react, retweet or comment often before we've even had a chance to digest the unfolding events.

But we should give ourselves that time. Out of respect to others and ourselves. Especially when we're nowhere near the scene.

After the terror in Paris, desperate people are searching for missing friends or relatives. During the night, a number of city residents offered shelter to stranded compatriots and tourists. (14.11.2015)

As the world honors the victims in Paris, social media asks, what about #Beirut?

An outpouring of support for the victims of the Paris terrorist attacks has overshadowed recent bombings in Beirut and elsewhere. Social media users in Lebanon and Nigeria are wondering why. (15.11.2015)