The Oxfam scandal is just one aspect of the aid industry′s ugly power problem | World | Breaking news and perspectives from around the globe | DW | 07.03.2018

When aid work turns into abuse

When a sexual abuse scandal rapped at the door of Oxfam, the world was appalled. But as DW's Helena Humphrey reports from her own experience in the field, it’s likely that the allegations are only the tip of the iceberg. 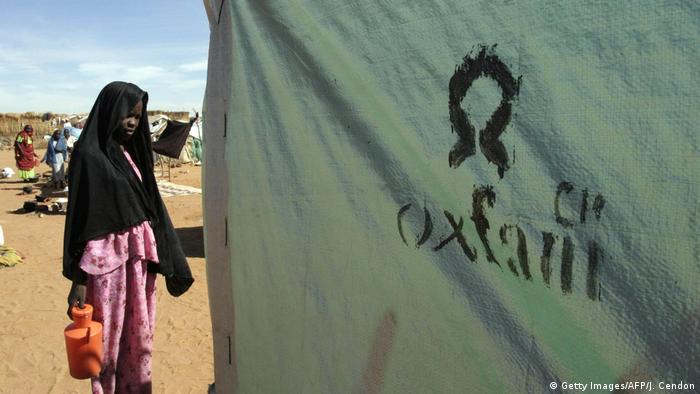 I can see myself sat in the back of one of those pristine, white SUVs. We are driving in the Philippines, the letters UN boldly emblazoned on the side of our vehicle. The traffic has slowed to a crawl. I look out of the window, taking in the small bars, kitchens and karaoke joints.

It is then that I notice that our vehicle is attracting attention: Women and girls are emerging from under one of the corrugated iron porches. One, who appears younger than the rest, is pushed in front of the others. I will always remember her shoes, a pair of high-heels she had yet to grow into. Some of the other women straighten their skirts or smooth their hair. Several others stiffen at the sight of our vehicle. They think we might stop, I realize, but not to distribute aid.

Rather, these women are expecting us to stop because we, the United Nations, are considered a feasible bet for a transaction. A few pesos. I am reminded that the only thing separating me from these women is smoked glass and sheer, incalculable privilege. The driver and I shuffle in our seats. No one says anything.

As the whistleblowers come forward and the cases of sexual abuse perpetuated by aid workers from Save the Children, Plan International and others, rack up, I am not the only one to think back to my time working in that industry. The stories former aid workers tell trigger resigned nods of recognition from colleagues still working in the industry. Talking to women who have worked in the sector for decades, one phrase is played on repeat, time and time again: "No one said anything." 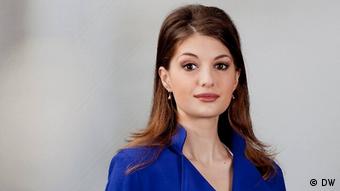 DW's Helena Humphrey used to work in the aid industry.

Those I have spoken to told me that whether they witnessed or were subjected to sexual misconduct, reporting mechanisms were either non-existent or insufficient. Many felt they risked losing their jobs if they were to complain. Indeed, a 2017 internal UN survey found that a third of employees feared retaliation if they came forward.

When it came to paying for sex, "no one said anything simply because a lot of people were doing it," a former field worker for Médecins Sans Frontières (MSF) says. She recounts a moment from one of her early missions with the aid agency in 2005. At 26, she was stationed in the conflict-gripped Democratic Republic of Congo and recalls a team meeting during which they were advised against the use of what were termed "prostitutes."

"Not because it was an infringement of human rights or because it was illegal in that country," she says. Rather, "bringing these people back to our shared house was deemed a danger to us expats. We were warned that they might steal our valuables in the night."

Three years later she was based in Haiti, same culture, different organization. This time Oxfam. Her new boss, "younger than me, less experience," informed her he was on his own "exploratory mission" involving young, local men.

The team was stationed in the remote north of the country responding to a flood, but on weekends he would have them decamp to the capital Port-au-Prince. "Come Friday at 2 p.m. he would bundle us into the vehicles and we would drive the four hours to the capital." Her laugh sounds jaded. 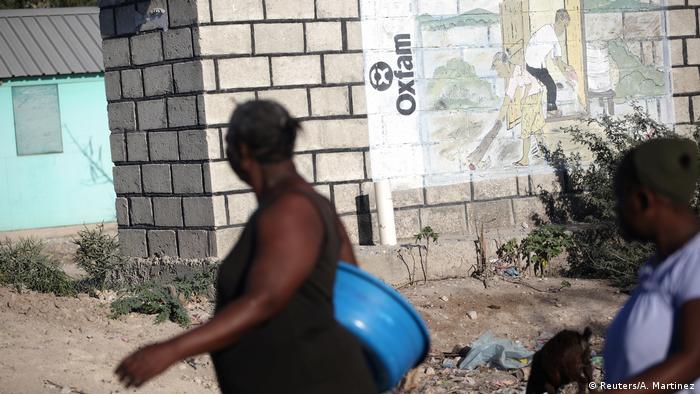 "The problem is endemic", according to Oxfam's Executive Director.

Her boss would then check into a "fancy hotel," dance, drink rum and "fish out the locals." She says she never asked whether any money changed hands, although she presumes on occasions it did, despite prostitution being illegal in Haiti.

It was all part and parcel of what she terms a "very casual, cowboy culture." A boy's club, she says, which did not shy away from sexual interactions even when the balance of power was so skewed "it would be difficult for anyone to say no."

From danger to danger

It is this culture which went some way to permit the sexual exploitation of those it was mandated to protect. When allegations surfaced publicly in 2015 that international peacekeepers had been sexually abusing children in Central African Republic, a veteran humanitarian worker, who also chose to remain anonymous, described how she had "almost breathed a sigh of relief."

Perhaps, she thought, "this would be a way of finally getting to the bottom of it, of stamping it out."

The allegations pertained to the rape of 40 children, resulting in nine girls becoming pregnant and at least one case of HIV infection.

"Most were on the run from atrocious violence and desperate for food. They were babies themselves," she says. There were reports some of the girls were exploited in exchange for a bag of sugar.

The nature of conflict and disasters means that vulnerable people often "disappear," fleeing from one precarious situation to another. Often, their stories are never heard, while the humanitarian carousel moves abusers on to another mission in another corner of the world. 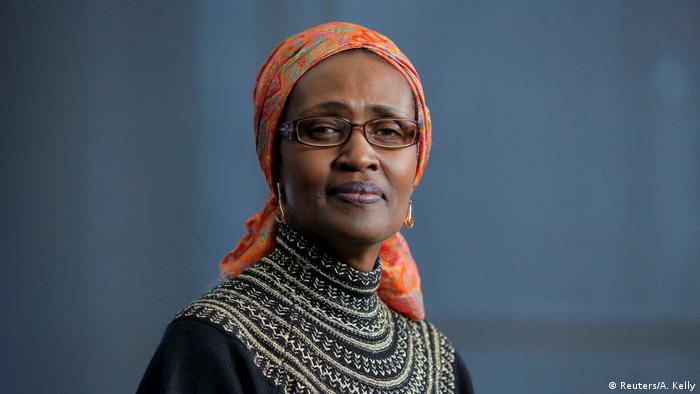 Byanyima has vowed to bring justice

Winnie Byanyima, Oxfam International's executive director, has vowed to bring justice to the women affected, although she is realistic about the size of the task at hand. When we speak on the phone, she concedes that the organization is unable "to find every person who was exploited by an aid worker and restore their lives, because the problem is endemic."

She also highlights another problem: "Women are arrested for sex work every day and pay what little money they have for their freedom. We are not likely to see women who have been victimized once volunteer to be victimized a second time."
What Byanyima says she can do is "clean her own house." Oxfam is working on changing the culture and is calling for an industry-wide employee vetting system and the establishment of an independent commission to investigate claims of sexual exploitation.

Oxfam's response would be more effective as a sector-wide response, according to Dorothea Hilhorst, professor of humanitarian aid and reconstruction at the Erasmus University in Rotterdam. "Imagine if the Red Cross sets up a commission, then MSF and so on." She fears this may lead to individuals having to go through the stress of being interviewed "several times on the same issue."

She has mooted the idea of an independent ombudsperson "in every area where there is a high density of aid," where anyone could easily report cases of abuse, sexual or otherwise.

But aside from the vows of atonement, it strikes me there is a basic solution not widely being spoken about: training. I am reminded of my own UN security course. When our class of seasoned humanitarian workers was asked who had faced sexual harassment in the field, every woman in the room's hand went up.

This is in line with a 2017 report by Tufts University, which found 86 percent of sector employees knew a colleague who had experienced sexual violence.

That evening we were invited to sit in a circle, share our experiences and discuss ways to make ourselves less vulnerable.

The course's male participants were invited to make use of the bar.

A newspaper report said Oxfam staff paid prostitutes for sex while on a mission to help 2010 earthquake victims. The British charity says it dismissed four employees following an internal investigation. (09.02.2018)