'The Northman': Why Vikings fascinate us

Another Viking film hits the cinemas, complete with scenes of brutal seafaring warriors mercilessly slaughtering their victims. But how much of a cliche is it? They fought with battle axes and swords, were bloodthirsty, wore menacing horned helmets, and indulged in wild revelry post-battle complete with free-flowing mead.

"Hold on," says historian Dominik Wassenhoven of the University of Cologne, "I think this depiction owes a bit to the imagination of medieval authors." For example, it has long since been proven that the Vikings wore helmets — without horns. Wassenhoven also doubts the many revelries: "A cliche, but one that is often taken up in popular media," he told DW.

And what about the legend that the Vikings spread more fear and terror than any other warriors of their time? The historian can't confirm that either: "Well, they certainly weren't harmless. But I would say they weren't per se more bloodthirsty or more brutal than their contemporaries."

Their reputation, Wassenhoven says, had something to do with the perspective of their victims. The Vikings often raided remote monasteries, where monks who could read and write lived. This was the case in 793, when the warriors from the far north raided the monastery of Lindisfarne in northern England. 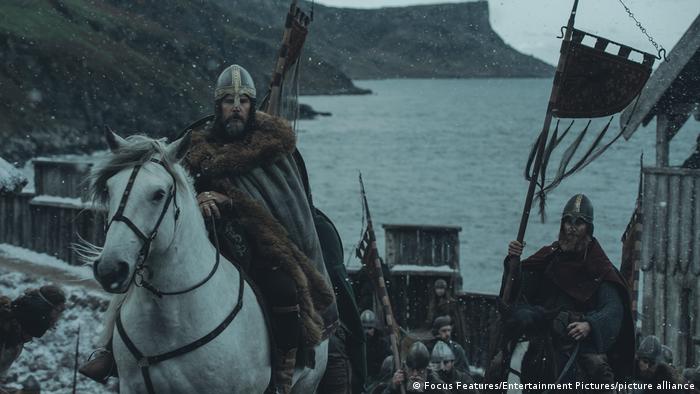 Vikings on a raid: Scene from 'The Northman'

One chronicle reports, "They killed some of the brethren, dragged some in fetters with them, drove many away, naked and heaped with insults, some they drowned in the sea." But that was not all. According to lore, the barbarians from the north carted away golden chalices and reliquaries as well as the cattle and set fire to the buildings. Local peasants were traded as slaves.

Later, an Anglo-Saxon monk wrote, "Never before had such terror come upon Britain as we now suffer at the hands of a heathen race." News of the plunder spread quickly, and the Norsemen became a symbol of terror to Christian central Europeans. Yet, it is often overlooked that the Vikings also traded: with fish, reindeer skins, sculpted woodwork, goldwork, metal tools, weapons and looted goods.

The reason why the Vikings went on raids outside their homeland was because Scandinavia had scarce resources for a growing population. The barren hilly land was not ideal for growing grain and vegetables. But on the other hand, the Vikings were gifted ship builders. "Sailing during this period tended to be — and continued to be for centuries to come — based along the coasts."

"The Vikings built long ships with which they could sail out to sea," says Wassenhoven. Not only that, "because they were so flat, they could also use them to go up rivers." On a good day, the rowers covered 15 to 17 knots/hour (about 30 kilometers). Ideal conditions, then, to go on a raid. With their swift, seaworthy ships, they reached Russia, England, France, and even America.

That's how they earned their name. In fact, the word Viking probably means "sea warrior who goes on a long voyage away from home." When their sails were sighted on the horizon, it meant bad news for the people. With axes and swords, they stormed ashore, raiding monasteries, villages and entire towns. 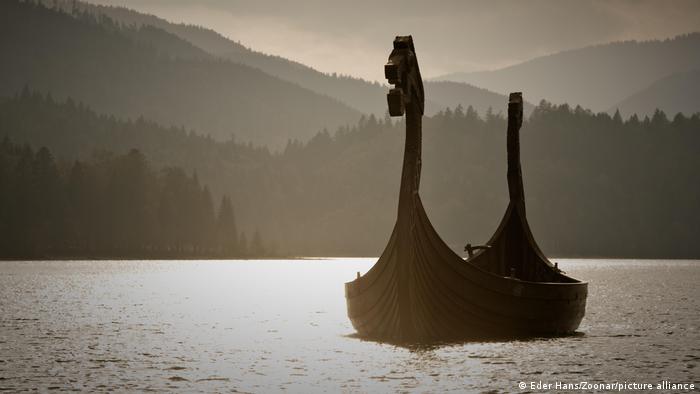 The end of the Northmen

Initially, they disappeared as quickly as they had appeared. However, from the middle of the 9th century, they increasingly spent winters in England, which they had ravaged several times, and eventually settled there and in Normandy. "The term Normandy, after all, comes from the Normans, that is, from the Northmen," explains Wassenhoven. "There, over time, they signed peace treaties with the Frankish rulers and were used as coastal guards, so to speak, against other marauding Viking groups."

Over the course of 100 years — that is, of three generations — they assimilated not only in Normandy, but also in Britain. "When William the Conqueror conquered England in 1066, that was the end of the Viking Age," says Wassenhoven. Also, the progressive conversion to Christianity of the fearless tribes from the north probably led them to settle down and haul in the sails of their dragon ships. 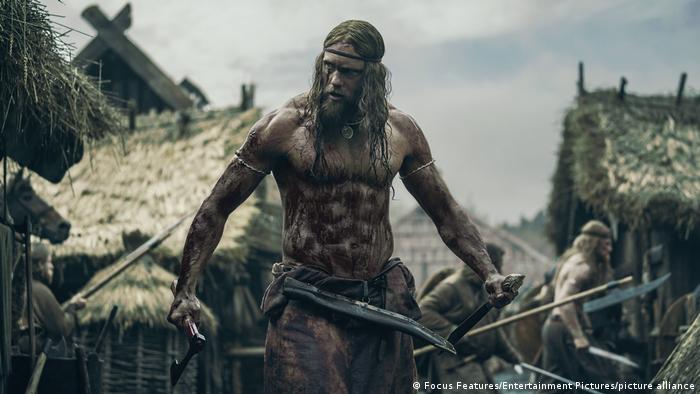 'The Northman' sets out to avenge his father's murder

Today, the "real" Norsemen can only be seen in Hollywood — as mystical heroes and bearded barbarians, fulfilling the cliche attached to them for centuries and which makes them fascinating to this age.