The Mozart Festival in Würzburg celebrates 100 years amid pandemic

His music has comforted people in times of pain and sadness. Even German President Frank-Walter Steinmeier says that without Mozart, we would all fundamentally be missing something.

Until very recently, the people of Würzburg had been worried whether their 100th anniversary Mozart Festival would even be able to take place in front of a real audience — due to the ongoing coronavirus pandemic.

"Giving up was out of the question for all of us. We had to fight for this season to happen," says the music festival's artistic director, Evelyn Meining. She says that the musicians were fed up with playing in front of cameras or against glass windows. "This music that comes from the heart and is intended to pull on your heartstrings can only be communicated as a live experience," she told DW. 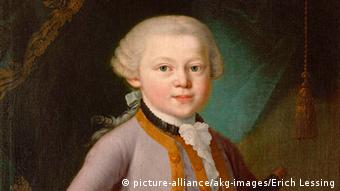 Mozart's genius was already noticed at a young age, as he wrote his first symphony aged eight

The declining numbers of COVID infections have already allowed a limited number of listeners to attend the opening concert on site, including guest of honor, German President Frank-Walter Steinmeier. In his opening speech, Steinmeier emphasized that Mozart was not a composer who was only to be enjoyed during "good times."

"The same applies to (Mozart) as to art in general: we need him especially during difficult times."

How much Mozart does one need?

Steinmeier welcomed the fact that the Mozart Festival would not only feature the composer's music but would also encourage a discussion about the direction of Europe's overall cultural heritage. He was alluding to a planned series of discussions as part of the festival entitled "How much Mozart does one need?"

Mozart has long become synonymous with art and culture, said Evelyn Meining in response, highlighting that the real question therefore is how much education and how much culture people need — and how prepared we are as a society, especially during the COVID pandemic, to fight for the preservation of art and culture.

For the opening event, Evelyn Meining and conductor and composer Jörg Widmann put together a program featuring a broad range of Mozart works. The focus was Wolfgang Amadeus Mozart's last symphony, the Jupiter Symphony.

Widmann's own composition Con Brio was also played, which featured abrupt jumps between classical chords and surprising sounds. "You can hear Mozart even more intensely when you combine his work in a program featuring a contemporary piece," Widman said. 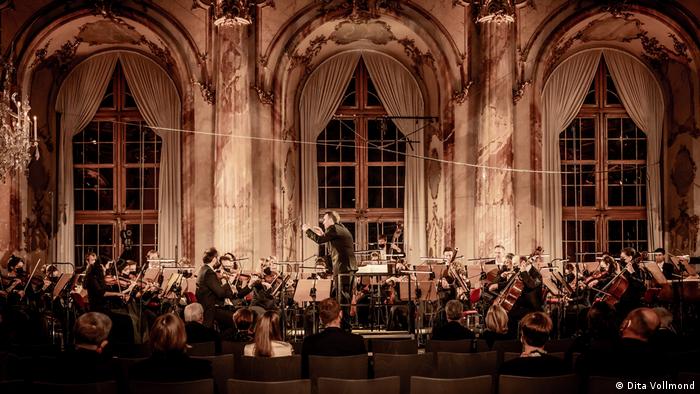 The Camerata Salzburg orchestra performed on a selection of period instruments and was accompanied by two famous violinists and arguably by even more famous instruments: Frenchman Renaud Capucon played on a violin made by Italian violin maker Pietro Antonio dalla Costa in 1764 — one of six instruments still preserved from Wolfgang Amadeus Mozart's private collection. An unspecified viola, played by the renowned violist Gerard Causse, also came from that collection.

Both instruments had been made available by the Mozarteum Foundation Salzburg for the anniversary concert: "We had received the instruments only a short time before the concert, and I didn't even know if I could play on it, but it still has an impeccable sound," Capucon told DW after the concert.

"The fact that Mozart himself held this violin in his hands is, of course, a very special honor in itself."

The Würzburg Residence palace, where many of the major Mozart Festival concerts have been held for a century now, was built between 1720 and 1740. Its interiors were designed by the famous baroque and rococo architect Balthasar Neumann, who commissioned the famous Italian painter Giovanni Battista Tiepolo to create a sumptuous ceiling fresco in radiant colors, depicting the four continents that were known at the time.

In 1981, the building was added to the list of UNESCO's World Heritage sites as "the most unified and extraordinary of all Baroque palaces." 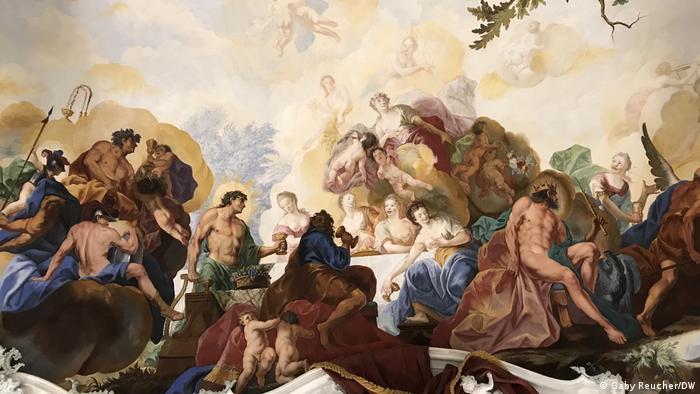 Mozart himself, however, never performed in these magnificent halls. Only once did he travel through the city by stagecoach. To his wife Constanze, he wrote at the time: "At Würzburg, we strengthened our stomachs with coffee — a beautiful splendid city."

But this fleeting visit alone was not the reason why Würzburg was established as a leading Mozart city.

The composer and conductor Hermann Zilcher conducted works by Mozart in the Kaisersaal and felt that the music complemented the interplay between architecture and painting.

"He said he felt as if he only had to trace the ornaments of Mozart's music as colors and shapes with his baton," says Evelyn Meining. In 1921, Zilcher went on to create Germany's oldest Mozart festival in Würzburg — at a time when the effects of World War I could still be felt universally.

The Mozartfest and Germany's contemporary history

And by the end of World War II, conductor and long-time artistic director of the festival, Eugen Jochum, found that Mozart and the Residence Würzburg had become inseparable. After a seven-year hiatus, he resumed the tradition of the Mozart Festival.

But in 1951, people were still affected by the horrors of World War II. Würzburg was almost completely bombed, and the Residence palace also lay in ruins. But people needed a sense of orientation and perspective for the future, says Meining. "Music made them forget and helped them be cheerful. There are pictures that show how people would dance and play music in front of the burned-out Residence back then." 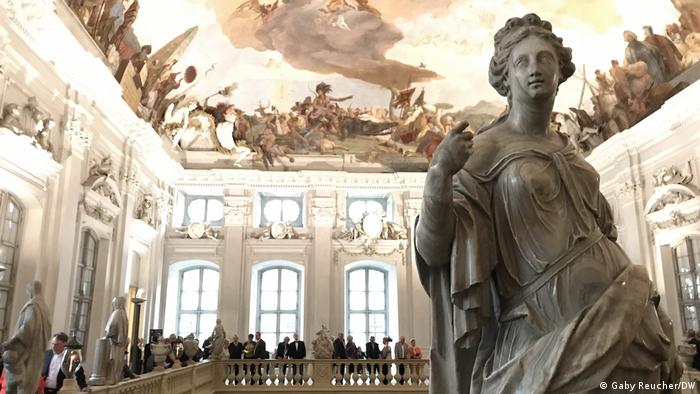 The Residence Würzburg had to be rebuilt after World War II

Mozart in times of a pandemic

Wolfgang Amadeus Mozart suffered many defeats in his lifetime. He was celebrated as a child prodigy, and was constantly on the move through the various courts of kings and queens. He was both envied for his talent and antagonized. He died at the age of just 35, seriously ill and poor.

"Mozart's music contains all that the human soul can experience in terms of downfalls, in terms of sadness, in terms of shadows, but also in terms of radiant light," says Meining. Even now, during the COVID-19 pandemic, Mozart can give people comfort, she adds. "In the Sinfonia Concertante in the opening concert, there's a great darkness in the second movement and then the tears are wiped away, joy returns, and at the end, you can see the light again, and your faith in the good is restored once more."

The Mozart Festival will continue to present world-class concerts and musical and artistic projects through June 27. The festival is also accompanied by the exhibition "Imagine Mozart."

How many of Beethoven's works can you recognize? According to a 170,000-vote survey, the composer is now more popular than his predecessor Mozart - in part, thanks to cinema.

For four days, the legendary Golden Hall of the Vienna Musikverein was turned into a music laboratory and sound studio for Chinese pianist Lang Lang, the Vienna Philharmonic Orchestra and conductor Nikolaus Harnoncourt.

There’s simply no escaping Salzburg’s most famous son when you visit the city. It’s the birthplace of Wolfgang Amadeus Mozart – and of a chocolate-covered praline that bears his name.

Imagine Mozart: the composer in art

Gerhard Richter, Max Slevogt and Oskar Kokoschka — all of these artists have found great inspiration in composer Wolfgang Amadeus Mozart's music. An exhibition in Würzburg highlights his influence.

The Mozart Effect: A musical fantasy

In this very first edition of DW Festival Concert, we embark on a trip to the Mozart festival at Würzburg’s magnificent Baroque palace with Cristina Burack.