The metamorphosis of Vladimir Putin | Europe | News and current affairs from around the continent | DW | 06.10.2015

The metamorphosis of Vladimir Putin

Russian journalist Mikhail Zygar traces Vladimir Putin's ascent to becoming the most powerful Russian president in decades. And illustrates the grip that extreme paranoia has on Moscow's power elite. 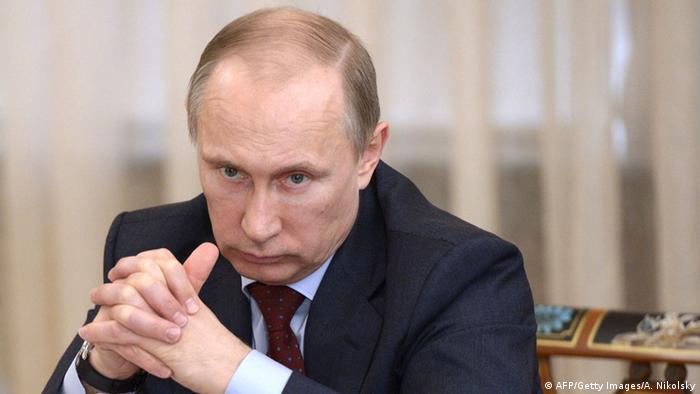 A reception honoring the Russian army in Moscow in 2004: The president stands in the corner whispering with the head of his intelligence services for the duration of the evening. The following morning he calls his prime minister, the economic-liberal Mikhail Kasyanov, and asks for his resignation. Putin says he knows that Kasyanov is involved in a conspiracy to sabotage upcoming presidential elections. He also knows that his co-conspirator is Austrian Chancellor Wolfgang Schüssel. Kasyanov resigns.

'Putin has no game plan' 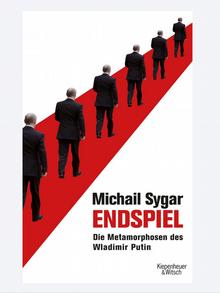 Zygar has been speaking with current and former associates of the Russian president for years. The journalist describes Putin's rise to the undisputed and redoubtable head of state that he now is, as a series of coincidences and disappointments. "Putin is not a strategist, he doesn't have a game plan," according to Zygar.

The 34-year-old is the editor-in-chief of the critical independent television station Dozhd, which has been under pressure from the government for years for its unflattering reporting. In his book, Zygar battles against the idealization of Putin as a savvy and ingenious puppet-master; both the demonic version put forth by the West, and the idolizing version propagated by Russia's official state media.

Rather, he paints a portrait of Vladimir Putin as a man seeking recognition. Zygar describes how the then unknown president began his first term by trying to woo Western politicians. How he organized a sumptuous opera evening for a visit by Tony Blair, and mesmerized conservative Christian George W. Bush with a miraculous story. When his dacha burnt to the ground, he told Bush, the only thing that survived the flames was a small wooden crucifix. The president's only goal was, and is, that Western leaders see him as an equal.

During that same time, he also attempted to make clear Russia's desire to join the defensive alliance of NATO to that organization's leadership. However, he also expected a special invitation and preferred treatment for Russia, allowing it to head to the front of the line. The invitation never came. "That was a heavy psychological blow for Putin," says Zygar. "And in my opinion, a serious mistake by NATO." For that is when Putin's metamorphosis began. And when the rejected leader began to seek revenge on those who had spurned him.

Zygar is a long way away from adapting the insulted tone of the Russian establishment in his assessment. He is more interested in tracing Russian leadership's slide into the aggressive world view that has eventually led to the war in Eastern Ukraine and military intervention in Syria. "The Germans that think they understand Putin would be surprised at the level of hysteria and paranoia that predominates Russia today," says Zygar. 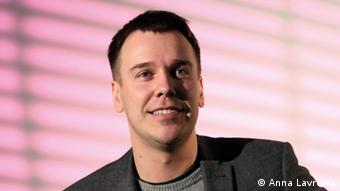 The most interesting aspect of the book "Endgame" is its detailed reconstruction of this evolution. Zygar, who has never spoken with Putin personally, recounts this transformation based on 19 key figures from Putin's sphere of influence. Among them are companions, such as chief ideologue Vladislav Surkov and interim President Dmitry Medvedev, but also opponents such as former Georgian President Mikhail Saakashvili and Russian opposition politician Alexei Navalny.

The book is a family chronicle of Russia's new power elite. In this way, Zygar draws a connection to the days of the Cold War, in which observers attempted to divine the plans of those in power by examining the constellations of persons in the politburo. Zygar's publicists made a point of inviting former East German civil rights activist, Russia expert and now Green party politician, Werner Müller, to the book presentation. Müller called the book "required reading for Kremlin astrologists."

The book's conclusions are indeed pessimistic. In the minds of Putin and his associates, Russia is a "besieged fortress," writes Zygar.

In light of this mindset, Russia's aid of Syrian Dictator Bashar al-Assad is only logical. Assad "seemed very happy" when Russia entered into the conflict against pro-Western Georgia, resulting in the Russo-Georgian War of 2008, says Zygar, who interviewed Assad shortly thereafter. "Assad has been waiting for Putin to come to his aid since then. Now that wish has been granted."

The brotherhood in arms between Putin and Assad is based on a shared conviction that giving in to the West would mean one's own demise. And that a disgruntled populous is always the result of aggressions controlled by the West. Should Putin's grip on power in Russia ever be challenged, the author is certain: "Putin won't act like Mubarak or Yanukovych." The Presidents of Egypt and Ukraine were forced to step down because of the pressure of mass demonstrations. "Putin," says Zygar, "will act like Assad."

The NATO question: Between Russia and Turkey in the Syrian conflict

Following Russian violations of Turkish airspace, NATO has defended Ankara, urging Moscow to "avoid escalating tensions." But is the incursion a wildcard, or a ploy to test NATO resolve? DW talks to the experts. (06.10.2015)

Ankara has summoned Moscow's envoy after another apparent breach of its airspace by a Russian military plane. The move comes as Russia faces mounting international criticism for its military intervention in Syria. (06.10.2015)

As Russia embarks on an anti-"Islamic State" bombing campaign in Syria, President Vladimir Putin seems to be reverting to tried and true tactics. Fiona Clark reports from Moscow. (04.10.2015)