Hardly any other country has been so scarred by war and crisis as Lebanon. But this is also where young people from Europe take part in a project every summer that expresses the ideal of a common humanity.

Karim’s back is covered in scars and his limbs are deformed. He cannot speak, walk, or eat by himself. He was about 14 years old when he was left in a home for disabled in Beirut. His neighbors heard screams and found the boy locked in a crate. Karim's fate is not an isolated case in Lebanon. 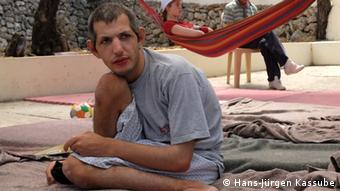 “Of course, in a country that is trying to drag itself back from complete collapse, the disabled are the last to be thought about." Franziskus von Heereman was a 19-year-old high school graduate when he first came to the war torn Lebanon in 1997. He was appalled by the situation of disabled people and the conditions in the facilities available to them. Homes were poorly equipped and there were far too few staff. The overstretched nurses were barely able to provide patients with the basics, and real care, not to mention funding, was out of the question. Many of the inmates were tied up, kept in straitjackets or sedated with drugs. But what most shocked von Heereman was their isolation. Along with a friend of his, a Lebanese priest, he developed the idea for a summer camp for the handicapped. 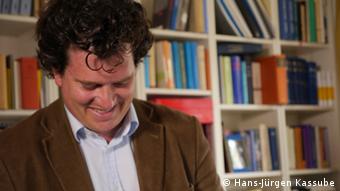 A year later he returned to Lebanon with 27 volunteers and support from the German branch of the Order of Malta. His aim was to give disabled people living in poor conditions, and especially in the homes, a brief holiday but memorable in a camp in the Lebanese mountains. During this time, each of the carers would look after a disabled person around the clock. 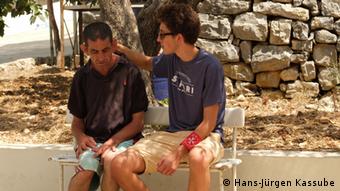 One-to-one care in the camp

The beginning was not easy. The Lebanese homes were skeptical as to whether the young German’s experiment would succeed. After all, his team weren’t trained nurses and the doctor at the first camp was an ENT intern. But the volunteers made up for their lack of expertise through passion and commitment. 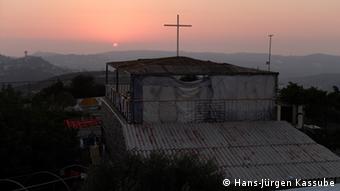 The camp in the mountains

In fact, the idea of taking the disabled and their needs seriously and trying to build up friendships with them has caught on in a big way. Every summer since 1998, some 150 home inmates of all ages have been coming to the camp - and the Lebanon Project’s volunteers now don’t just come from Germany, either. Meanwhile, Lebanese students are now also organizing camps for the disabled themselves. In addition, a completely renovated complex of buildings is due to open as a holiday home for the disabled in the mountains east of Beirut in 2015. 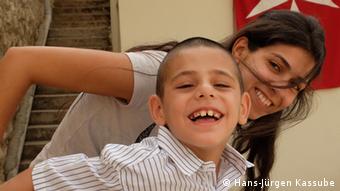 A holiday from the drabness of everyday life

"The fact that the spark has jumped to young people in Lebanon means the whole idea has become much more deeply rooted in the everyday life of our guests. You can see this in the homes, in the way the nurses themselves see their patients.” Von Heereman does not want to overstate the success of the LebanonProject, but he says he is sometimes surprised by the way something he initiated as a 19-year-old has developed over the years.

This film by Hans Christian Ostermann looks at the start and end of a four-week summer camp. It focuses on the volunteers and their guests, disabled people from homes in Beirut, and looks at the particular challenges facing everyone involved, as well as the crises and highlights of this extraordinary project.