The green roots of Berlin′s climate ambitions | Environment| All topics from climate change to conservation | DW | 27.11.2015

Like many cities across Europe, Berlin aims to become climate-neutral by mid-century. For the capital of alternative culture, this builds on community projects - like one that brings together green living and the arts. 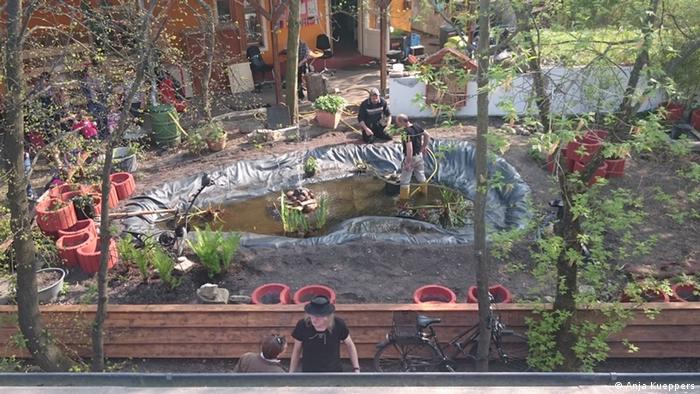 When it comes to renewable energy and the fight against climate change, European countries are known for progressive thinking and action - and Germany stands out as a leader in this field.

The government has committed to ambitious emission reductions goals. And environmentally aware Germans are well known for carefully separating and recycling their trash, and for their love of bicycles - and more recently, for the wind turbines and solar panels that now dot the German landscape.

Germany's capital, Berlin, has rich history, culture and nightlife. And now, it is also taking steps toward becoming a green European capital.

The city has a long history of sustainable living to build on.

An oasis of sustainability

Some four decades ago, the ufaFabrik in West Berlin became a model for how to live a more environmentally and socially responsible life. 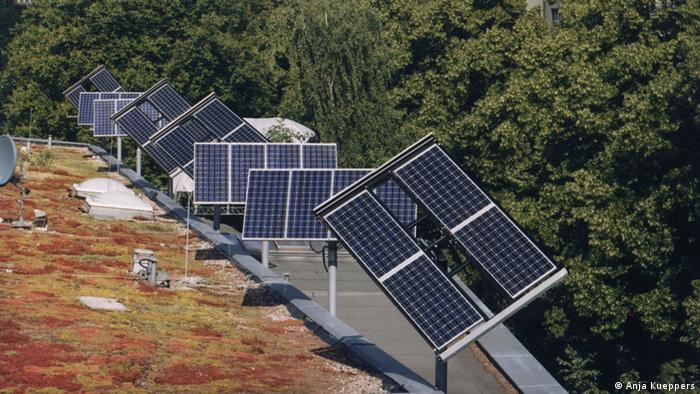 Solar panels on the roof of ufaFabrik, a sustainable arts and community in Berlin

In 1979, and a group of idealistic young people squatted a soon-to-be-demolished film production center. Their vision was to turn it into a sustainable oasis of culture.

They staged cultural events of all sorts - in the same buildings where Marlene Deitrich made silent movies during the heyday of Berlin's sparkling movie industry.

At the same time, they installed green rooftops, wind turbines and solar panels. They tried out energy-saving light bulbs, and recycled rainwater. They even used an old van to help produce heat and generate power.

Many thought they were crazy. But some joined them.

"We formed a collective," says Sigrid Niemer. "This was the beginning of a kind of sustainable thinking."

Niemer has watched the collective she helped create transform into a green cultural mecca. Today at the site, there is live theater and music - including their house band, a circus school for kids, dance and fitness courses, and a community center. 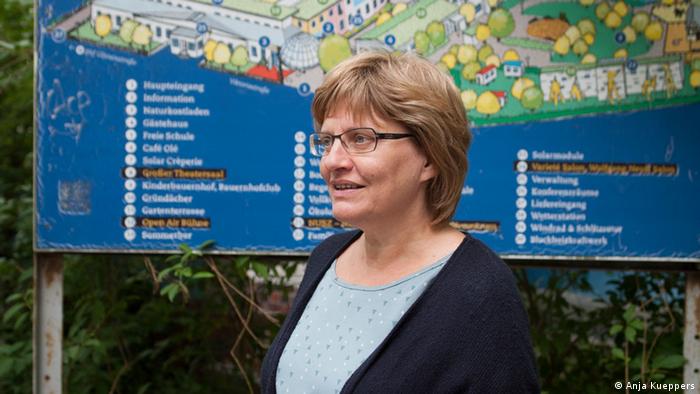 Niemer was part of the collective that set up ufaFabrik in 1979, and has seen it grow into a thriving community space

It's sustained by goodies from its own organic bakery - one of Berlin's first. And it's all driven by a climate-friendly energy supply.

Climate protection from the bottom up

The ufaFabrik is a sustainable success story. But Green Party spokesperson and Berlin City Assembly member Michael Schaefer says the city needs to do more to become a truly green capital.

"We lag behind when you look at Copenhagen, Amsterdam or Stockholm," he says.

Copenhagen aims to become fossil fuel-free by 2025, even though presently worldwide, urban areas are responsible for 80 percent of global green house gas emissions.

Schaefer believes that Berlin is finally on track to adopt a road map that would make the city climate-neutral by 2050.

With Berlin's building boom showing no signs of slowing, energy efficiency in buildings is to play a key role in reducing Berlin's CO2 emissions.

It's also a member of the Covenant of Mayors, a group of more than 6,500 European cities that have pledged to go further than the EU on climate protection. 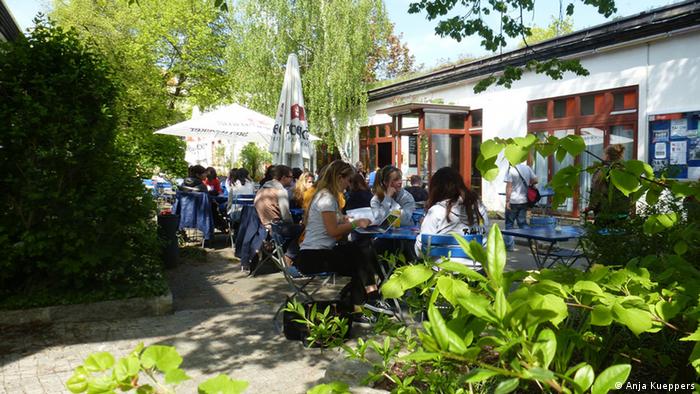 ufaFabrik's Cafe Ole in all its summer glory

Schaefer says success - for Berlin, and for the global climate change negotiations in Paris - will come much more easily through focusing on the business opportunities presented by climate change. Telling people to stop doing things like flying or driving doesn't work, he says.

Niemer says this kind of positive attitude is what led to the ufaFabrik's continuing success.

"There is no sense in blaming people. We just said it's good for our lives, and it might be good for your lives as well … and this is what the people loved."

The ufaFabrik is actively involved in Berlin's climate efforts, and recently hosted a conference to move forward the final phase of the city's energy and climate protection program.

Sustainability is about taking one steady step after another, Niemer says. Although it may take time, she insists that, "you can reach your vision."

For Berlin, that vision is becoming Europe's greenest - and most climate-friendly - city.

#climatechange: End of the world as we know it

Meet two young people dealing with effects from climate change today: A Pacific Islander likely forced to move in her lifetime and a Scandinavian whose traditional reindeer grazing grounds are disappearing. (27.11.2015)

Is American student debt too big to fail?