'The government in Baghdad must fall'

Iraq's Sunni Arabs have stepped up their protests against the current Shiite-ruled government, especially in Anbar and Niniveh provinces. DW spoke exclusively to Atheel al Nujaifi, the governor of Niniveh province. 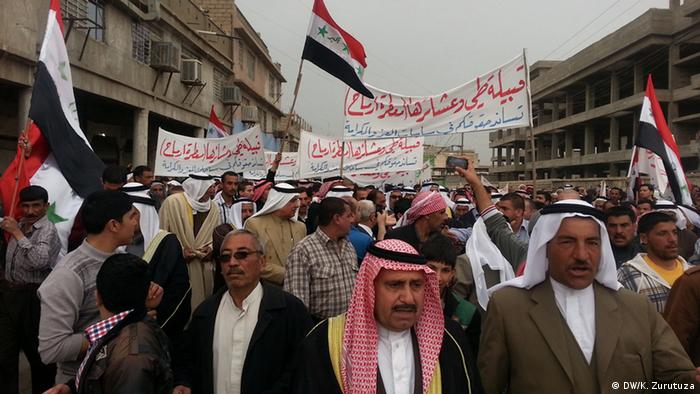 DW:You are Niniveh's most senior representative but you have openly supported the ongoing demonstrations in Mosul and even joined them several times over the last three months. Isn't that counterproductive?

Atheel al Nujaifi: Our local people are demanding their rights in a peaceful way. They want basic infrastructures such as water, electricity, and also employment; they are denouncing the abuses and also asking to play an active role in Iraq's government. There's a blatant lack of balance in power between Iraq's different communities after the invasion in 2003. Today, Iraq's Sunnis are subjected to systematic marginalization under the Shiite power in Baghdad.

President Nouri al-Maliki has denounced the "foreign agendas" behind the demonstrations in the country's Sunni provinces.

It's difficult to believe such an accusation when hundreds of thousands of people are peacefully demonstrating in the streets.

Many say that the crisis in neighboring Syria and the growing tensions between Shiites and Sunnis are putting Iraq on the brink of a new war. Do you agree?

The Iraqi people here are ready to help the Syrians because we are literally cousins on both sides of the border. Nonetheless, we disagree with the help Baghdad is giving to the Syrian regime. We have no objection about any economical support but we strongly reject helping (President Bashar) al-Assad kill his people. We know that our people are divided on this issue but we are not looking for separation. Instead of easing dialogue, Baghdad´s response is to deploy military units exclusively formed by Shiite soldiers in the area like the Al Jazeera Operation Command, something that is completely out of the legal system. I think we've gone through more difficult moments than this one in the recent past but we want a change in Baghdad. The government in Baghdad must fall or we will definitely get into more difficult times. 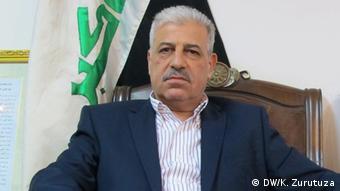 Local elections scheduled for April were suspended recently in the Anbar and Nineveh regions. Why do you think Baghdad has taken this step?

Al-Maliki knows that he doesn't have any kind of popularity in these areas so results would only be a clear proof of the little support he has among us. As a result of this move I'm sure that demonstrations will gather pace.

Relations between Nineveh and the Kurdish Regional Government (KRG) have also been tense mainly due to the territories disputed over by both Mosul and Erbil - the capital of the KRG. However, last year you managed to bring Kurdish politicians in Nineveh back to work after a three-year boycott.

Both of us think that we have bigger problems than the disputed areas subjected to article 140 - the article in the Iraqi Constitution dealing with the final status for the disputed territories between the central government and the Kurdistan Region.

We agree that priority number one is to bring democracy to the whole country. Today we accept the federal region of the Kurds and we also think that we deserve some kind of federal region like that of the Kurds. The whole administration is too centralized in Baghdad and we are all subjected to Shiite rule. The third point of agreement between the KRG and us deals with the share of the budget. According to the Iraqi Constitution, Mosul should get 11 percent of the whole Iraqi budget but we hardly get more than 2 percent. Both the Kurds and us think that we're not getting the right revenues from our gas and oil reserves. Nonetheless, we still disagree on article 140.

Baghdad has accused you of "selling Niniveh to the Kurds" after talks with the KRG and Exxon on the oil exploration in the Ninawa province.

They can say whatever they want. Al-Maliki has even tried to remove me several times after accusing me of signing some secret agreements with the Kurds. The fact is that there's no signed agreement between the Kurds and us, it's just a question of political coordination. The biggest paradox is that, after all that controversy, Baghdad eventually reached an agreement with the Kurds and we were left aside. The KRG is handling the issue by itself and, today, Niniveh is not getting any economic benefit from the oil under our feet. 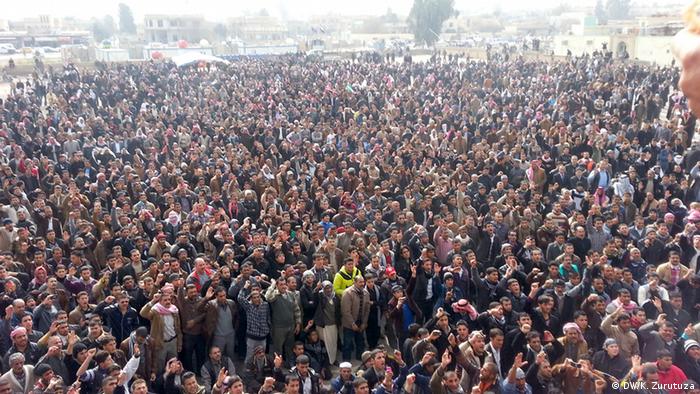 Mosul is still one of the most dangerous areas in Iraq. Is Iraq's second-biggest city still a safe haven for Islamic extremists?

Security has improved dramatically in the past few years but there are still some armed cells operating here, mainly Tehran backed militias. After the invasion in 2003, Iran and Syria supported some al Qaeda cells in the mainly Sunni areas to get rid of those Sunnis that could help restructure the local society. That said, it's not surprising that most of the attacks at that time were carried out in the Sunni regions and of course they put the blame on us afterwards. Even the Americans played a role here because in 2004 they turned the area into a battlefield. They ordered the local police to leave the city and left it in the hands of al Qaeda so they could fight them here.

But, unlike other Sunni provinces, you refused to join the Awakening Councils - the US-backed local militia set up in 2005 to fight al Qaeda. Why was that?

Historically Mosul always had very strong links with the regime. The people here were more loyal to the previous regime and they took that initiative as being illegal so we rejected the project.

Even if internal issues are resolved, can Iraq stand by itself amid the perceived threat of intervention by either Iran, the Gulf countries or Washington?

We can definitely govern ourselves if foreign forces have no direct authority in Iraq. The problem lies in the alien system the Americans imposed after the occupation. If foreign forces didn't operate in the country, we would be able to balance the power between Arabs, Kurds and Shiites. In fact, we could say that Washington deprived us of our own Arab Spring.

Atheel al Nujaifi is a leading member of Iraqiya - the major opposition bloc in the Iraqi Parliament - as well as Niniveh province's governor.

On the 10th anniversary of the US invasion of Iraq it's worth reflecting on whether containment - rather than intervention - is Washington's preferred option in dealing with crises, writes Richard Gowan. (20.03.2013)

Ten years after the US intervention in Iraq, unfair trials and torture are still common, says Amnesty International. The former occupying powers have also not dealt with the abuses for which they were responsible. (11.03.2013)