For immigrants, uprooting themselves is just the first step. It is even harder to replant themselves in a new country and make it "home." 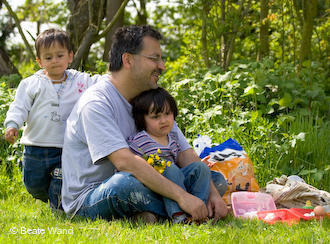 Yahyah Wardak is an Afghan national who came to Germany in 1992. He studied medicine in Slovakia, but Wardak was not able to practice his profession here in Germany. After ten anguishing years, he met and married his wife. They now have two children: daughter Jasmin and son Hewat -- a name that means "home."

Eurovox talks to Wardak about the difficulty of coming to his own in Germany -- and how he has found a place to put down roots at the International Garden.

Take a look at more pictures from the International Garden!

Listen to Episode 3 of the Garden Project!