The Free Voice of Egypt

Nawal El Saadawi is the "Grande Dame" of the Egyptian women's movement and one of the most prominent champions of women's rights in the Arab world. 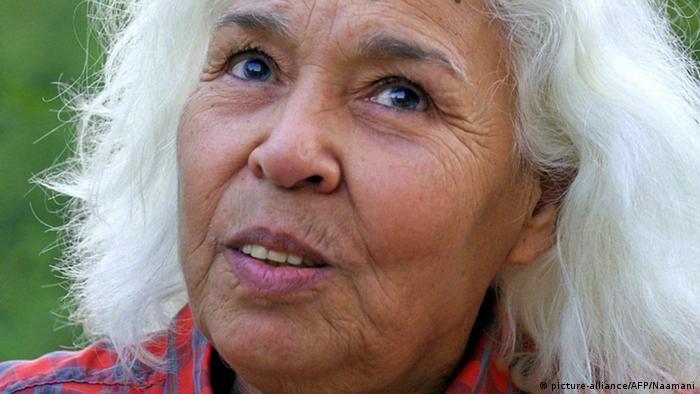 This documentary gives a rare insight into the life of people in Egypt. What has changed for women and girls there in the 60 years that Nawal El Saadawi has been fighting for a better and more just world?

In the documentary, Nawal El Saadawi, who was born on 27 October 1931, looks back on her past. Her story begins with her memory of the trauma of being subjected to genital mutilation, how she experienced the oppression of girls and women, and how she was able to avoid her own forced marriage.

As an adult, El Saadawi first worked as a doctor before taking up writing and the fight for women’s rights, which would become her life’s work. She has had to pay a high price for it. Her books were not published in Egypt for decades. When her first non-fiction book was finally published in her home country, she lost her job at the Egyptian Ministry of Health and was banned from practicing her profession. In the 1990s, she received death threats from Islamic fundamentalists and was forced to spend time in exile in the United States.

El Saadawi's novels, plays and stories, which denounce the violence, sexual oppression and poverty faced by women in her home country, have been translated into over 30 languages. Today, El Saadawi is regarded as a pioneer of the Egyptian women's movement. Her literary works have attracted worldwide attention, and she is a regularly mentioned as a candidate for the Nobel Prize in Literature.

The film accompanies El Saadawi on a visit back to her childhood village in the Nile Delta. It is her first visit in years - until recently a return was considered too dangerous because of the threats that have been made against her life.

How does the "Lioness of the Nile” view the situation of women in present-day Egypt, a country where an estimated 87% of women over the age of 15 have been subjected to genital mutilation - one of the highest rates in the world despite its ban in 2007 - and where the sexual harassment of women is part of everyday life?