The father of underground comics: Robert Crumb at 75

The compulsive artist became the best known figure of the underground comix movement. Robert Crumb's work is controversial, but fans love the way he targets corporate America — including Donald Trump.

"I'm not here to be polite," declares Robert Crumb in a famous cartoon depiction of himself.

Extensive LSD use contributed to the unique style he developed. The artist found release from his tormented, sexually obsessed psyche by creating notoriously politically incorrect and misogynistic cartoons. Despite criticism, Crumb, born on August 30, 1943, remains one of the most influential figures of US counterculture.

"My comics appealed to the hard-drinking, hard-fucking end of the hippie spectrum as opposed to the spiritual, Eastern-religious, lighter-than-air type hippie," said the cartoonist who also created the artwork for Janis Joplin's Big Brother & The Holding Company Cheap Thrills album. 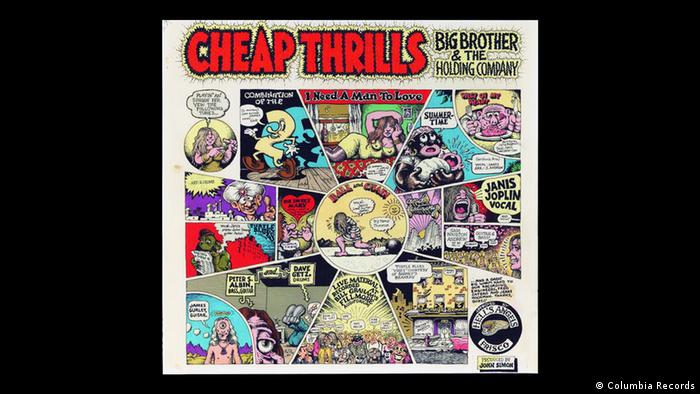 The cartoonist, who often signs R. Crumb, expressed his disgust with America throughout his career, including in his Point the Finger series.

In the 1989 series, Crumb targeted different people, including a real estate mogul who'd decades later become the president of the United States.

The cartoonist portrayed himself meeting Donald Trump. In the cartoon, he described the multimillionaire as "one of the more visible big time predators who feed on society," a "slime-ball," as well as "one of the most evil men alive."

Click through the gallery above to rediscover some of Crumb's most famous — and shameless — characters.

One year as president: Donald Trump as cover boy

During Donald Trump's first year in office, editors and illustrators have let their creativity run wild, inspiring more than a few cartoons. Here's a selection of some the best covers depicting the president. (19.01.2018)

Cartoonists worldwide have been playing up President Donald Trump's comments following a summit with Russian President Vladimir Putin in Helsinki. The satirical political cartoons have been on high social media rotation. (19.07.2018)