The EU′s Libyan headache is growing worse | World| Breaking news and perspectives from around the globe | DW | 16.11.2013

Libya is drifting deeper into chaos, but the EU has few ways to stabilize the country so close to its southern edge. It is also unclear how Europe would deal with the collapse of the government in Tripoli. 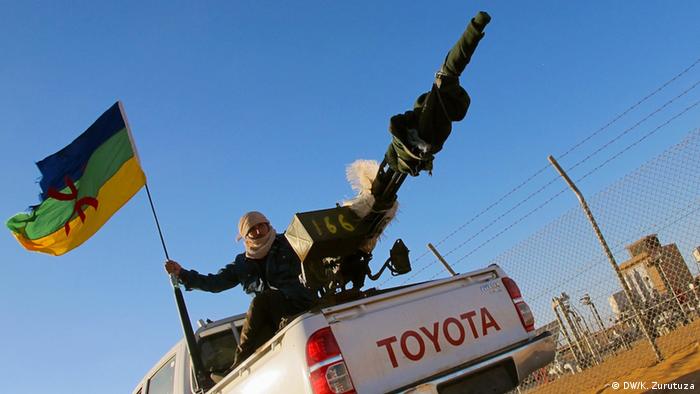 The security situation in Libya is catastrophic, with local conflicts and tribal feuds spreading fast. Many towns are controlled by militias, the country has lost billions of euros because one regional movement or another has occupied its oilfields.

The central government is weak and transitional prime minister Ali Zeidan has warned that he would invite foreign intervention, if anarchy continued to increase. "The international community cannot tolerate a state on the Mediterranean that is a source of violence, terror, and murder," he warned.

But the international community is at a loss. Two years after the fall of long-term dictator Moammar Gadhafi the situation is still deteriorating. The problems are a direct concern for the European Union. Refugees from Africa and the Middle East use the country as a springboard across the Mediterranean. Extremists and terrorists can move freely across the borders. And stops to oil production affect the energy supply to Europe. 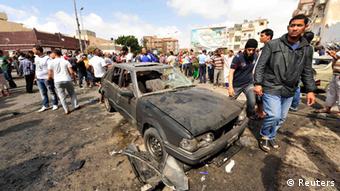 Libya is descending further into chaos and crisis

But the EU also has few opportunities to have any influence on Libya. Political scientist Luis Martinez of the Paris-based research institute CERI believes this is partly down to a lack of contacts in the country. "Libya was not one of Europe's partners in its Mediterranean policy," he told DW. For that reason, he argues, Europe initially lacked the expertise to act quickly and effectively.

In the meantime, the EU and its individual member states have started a number of aid projects. According to the country's foreign ministry, Germany alone has invested 25 million euros ($34 million) in measures to stabilize Libya since the autumn of 2011. More than half of this was allocated to the destruction of weapons and mines, while 3.2 million euros was handed to non-governmental organizations to boost democracy and civil society. And there was also humanitarian aid.

According to the European External Action Service, the EU has invested 30 million euros in the extension and administration of democratic structures. On top of this, European police officers have been sent to train Libyan border guards.

These measures are yet to bear fruit, but Jason Pack, Libya expert at the University of Cambridge in the UK, thinks that all support is vital, particularly the training for civil servants. "The Libyans have money and resources and good people in some areas, but they can't administer their ministries and don't manage to pay the men guarding the oilfields on time," he told DW.

According to Pack, there is little point in simply supporting the government in Tripoli. "The central government can't deal with the extension of structures and competences," he said. Instead, Europe's money would be better spent on funding local councils and civil society groups to strengthen local administrative and security structures.

It remains unclear how much power the central government, the provinces, and the regions should have in the future. In the eastern Libyan region of Cyrenaica, many people are demanding autonomy, while other areas are also displeased with the centralized structures that Gadhafi forced on them. 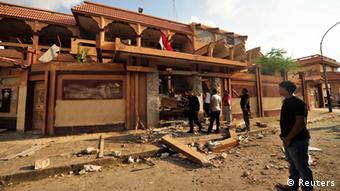 Claudia Gazzani, Libya specialist at the International Crisis Group, is calling for the EU to support more dialogue - an area that the United Nations and other states are also keen to bolster. "They want to promote talks on issues like identity and appease opposing groups," said Gazzani, who works in Libya herself.

Dealing with the separatists

Martinez, on the other hand, thinks it won't be possible to hold the country together - the forces pulling it apart are too strong. "We have to help Libya not resist this development, but to find a peaceful way to leave a central, authoritarian state behind and work towards a federal state or several states," he said. The alternative, he argued, could be conflict.

Europe, then, is left with the question of how to deal with this potential fragmentation. Countries like Italy, and companies like the Italian energy giant Eni have long profited from having a strong central state in Libya. Tripoli's power once secured a country with the largest oil reserves in Africa, but now important pipelines and oil refineries are lying dormant. "The problem for us Europeans is how we reconcile secure energy supplies with the population's freedom to choose," said Martinez.

Pack, on the other hand, sees no danger that the country will break apart, and argues that most of the people of Cyrenaica are not separatists. He said there needs to be a common international process. All the states that once rebelled against Gadhafi - even the predominantly Islamic ones - should work together. That, he argues, would send a strong signal to the militias and everyone who stands in the way of a peaceful solution.